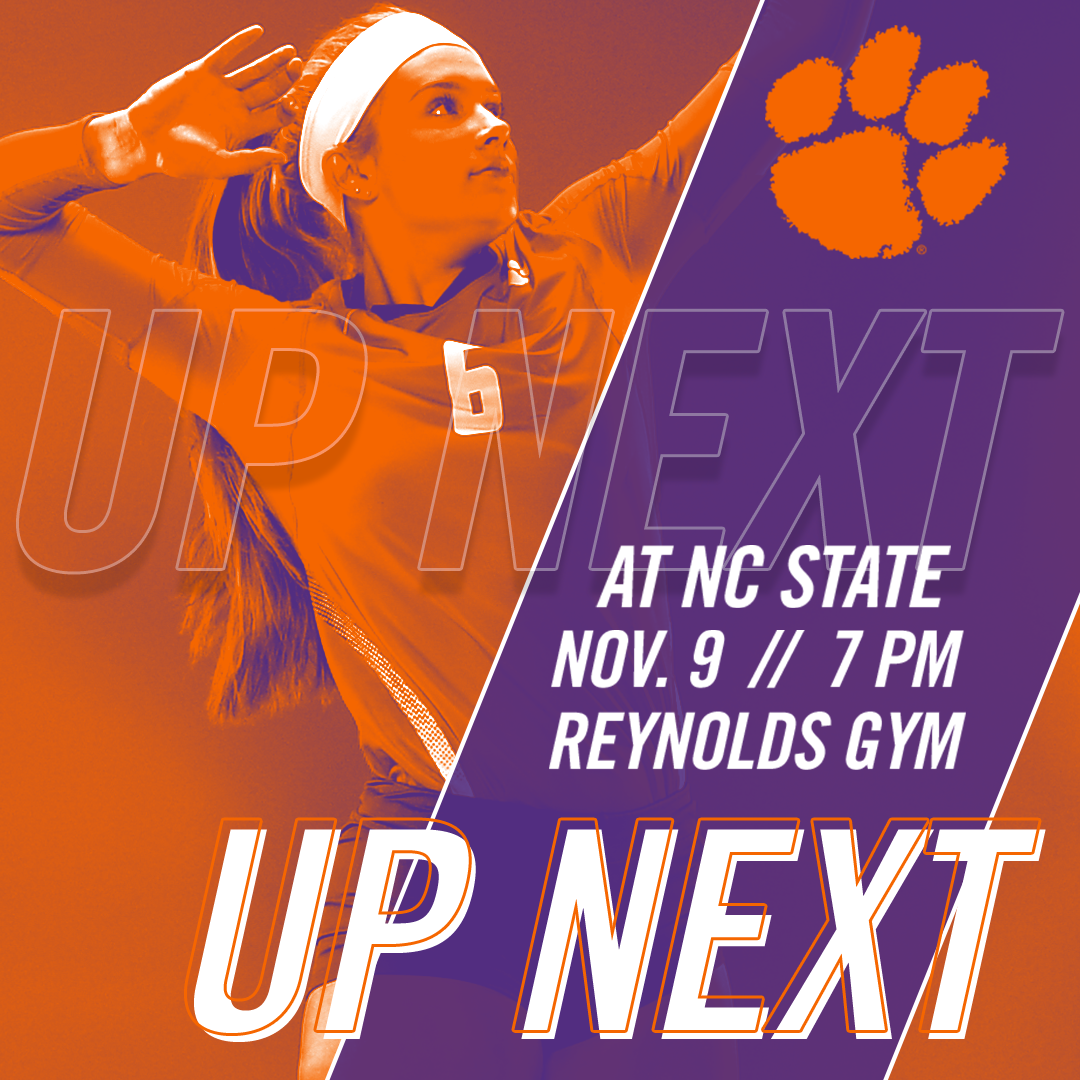 Clemson (7-19, 2-12 ACC) is coming off a pair of losses at Virginia (3-0) and Virginia Tech (3-1) last weekend. The Tigers were led by sophomore outside hitter Kaylin Korte, who posted back-to-back 13-kill performances against the Cavaliers and Hokies.

Clemson will square off against NC State (17-8, 2-12 ACC) for the second and final time this season. The Wolfpack got the best of the Tigers in Jervey Gym, winning in three sets on Oct. 1. NC State is one of the top offenses in the ACC, ranking second in both kills per set (14.48) and assists per set (13.87), and third in hitting percentage (.264) against conference opponents this season. Wolfpack junior setter Kylie Pickrell currently leads the ACC in assists per set (11.86) against conference foes. The last time the Tigers won in Reynolds Gym was in a 3-1 victory in 2010.

North Carolina (12-10, 9-5 ACC) is coming off back-to home sweeps over Boston College and Syracuse. The Tigers and Tar Heels are set to play for the second time this season after UNC won, 3-1, in Jervey Gym on Sept. 29. Clemson was led by Chapel Hill, N.C., native Annie Carter, who posted 10 kills and hit .348 against UNC. North Carolina is led by senior middle hitter Beth Nordhorn, who leads the ACC in hitting percentage (.421), and redshirt freshman middle hitter Katharine Esterley, who ranks second in the conference in blocks per set (1.47) in conference matches.