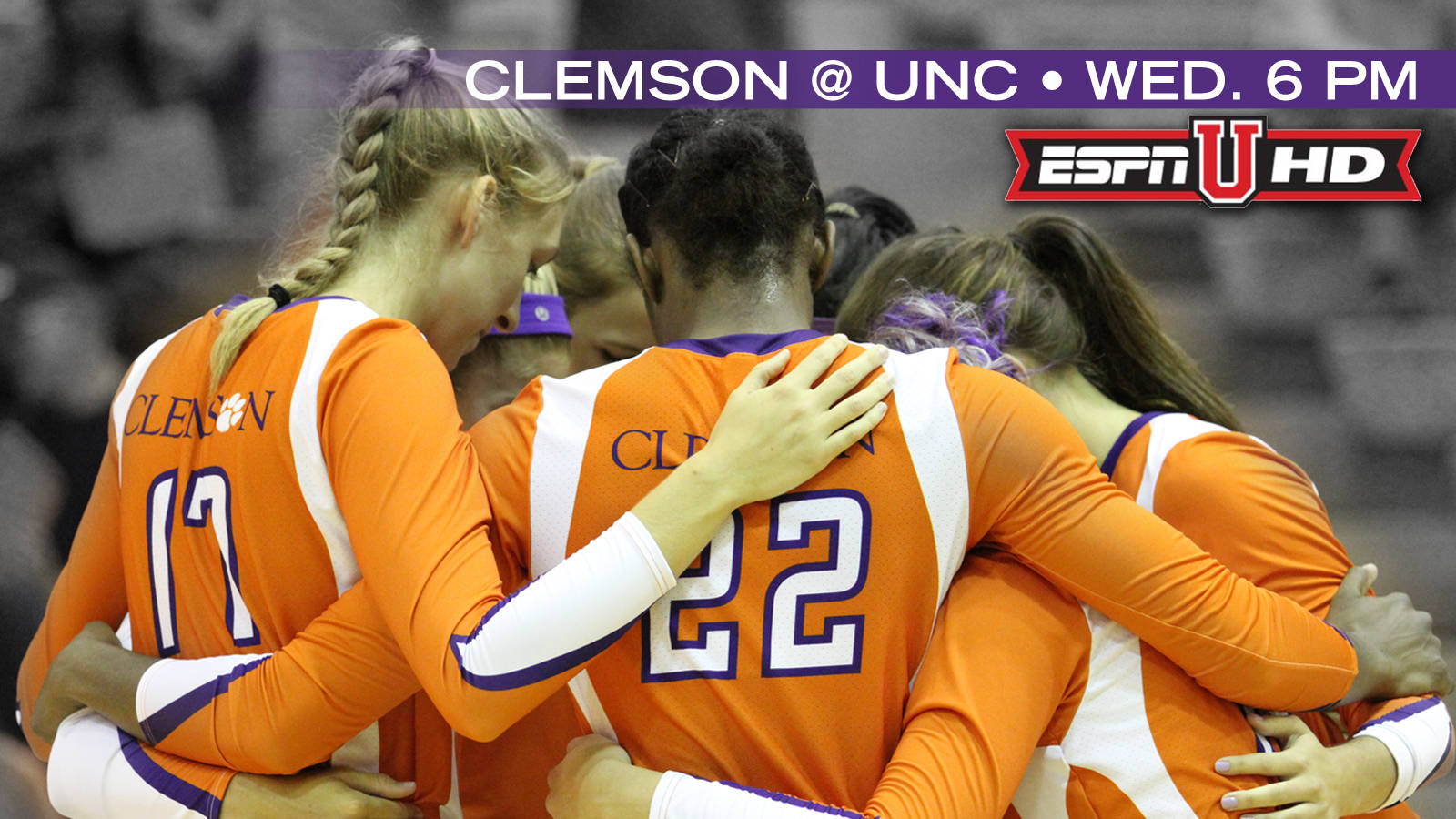 CLEMSON, SC – The Clemson volleyball team will take on ACC-foe North Carolina (11-2, 2-1 ACC) at Carmichael Auditorium on Wednesday night at 6:00 pm in a match that will be televised live by ESPNU. It will be the 70th all-time meeting between Clemson (10-4, 1-2 ACC) and the Tar Heels. In addition to the live television coverage, live scoring will be available at ClemsonTigers.com. The matchup features two the ACC two winningest coaches all-time, as North Carolina’s Joe Sagula has won 456 matches at the school, while Jolene Jordan Hoover has tallied 408 in her Clemson career. Sagula (226) and Hoover (198) are also one and two all-time in career ACC victories, respectively. It will be the 70th meeting all-time between the schools, with UNC holding a 53-16 all-time advantage. This is Clemson’s most common opponent, ahead of The Tigers’ 64 meetings with Maryland. Last season, North Carolina took both meetings against the Tigers, a 3-0 decision in Chapel Hill and a 3-2 win in Clemson. Since 2005, at least one of the two has gone to the NCAA Tournament, except for 2006, a run of five straight years, and six of the past seven. Clemson is led offensively by junior Mo Simmons, who ranks third in the ACC at 3.91 kills per set. Senior Sandra Adeleye is not far behind, ranking ninth at 3.39 kills per set. Adeleye is hitting .361 this season, good for eighth in the league. The Tigers are second in the league in kills (14.20), assists (13.18), and aces (1.61) per set, and are fourth in hitting percentage (.260). Defensively, the Tigers are third in the ACC at 16.02 digs per set. North Carolina currently has five players averaging more than two kills per set, led by Emily McGee and Chaniel Nelson. The Tigers will return to Clemson after the match and prepare to head to Raleigh to take on NC State on Saturday at 5:00 pm.