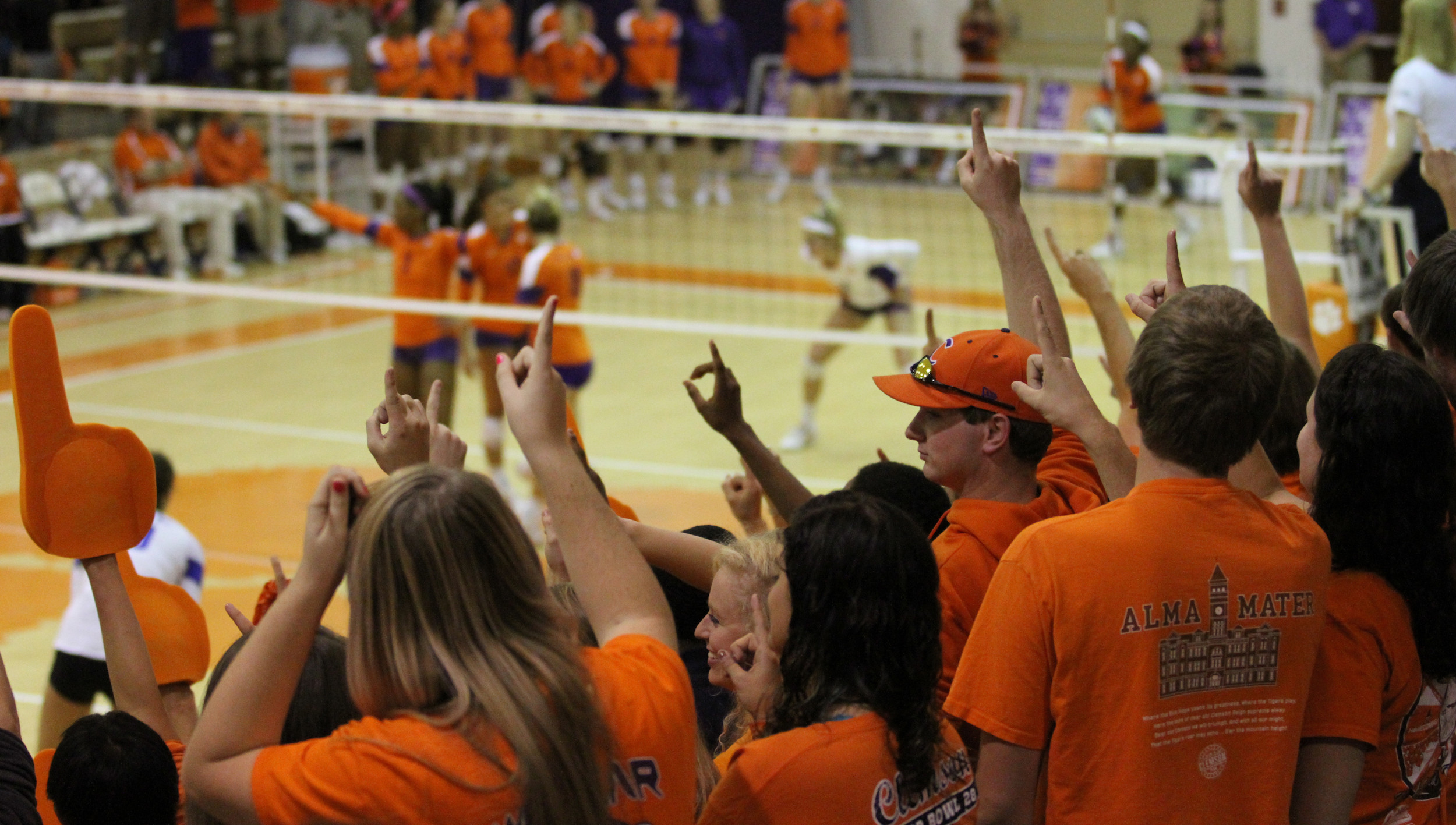 CLEMSON, SC- The Clemson Volleyball team will take on UNC Asheville on Thursday, March 28, as a part of their spring exhibition schedule. The Tigers are set to play at 5:00 pm at the Justice Center in Asheville, NC.Last year, the Bulldogs finished 12-20 on the season, and 7-7 in the Big South Conference. UNC Asheville will be looking to replace outside hitter Holly Shelton, who led the team in kills with 353.Clemson and UNC Asheville have not faced each other in the regular season since the 1994 season. In that match, played in Jervey Gym, the Tigers won in three sets (15-1, 15-1, 15-7).The Tigers, who beat Wofford in three sets on March 14, will play their second of five spring matches against UNC-Asheville. In their win over the Terriers, Mo Simmons led the Tiger attack with 14 kills and 10 digs.Clemson also has a home match against South Carolina on April 5, and will host a tournament with Georgia State and USC Upstate on April 13.