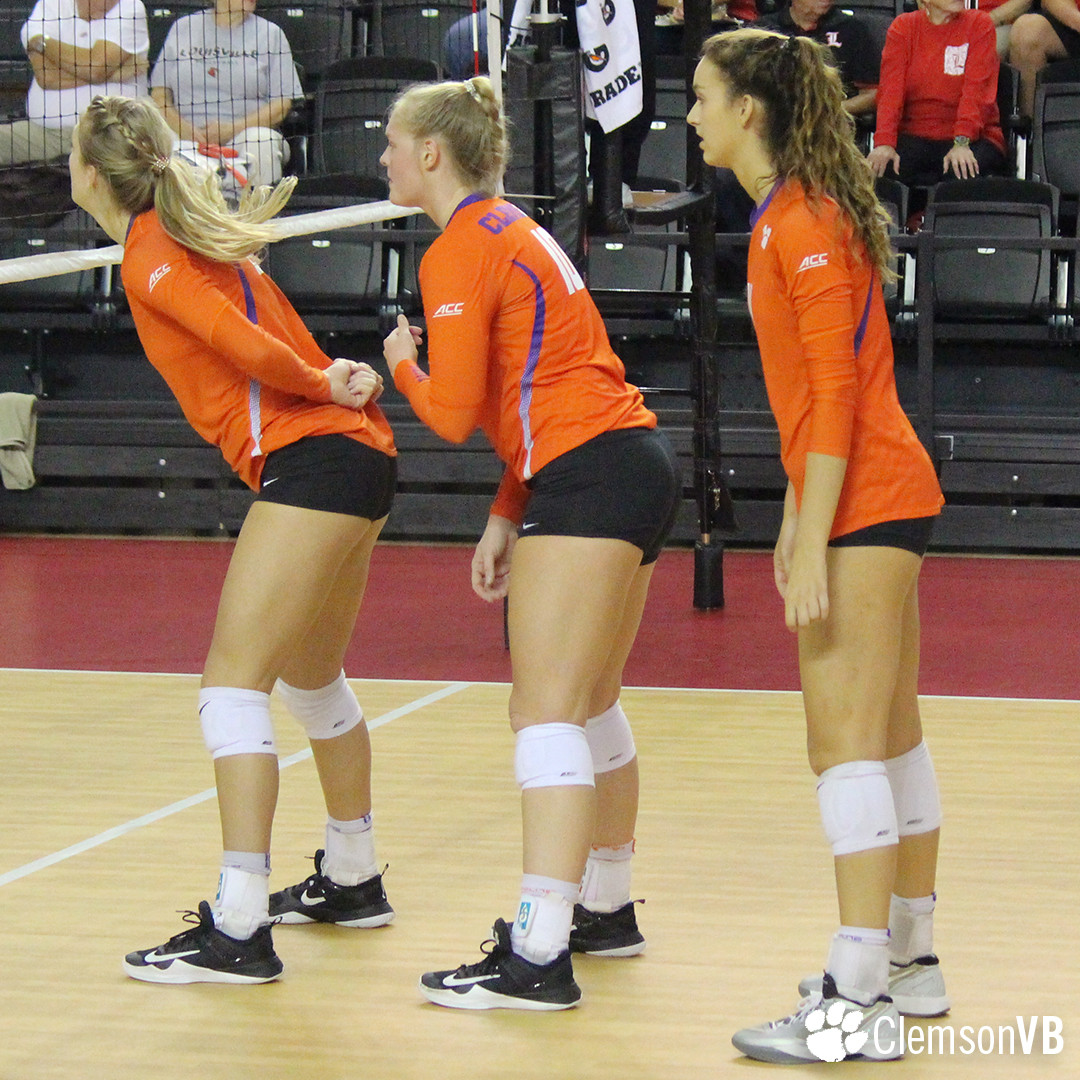 The Cardinals jumped out to an early 12-8 lead in the first frame before extending their lead to 22-14. After a service error by Louisville junior libero Molly Sauer, putting Woogk at the service line for Clemson, the Cardinals went on a 3-0 run to claim the set. From there, the Tigers could not recover, dropping sets two and three, 16-25 and 13-25, respectively. For the match, Louisville achieved a sideout percentage of 79 percent, compared to Clemson’s 45 percent.

Up next, the Tigers take on Notre Dame (13-5, 3-4 ACC) Sunday, Oct. 15 at 1 p.m., in Purcell Pavilion. Sunday’s contest against the Fighting Irish will air on ACC Network Extra. Live stats can be accessed on clemsontigers.com. Notre Dame fell to Georgia Tech Friday evening in South Bend, Ind., 3-1.