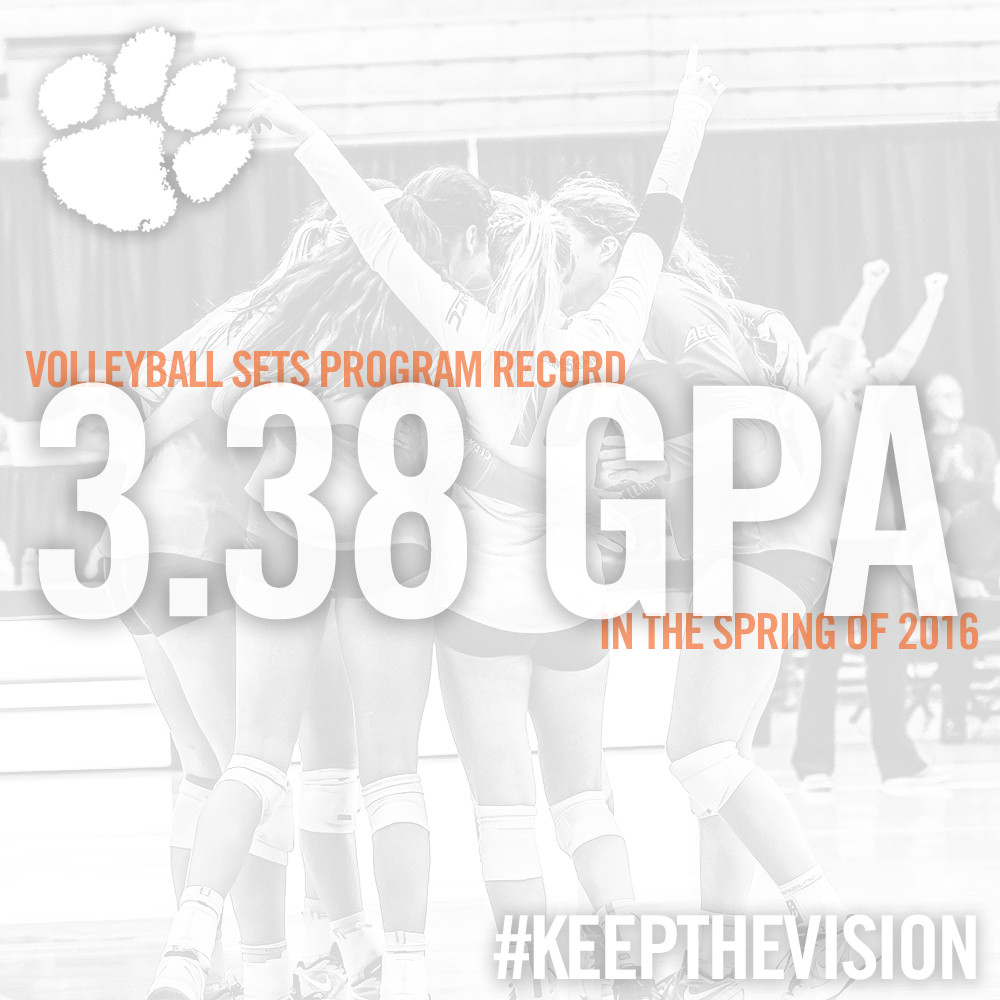 CLEMSON, S.C. – In the spring of 2016, the Clemson volleyball team made program history in the classroom by recording its all-time best GPA and its all-time most student-athletes on the honor roll in a single semester. The program also graduated both of its seniors, Alex Lynch and Lou Davis.

“We’re extremely proud of our team’s efforts in the classroom this spring,” said head coach Hugh Hernesman. “Being successful on the court takes great discipline, just like being successful in the classroom does. We’re firm believers that these two pieces are correlated. Academic excellence is a key component to our program culture and to see our team make tangible efforts to push themselves even further in the classroom- further than this program has ever gone- shows how important the academic piece is to our team.”

Hernesman’s team earned a record 3.38 cumulative GPA in the spring, giving it a 3.26 GPA overall. The previous record was set in the spring of 2008 when the team recorded a 3.23. The team also bettered a record it set last year by landing 12 student-athletes on the honor roll.

“For us to set a program record in this area truly means a lot to everyone involved in our program. While our student-athletes deserve nearly all of the credit, we’d be remiss to not acknowledge the efforts of Lindsey Ricketts and the academic staff over at Vickery Hall for everything they do to assist our student-athletes along the way.”