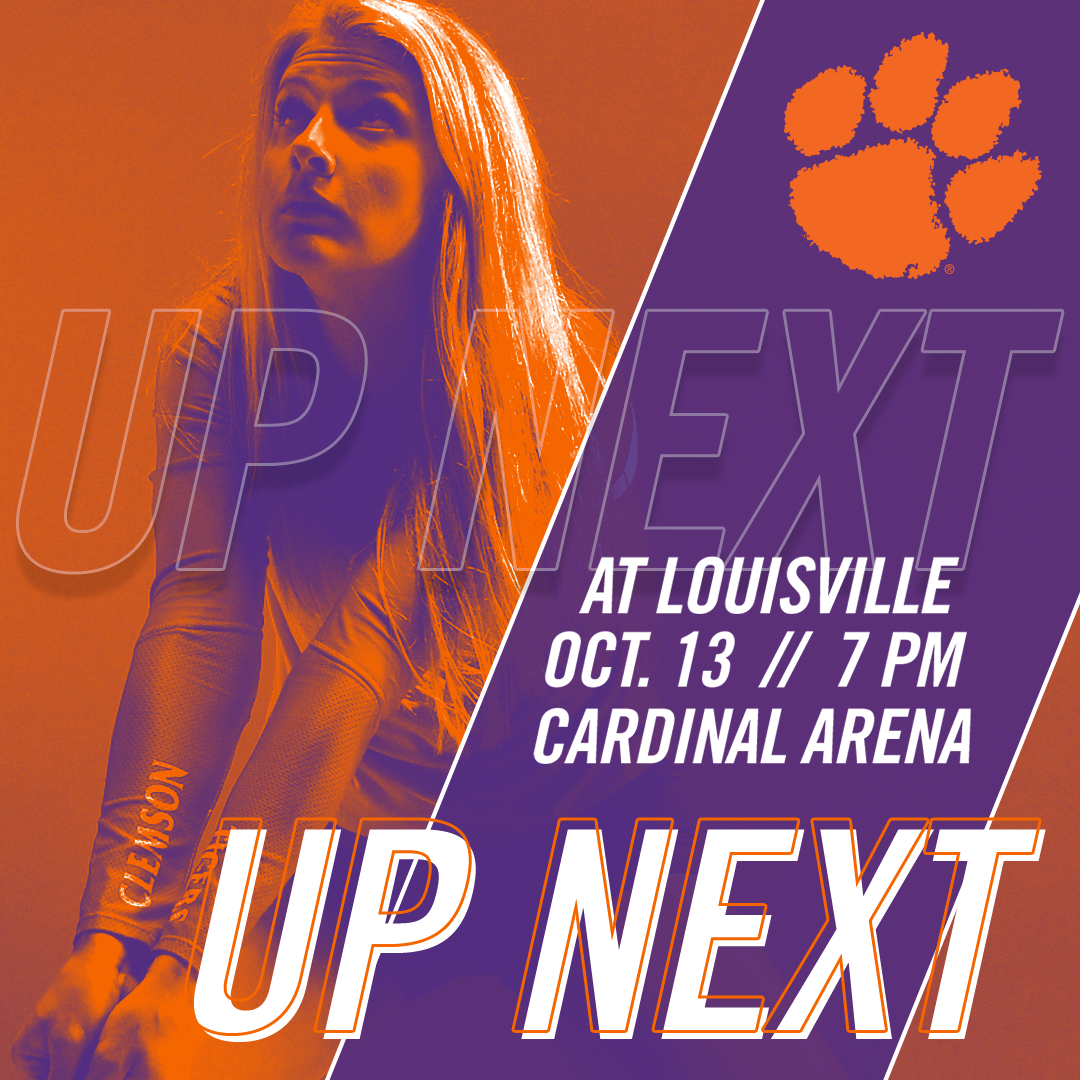 CLEMSON, S.C. – The Clemson volleyball team is set to travel to Louisville and Notre Dame for a pair of ACC matches on Friday and Sunday, respectively. Friday’s contest against the Cardinals is scheduled for 7 p.m., while Sunday’s match against the Fighting Irish is slated for 1 p.m. Both matches will air on ACC Network Extra.

Clemson (5-13, 0-6 ACC) enters the weekend after falling, 3-0, to Syracuse on Friday and Boston College Sunday. The Tigers were led by sophomore outside hitter Kaylin Korte, who posted 12 kills against the Orange and averaged 3.50 kills per set for the weekend.

Louisville (11-5, 5-1 ACC) is riding a four-match winning streak and is coming off a road trip in which the Cardinals downed both Virginia Tech and Virginia, 3-1. Junior setter Wilma Rivera currently leads the ACC, averaging 10.70 assists per set. In ACC matches only, the Cardinals rank second in the conference in kills per set (14.29), digs per set (16.88) and opponent blocks per set (1.50). Clemson is 0-6 all-time against Louisville.

Notre Dame (13-14, 3-3 ACC) is also coming off a pair of 3-1 wins over Virginia and Virginia Tech after winning a five-set match against Florida State to open the month of October. The Fighting Irish currently rank third in the country in both digs per set (18.63) and team attacks per set (40.56), and fourth in opponent hitting percentage (.136). Notre Dame is led by sophomore outside hitter Jemma Yeadon, who leads the nation in attacks per set (14.74), and junior libero Ryann DeJarld, who is No. 2 in the country in digs per set (6.27). Clemson is 3-5 all-time and 1-3 in ACC play against Notre Dame.