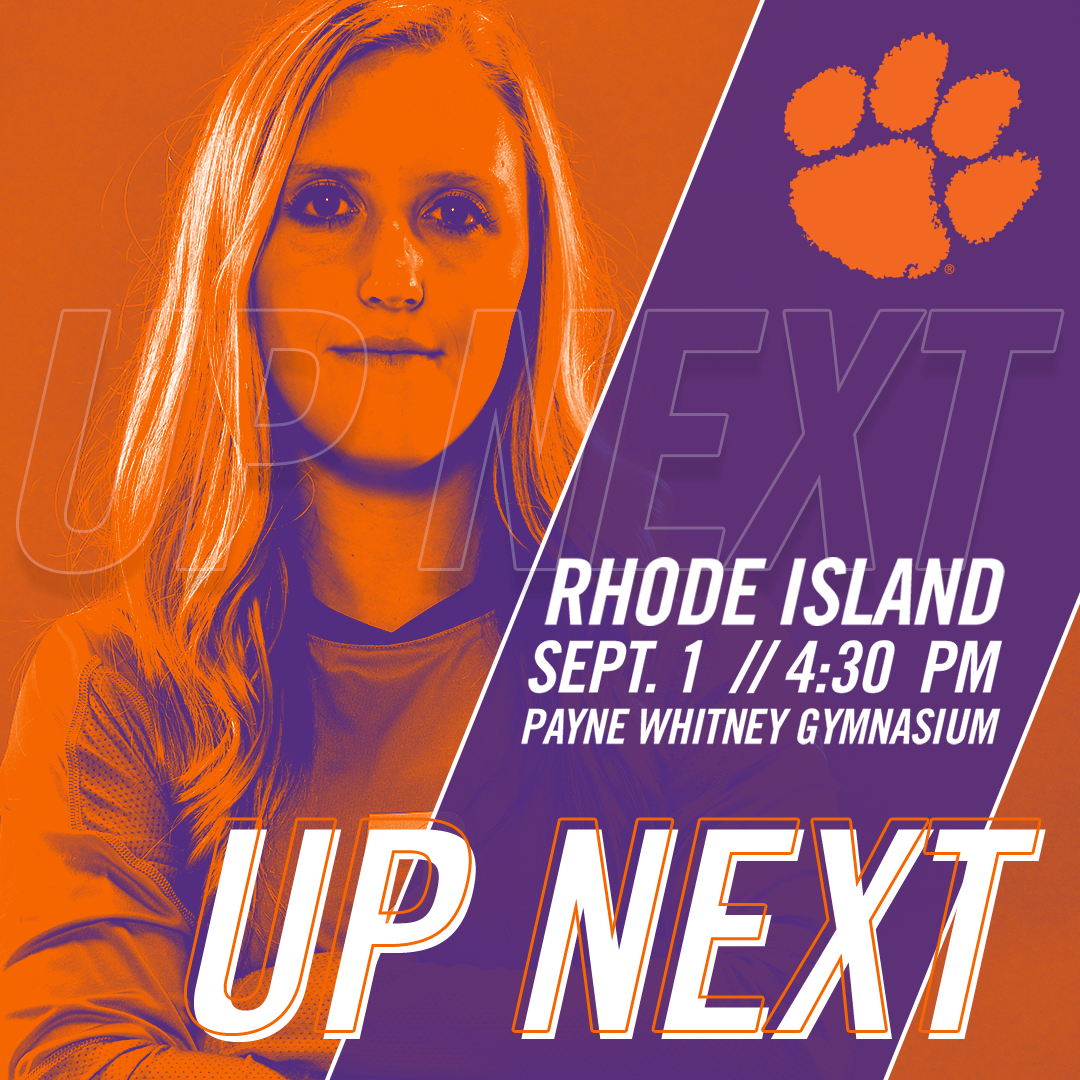 “We’re really excited to take our first road trip together as a team. It was awesome seeing the girls’ excitement as we landed in New York. For a few of them, it is there first time being here, so it’s an exciting time for our team to travel together for the first time,” said Clemson head coach Michaela Franklin. “From a volleyball standpoint, we’re looking forward to playing three competitive teams that are probably going to do well within their conference. It’s going to present a different challenge with being on the road, since we’ve started off playing at home for our first four matches. We’re looking forward to being able to bring our identity on the road and to bring our team culture on the road.”

The Tigers are coming off a 3-0 loss against Kennesaw State this past Tuesday. Sophomore outside hitter Kaylin Korte led all Clemson hitters with 10 kills.

All three Clemson matches will air on the Ivy League Network. Live stats can be accessed on clemsontigers.com.

The Tigers were blanked (3-0) by Kennesaw State (2-0) on Tuesday … Kaylin Korte, a sophomore transfer from Illinois, led the Tigers in a losing effort with 10 kills.

As of Aug. 30, Clemson ranks fifth in the ACC, holding opponents to .165 hitting percentage.

Junior setter Caroline Pearson, a transfer from Arizona State, ranks fifth in the ACC in assists per set (10.40).

Junior outside hitter Kailey Harvell was tabbed the Tournament MVP of the Big Orange Bash after averaging 3.58 kills per set, while hitting .366.

Korte and McGinley were named to the All-Tournament Team … Korte averaged 3.42 kills per set and 2.58 digs per set … McGinley averaged 2.17 kills per set, while hitting 3.85

McGinley also tallied seven blocks the weekend of the Big Orange Bash, including two block solos and a match-winning block assist in the Tigers’ five-set win over Jacksonville.