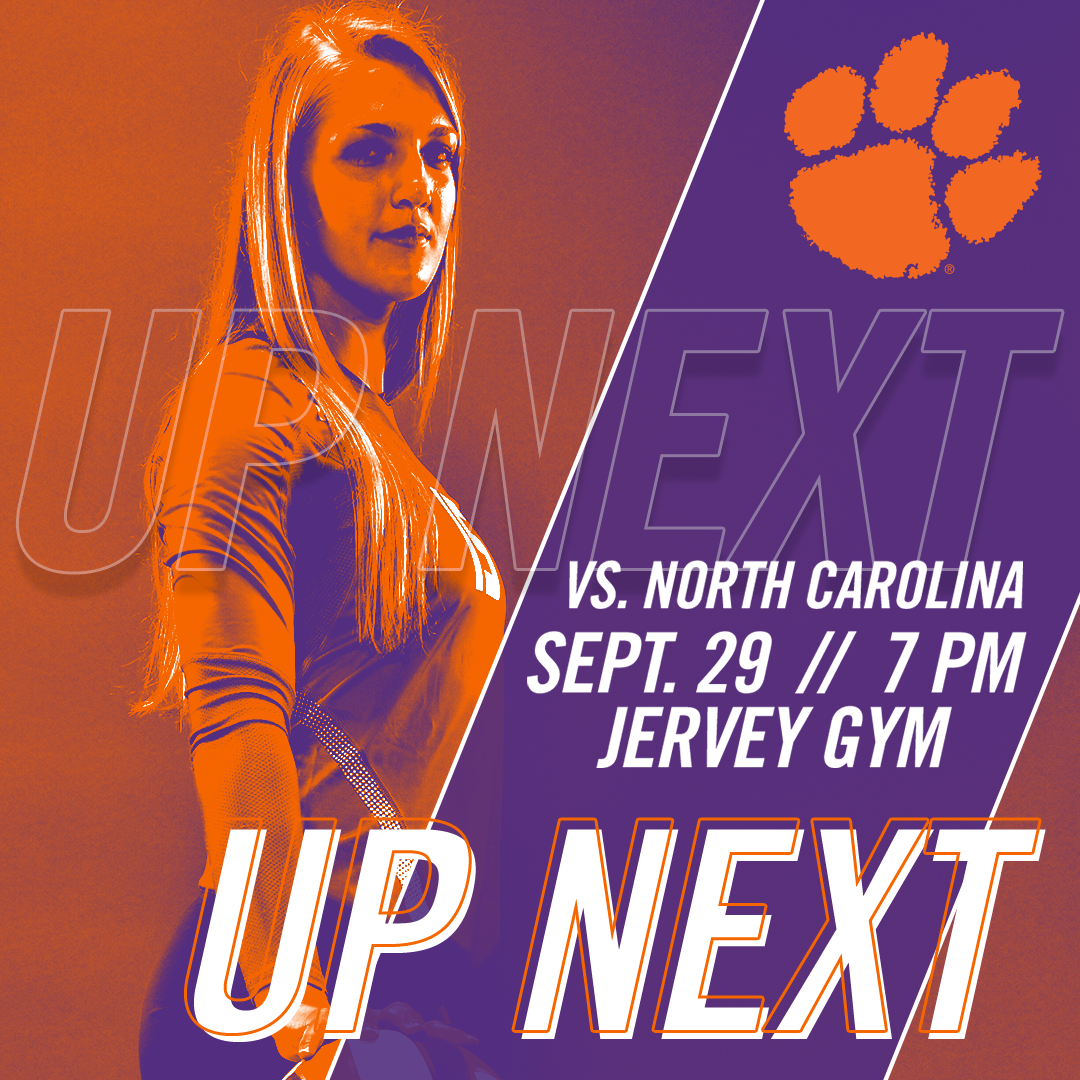 CLEMSON, S.C. – The Clemson volleyball team hosts North Carolina and NC State in Jervey Gym on Friday and Sunday, respectively. Friday’s contest against the the Tar Heels is scheduled for 7 p.m., while Sunday’s match against the Wolfpack is slated for 1 p.m., with both matches streaming on ACC Network Extra.

Clemson (5-9, 0-2 ACC) enters weekend action after taking Wake Forest to four sets in Winston-Salem, N.C., Sunday in which the Demon Deacons edged the Tigers by just two points in their three sets won. Redshirt-sophomore outside hitter Annie Carter tied her season high of 12 kills, while hitting .476 for the match.

North Carolina (4-6, 1-1 ACC) has played in four consecutive five-set matches and are 2-2 on the year in five-setters, having dropped the first then won the second over each of the past two weekends. UNC dropped its opening ACC match to NC State, 3-2, before defeating Louisville, 3-2, Sunday. Clemson has not beaten North Carolina since 2009.

NC State (7-6, 2-0 ACC) remains undefeated in ACC play after downing UNC and Notre Dame, both in five sets, last week. Clemson will look to take down the Wolfpack for the first time since 2014. NC State travels to Georgia Tech Friday before Sunday’s tilt against the Tigers.