CLEMSON, S.C. – The Clemson volleyball team (13-17, 4-14 ACC) has accepted an invitation to compete in the Women’s National Invitational Volleyball Championship (NIVC), which will commence Dec. 1-13.

Clemson’s acceptance to the NIVC tournament marks the first postseason appearance since making the quarterfinals of the NIVC in 2018. This season, Clemson defeated both in-state rival South Carolina and ACC foe Notre Dame for the first time since 2014. The win against South Carolina also marked the first victory over the Gamecocks in Jervey Gym since 2013, and the win against Notre Dame was only the second time Clemson has defeated the Fighting Irish on the road. This year marks the 10th time in program history the Tigers have made a postseason appearance (eight NCAA appearances, one NIVC appearance).

The NIVC is a single-elimination event with all games played at sites of host schools. THE NIVC is committed to offering deserved opportunities to women’s volleyball programs, and the 2022 Postseason NIVC features a full 32-team bracket. The NIVC offers teams an opportunity to get more practices in, to experience playoff-atmosphere games, to play in front of passionate fans and to use their NIVC success as a springboard next season. 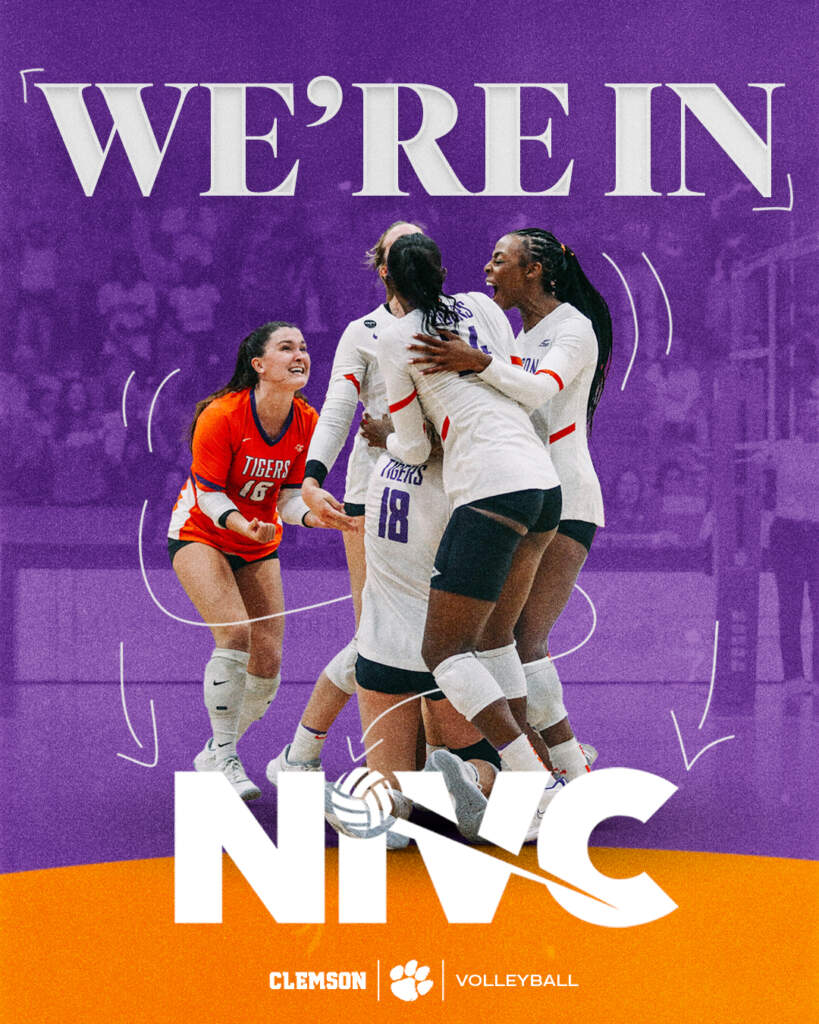 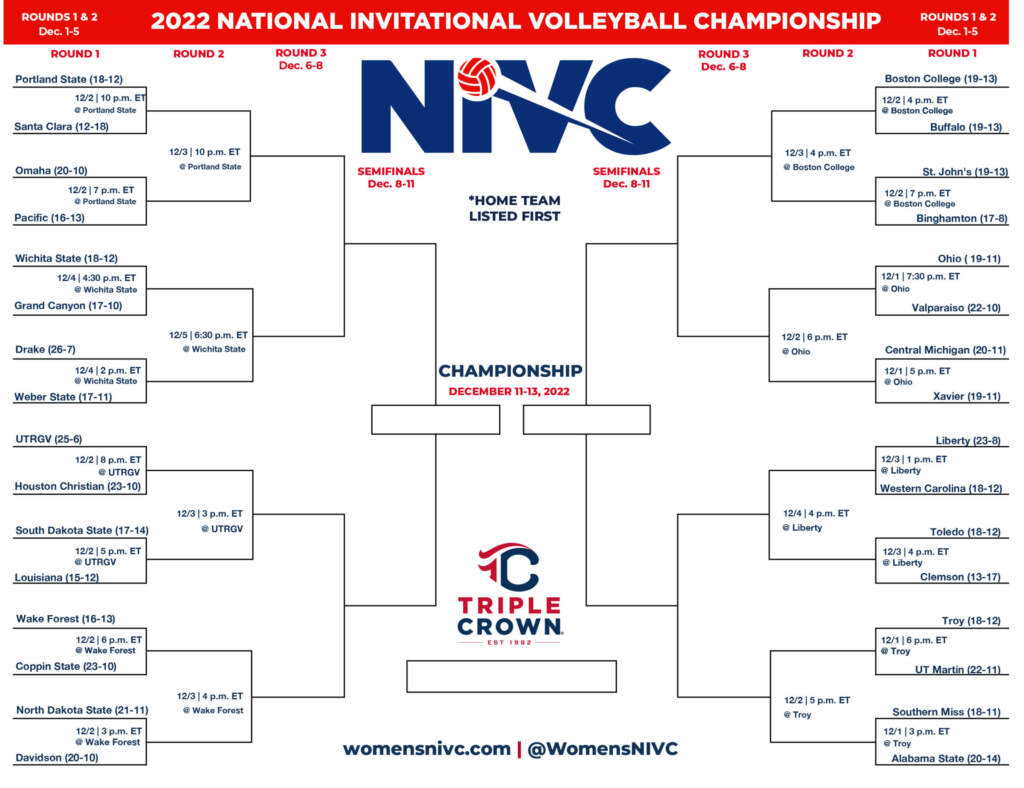