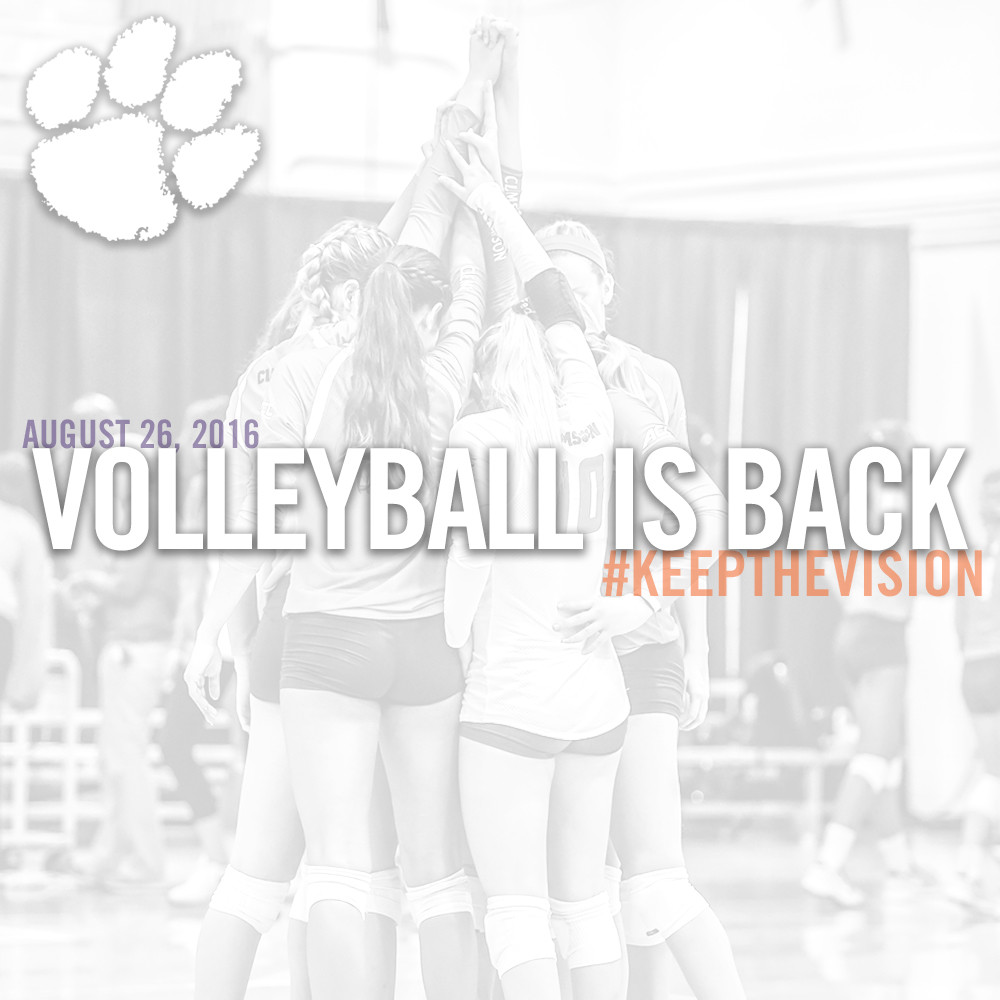 CLEMSON, S.C. – On Aug. 26, Clemson welcomes William & Mary to Jervey Gym for the 2016 season opener at 7 p.m., as part of the 26thannual Big Orange Bash. The match marks the beginning of Hugh Hernesman’s second season as head coach of the Clemson volleyball program.

“Our staff and players are anxiously awaiting the beginning of the 2016 season and there is no better place to start than Jervey Gym in front of our home fans,” said Hernesman. “The fan support for our program and the game day environment is second to none. We have a very challenging preseason schedule, but for our young team, there is no better way to prepare for the rigors of the ACC and the highest level of competition.”

Jervey Gym will be the site for 16 of Clemson’s 32 matches this season, 10 of which are conference matches. The six nonconference contests are all part of the two tournaments Clemson hosts in 2016, beginning with the Big Orange Bash on Aug. 26. The Clemson Classic begins on Sept. 8.

Over the course of 2016, the Tigers square off with 2015 NCAA Tournament participants eight times, five of those meetings are against conference opponents. North Carolina, Florida State, Miami and last year’s ACC Champion, Louisville will all test the Tigers. The Tar Heels are the only team of the group Clemson will see twice. Of the four ACC teams that made the NCAA Tournament last season, Miami is the only program that did not advance to the second round.

Penn State highlights the field of nonconference NCAA Tournament opponents as the Nittany Lions advanced to the Sweet 16 as the No. 7 seed last season. The match is slated for Sept. 17 in State College, Pa., which is the same weekend the Tigers take on Howard University. The Bison lost to Penn State in the opening round of last year’s NCAA Tournament.

In Clemson’s first weekend of nonconference play away from Jervey, the Tigers travel to Columbia, S.C., to face South Carolina on Sept. 2 before taking on Furman on Sept. 3. The Paladins also earned an NCAA Tournament berth in 2016.