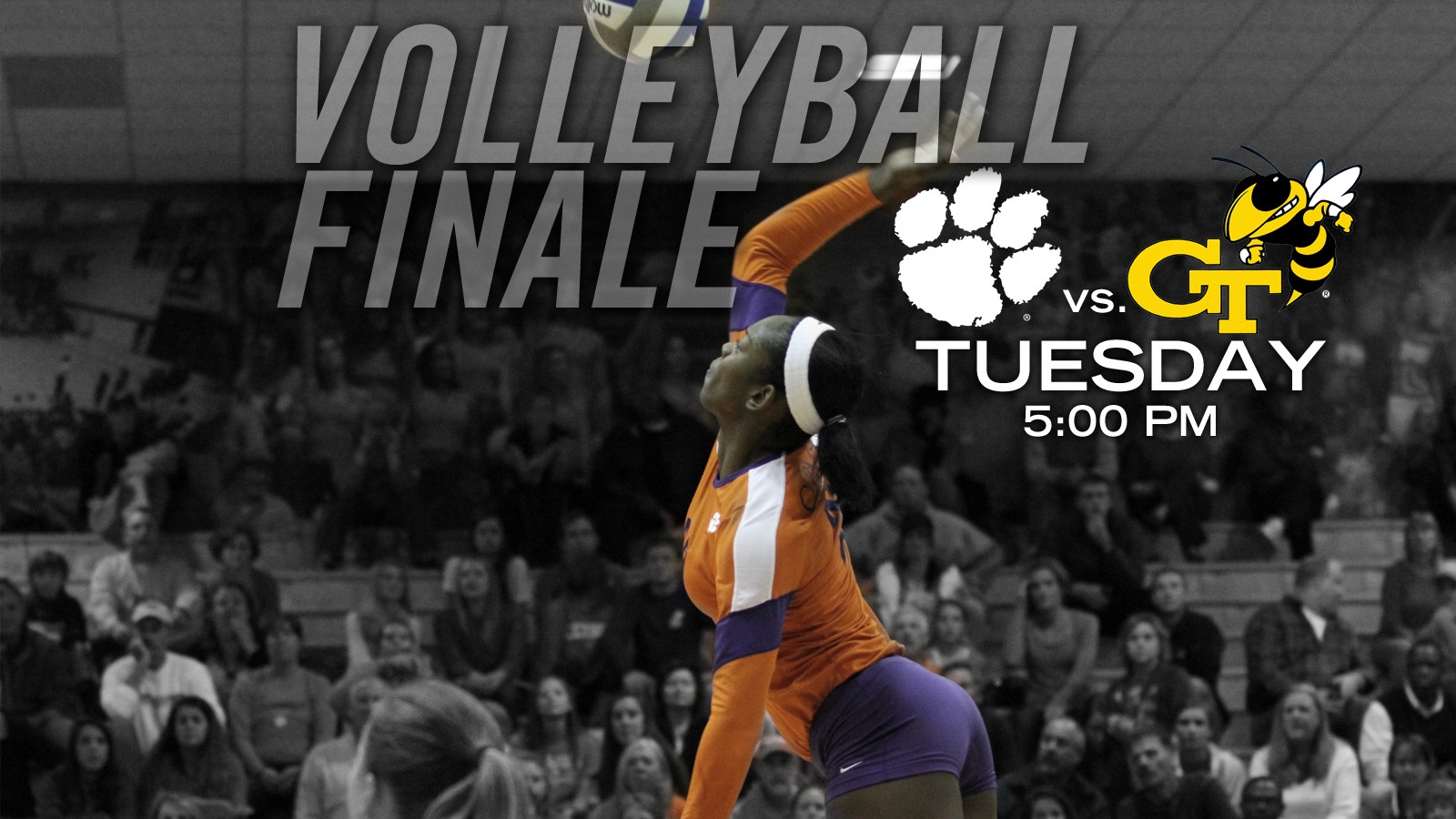 CLEMSON, SC – The Clemson volleyball team (20-10, 11-8 ACC) will close their 2012 regular season schedule as they welcome Georgia Tech (19-11, 10-9 ACC) to Jervey Gymnasium on Tuesday at 5:00 pm. The match will be final of the season for each team in the regular season. The ACC does not hold a conference tournament in volleyball, making this the final tune-up before a possible NCAA Tournament berth.

In addition to free admission, there are several other ways for fans to support the team. The match will be broadcast on TigerCast live for free on Clemsontigers.com. Additionally, livestats will be available and updates will also be provide on the official volleyball twitter account, @ClemsonVB.

The NCAA Selection show will be held on Nov. 25 at 4:00 pm and broadcast live on ESPNU. The teams is attempting to put the final touches on their tournament resume.

Clemson has reached 20 wins for the 24th time in school history, and 13th time in 20 seasons under Jolene Jordan Hoover. The Tigers dispatched of Wake Forest and Duke last week in their most recent action to assure themselves of a winning record in conference play for the 13th time under coach Hoover and fifth time in the past six seasons.

Georgia Tech is coming off a split against the Blue Devils and Demon Deacons, losing in five to Duke, and winning in three against Wake Forest. Clemson sits one match ahead of the Yellow Jackets in the standings and can finish as high as fourth.

Georgia Tech defeated Clemson, 3-0, on Sept. 14 to open up the ACC season for both clubs in Atlanta. In that match, the Yellow Jackets hit .336 and had 11.0 blocks.

Clemson leads the all-time series, 35-24, and has won each of the past two meetings between the teams in Jervey Gymnasium.

The match could be the final home one for four-year-starters Natalie Patzin, Sandra Adeleye and Alexa Rand, who were honored along with Serenat Yaz last Friday on Senior Night. As a class, the four of them have won 81 matches, accumulated five All-ACC honors, and tallied 3,761 kills, 2,795 digs, and 1,311 total blocks.

Junior Hannah Brenner is coming off a season-high 54 assists and 16 digs in the win against Duke, as she found four different players for 13 or more kills, including Yaz (13) and Adeleye (17).