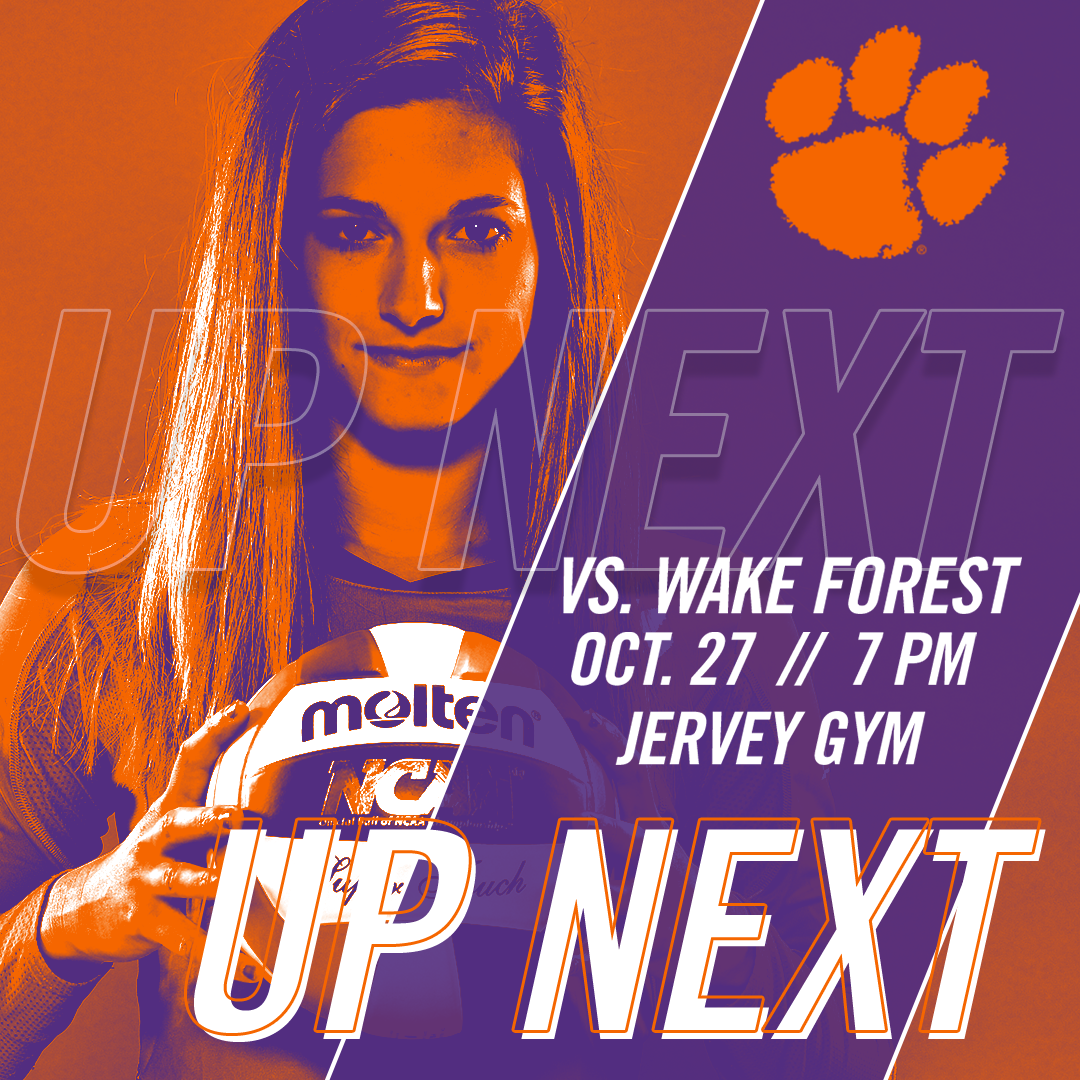 CLEMSON, S.C. – The Clemson volleyball team is set to host Wake Forest and Duke for a pair of ACC matches on Friday and Sunday, respectively, in Jervey Gym. Friday’s contest against the Demon Deacons is scheduled for 7 p.m., while Sunday’s match against the Blue Devils is slated for 1 p.m., and will air on ACC Network Extra.

Duke (13-8, 5-5 ACC) and Clemson will square off for the first and only time this season on Sunday. The two teams are set for the 63rd match in program history with the Blue Devils leading the series, 39-23, and own a 15-12 advantage at Clemson. Duke enters the weekend after snapping a four-match skid last weekend at Virginia (3-1) and Virginia Tech (3-2). The Blue Devils are led by senior libero Nicole Elattrache, who is averaging 4.04 digs per set this season.

Live stats for this weekend’s contests can be accessed on clemsontigers.com.