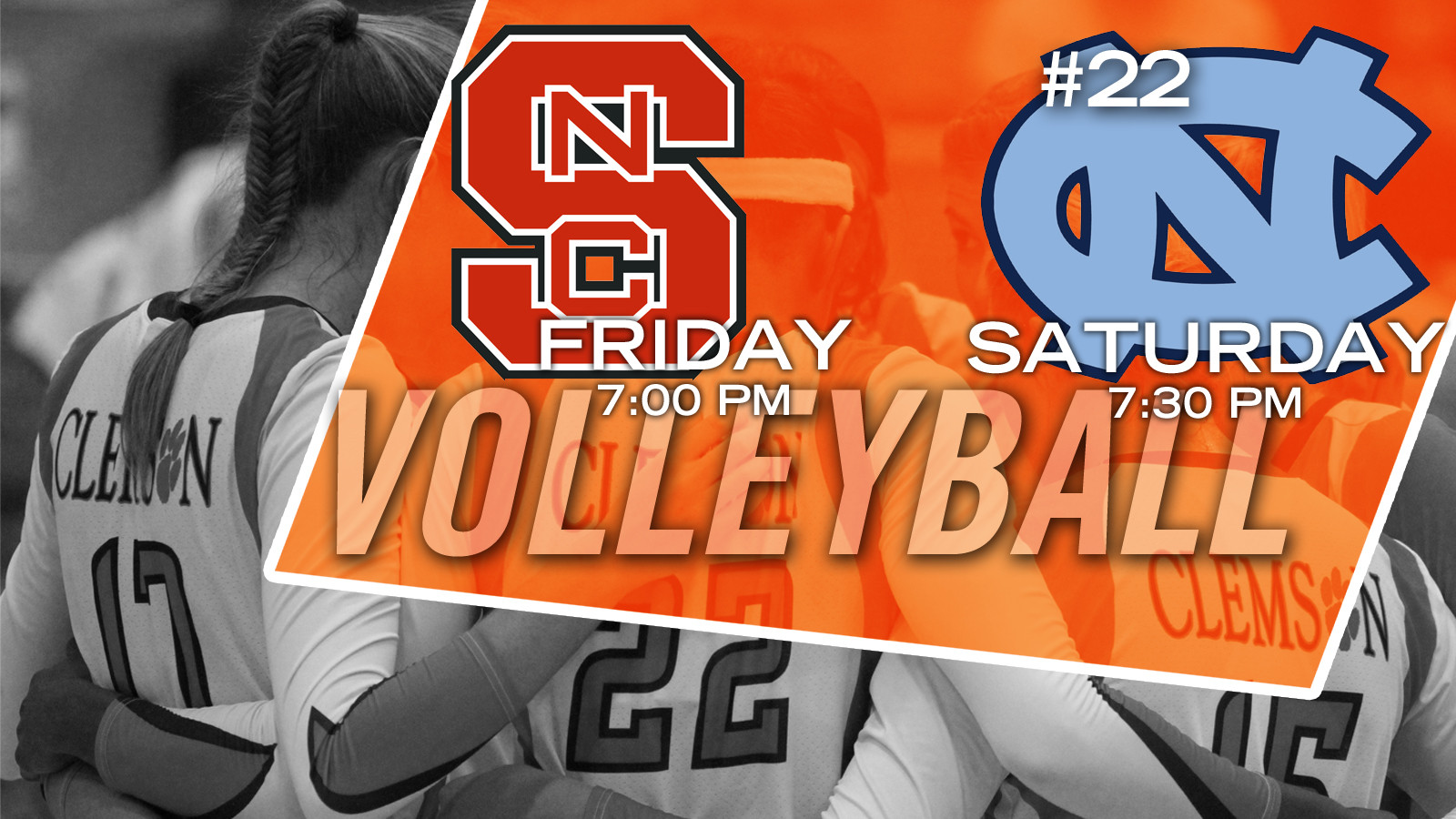 Admission is free to both events, and fans are encouraged to arrive early and be loud as Clemson makes a push for the NCAA Tournament. The match Friday will be available for free on TigerCast, while Saturday’s match will not be broadcast. Live stats will be available for both matches, and fans can follow @ClemsonVB on twitter for in-match updates.

The marketing department is running special promotions for both matches. Bringing two canned goods to the either contest will give fans the chance to win two Men’s Basketball single-game tickets. Also, fans who come in after the football game on Saturday and show their ticket will be eligible to win a $25.00 VISA gift card.

The matches open a five-match homestand that will close down the 2012 season. The Tigers have won eight of their past ten overall, and enter Friday tied with NC State for fourth in the league. Six of Clemson’s last eight matches have been on the road, all Tiger victories.

Most recently, the Tigers upended Virginia Tech and Virginia on their home floors to complete a season sweep of both teams.

Clemson has played well defensively of late, and currently lead the conference in digs per set and are third in blocks per set.

Offensively, Mo Simmons has been the main catalyst, averaging 4.12 kills per set over the past four matches. Sandra Adeleye has also been effective as she’s averaging 3.49 kills per set during the past ten matches (eight Clemson wins).

Much of Clemson’s success has also revolved around Serenat Yaz, who went over the 900 kill milestone in her most recent outing. The senior from Istanbul has tallied double-figure kills in four of the past six matches, including a season-high 17 at Maryland.

Defensively, Natalie Patzin is second in the ACC at 4.65 digs per set, as she’s moved into fourth in Clemson history in career digs. Over the past three matches, she’s totaled 74 digs.

After playing the Wolfpack and Tar Heels, the Tigers will welcome Wake Forest and Duke to town on Thursday and Friday, respectively, before closing the regular season on Nov. 20 against Georgia Tech.