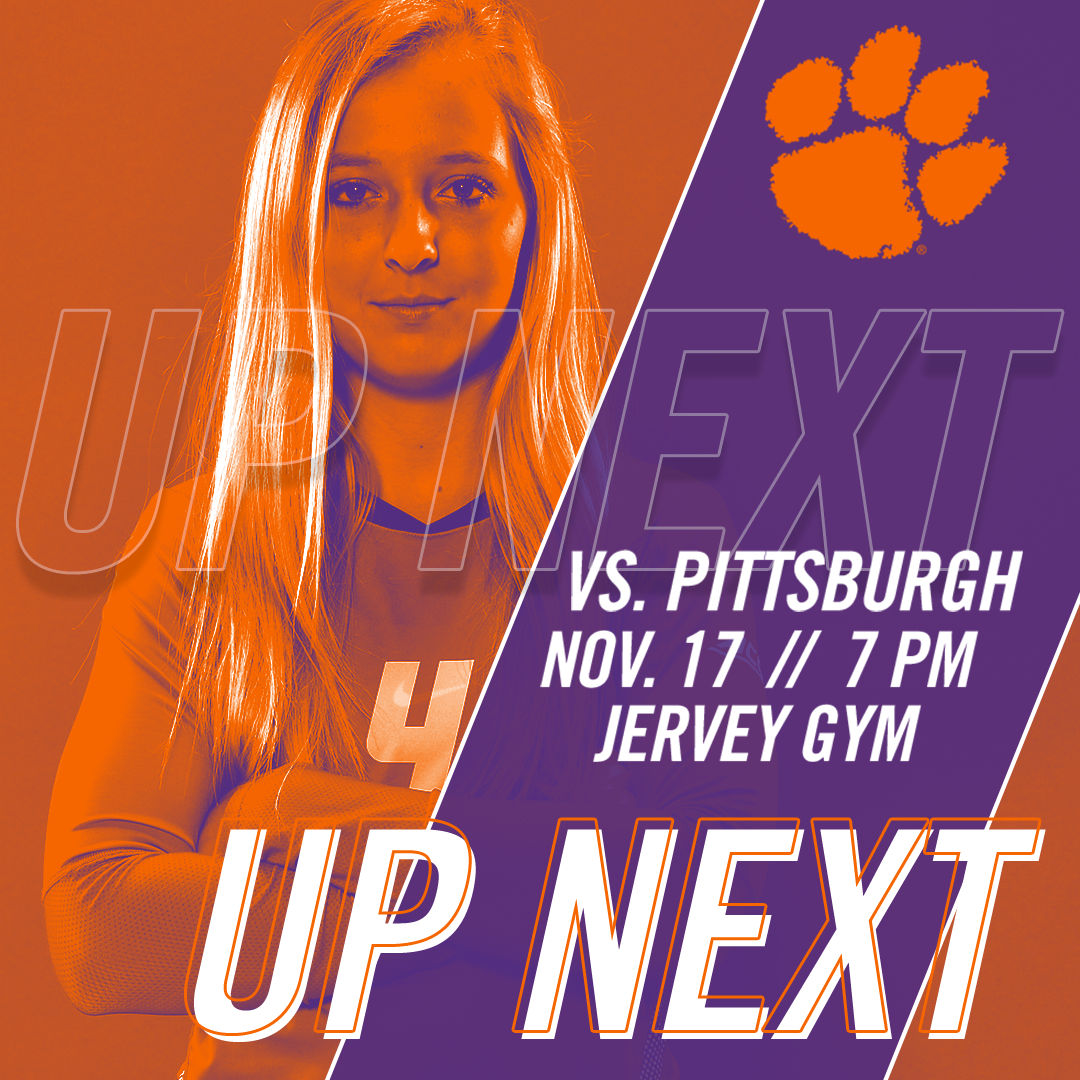 CLEMSON, S.C. – The Clemson volleyball team is set to return to Jervey Gym for the first time since Oct. 29 as the Tigers take on Pittsburgh (21-6, 14-2 ACC) Friday evening. Tomorrow’s matchup against the Panthers, who are tied for first place in the ACC standings, is slated for 7 p.m. and will air on ACC Network Extra.