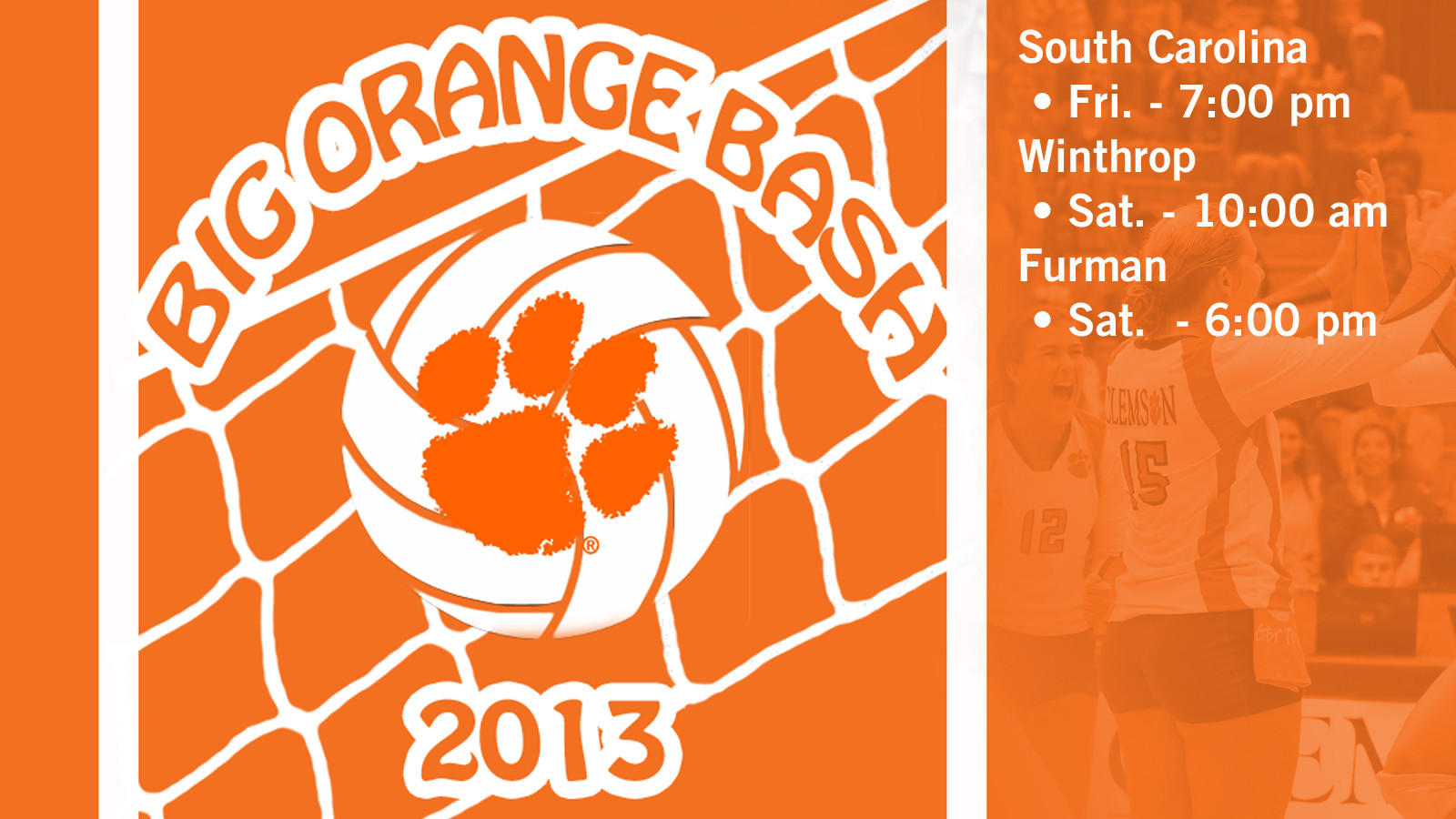 CLEMSON, SC – The Clemson volleyball program will play host to the 23rd annual Big Orange Bash this weekend. The Tigers (1-2) will take on South Carolina (3-0) Friday at 7:00 pm, Winthrop (4-0) Saturday at 10:00 am, and Furman (0-4) on Saturday at 6:00 pm. All matches are free to the public, and all Clemson matches will be broadcast live for free on TigerCast at ClemsonTigers.com.  This will be the 59th meeting between the Tigers and Gamecocks all-time, with South Carolina holding a 36-22 advantage. Clemson has series leads over Winthrop (23-13) and Furman (36-2).  For Saturday’s matches, some of which will take place during the football game in Memorial Stadium, fans are encouraged to park in the general areas. IPTAY lots will NOT be available for volleyball parking. You can find out more about where to park HERE. Promotions Schedule: