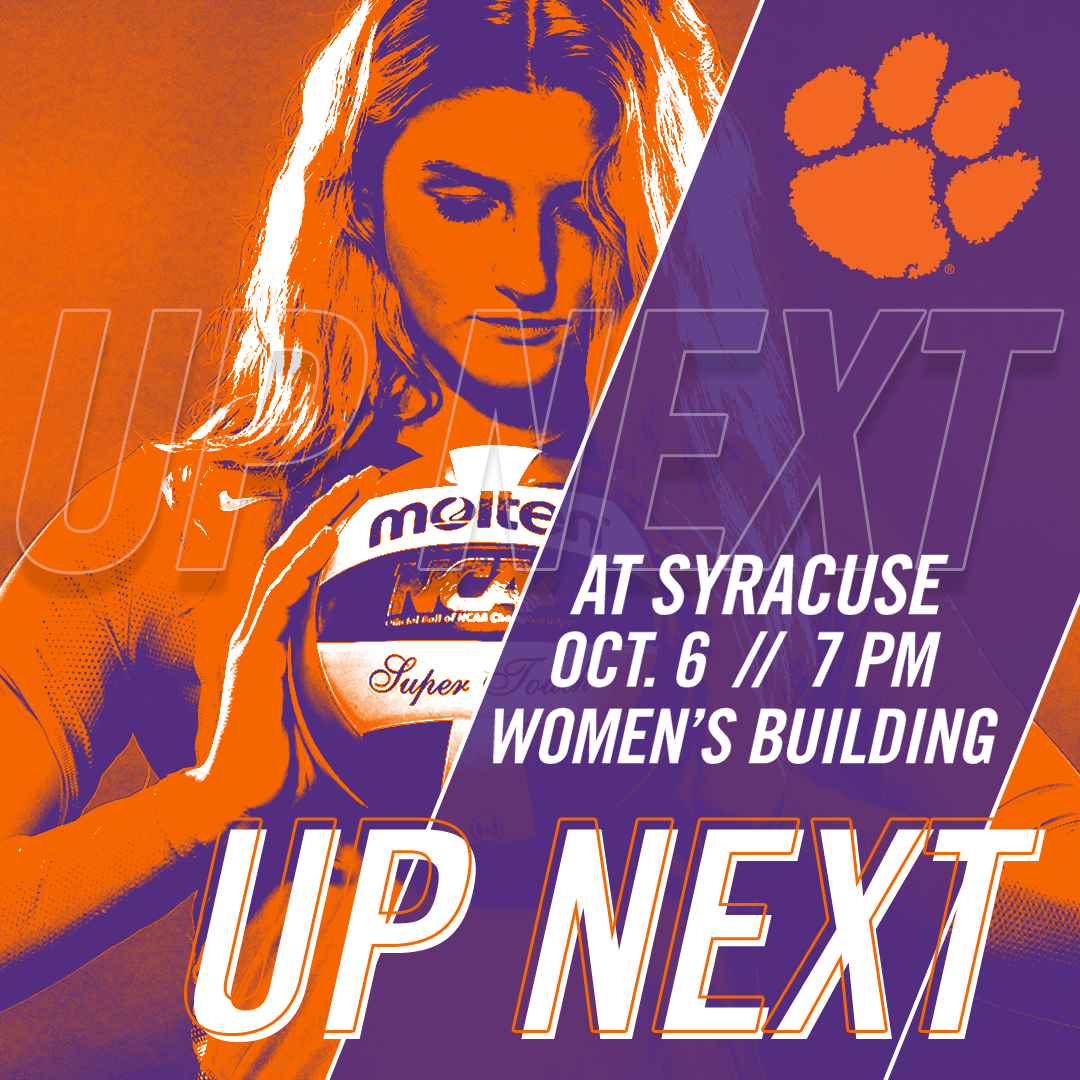 CLEMSON, S.C. – The Clemson volleyball team is set to travel north to take Syracuse and Boston College on Friday and Sunday, respectively. Friday’s contest against the Orange is scheduled for 7 p.m., while Sunday’s match against the Eagles is slated for 1 p.m.

Clemson (5-11, 0-4 ACC) enters the weekend after falling to North Carolina, 3-1, on Friday and 3-0 to NC State Sunday. The Tigers were led by sophomore outside hitter Kaylin Korte, who posted 10 kills, four services aces and six digs against the Wolfpack. Freshman libero Madi Howell also added 16 digs for Clemson against NC State.

Syracuse (11-6, 3-1 ACC) is currently tied for third in the ACC with wins over Boston College, Duke and Wake Forest, all of which came in four sets. The Orange’s one loss this season came at Pittsburgh on Sept. 22, also in four sets. Syracuse faces Clemson for just the ninth time on Friday night. The Orange leads the all-time series 5-3 and is on a three match winning streak against the Tigers.

Boston College (3-11, 0-4 ACC) will face Georgia Tech Friday night in Chestnut Hill, Mass., before hosting Clemson Sunday. The Tiger’s lone ACC win last season was against the Eagles in five sets. Clemson was led by Kailey Harvell, who posted 14 kills and 11 digs, and Jaden Light, who tallied a career-high eight blocks in the five-set win. Sunday’ contest marks the 23rd meeting between Clemson and Boston College with the Eagles holding an 18-4 advantage over the Tigers.