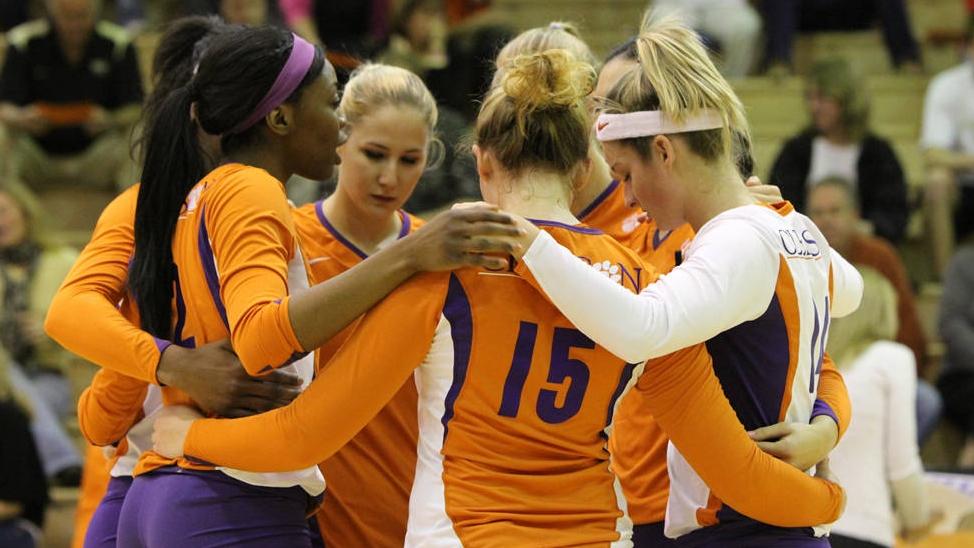 CLEMSON, SC – The Clemson volleyball team celebrated the 2012 season with an end-of-year dinner in Clemson on Dec. 4. The Tigers went 21-10 on the season, narrowly missing an NCAA tournament bid. It was the sixth time in the past seven seasons the program has achieved 20 or more victories in a season.

All-ACC and All-Region performer Sandra Adeleye was named the team’s Best Offensive Player and Most Valuable Player. Natalie Patzin earned Defensive Player of the Year honors, as well as the 3.0 Passer award.

Hannah Brenner and Mo Simmons split two awards, the Dedication Award and the Tiger Spirit Award. The Dedication Award was presented to the players by strength and conditioning coach Dennis Love, and rewards effort and commitment in the weight room. The Tiger Spirit award highlights players who unselfishly commit themselves to team goals and symbolize a standard of excellence.

The Rookie of the Year award went to Lou Davis, who saw action in 102 sets, recording 68 digs and 16 aces. Karis Watson was given the Practice Player Award, given to the player that brings effort and performance to practice every day.