CLEMSON, S.C. – The Clemson Volleyball team improved to 3-0 on the season after defeating Kennesaw State (1-2, 0-0 ASUN), 25-17, 25-23, 22-25, 25-18, to win the annual Big Orange Bash tournament, which was held in Jervey Gym Aug 30-31. Redshirt junior Kaylin Korte, who averaged 3.40 kills per set and hit .313 for the tournament, was crowned Tournament MVP. Additionally, Clemson’s Solei Thomas and Brooke Bailey were named to the All-Tournament team by head coach Michaela Franklin. Freshman setter Mckenna Slavik, who averaged a tournament-best 10.10 assists per set was declared the inaugural Heather Kahl Holmes Setter of the Tournament. 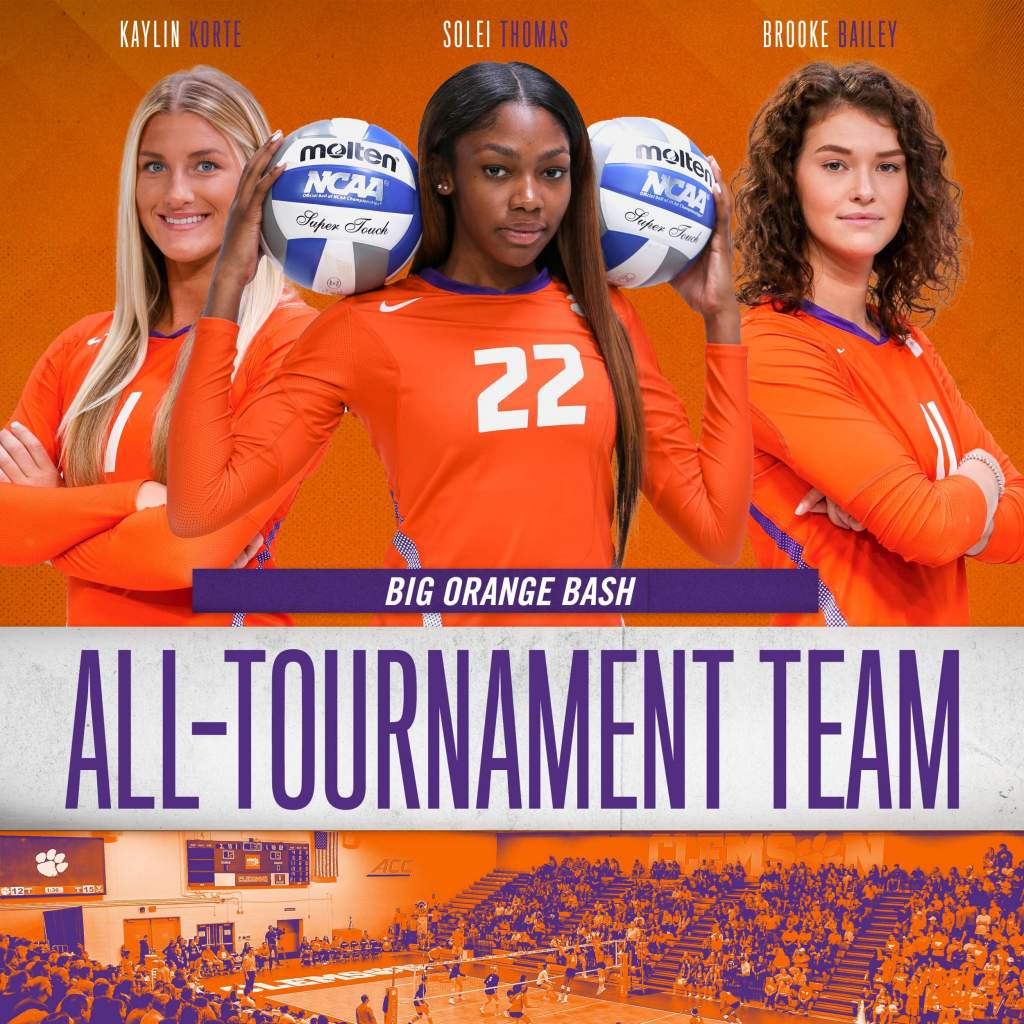 The Tigers, who swept both second-place Georgia and fourth-place Wofford prior to Saturday’s nightcap against the Owls, got off to a fast start as Jori Radtke posted three service aces in the opening set. Clemson went on two win the first, 25-17, after taking advantage of a 10-3 run in the middle of the set.

Clemson found itself down, 21-18, in the second, but a block by Korte and junior Alyssa Deloney sent Deloney to the service line, where she helped tally five straight Tiger points. A Korte kill gave Clemson a 24-23 advantage before Slavik and freshman Annika Clark came up with a timely block to seal the set, 25-23, heading into the break.

The Owls took set No. 3, 25-22, after scoring five of the last six points of the frame. Korte would have her way in the fourth and final set, tallying five of her match-high 15 kills to lead Clemson victory. Bailey posted four of her nine kills in the fourth set.

Thomas totaled 12 kills on the match and averaged 3.20 kills per set for the tournament, while Bailey averaged 2.67 kills per set. Defensively, junior Madi Howell registered a match high of 14 digs at the libero position. Clark was a presence to be reckoned with at the net all weekend as she averaged 1.30 blocks per set.

Another great turnout – as always – in Jervey 🙌 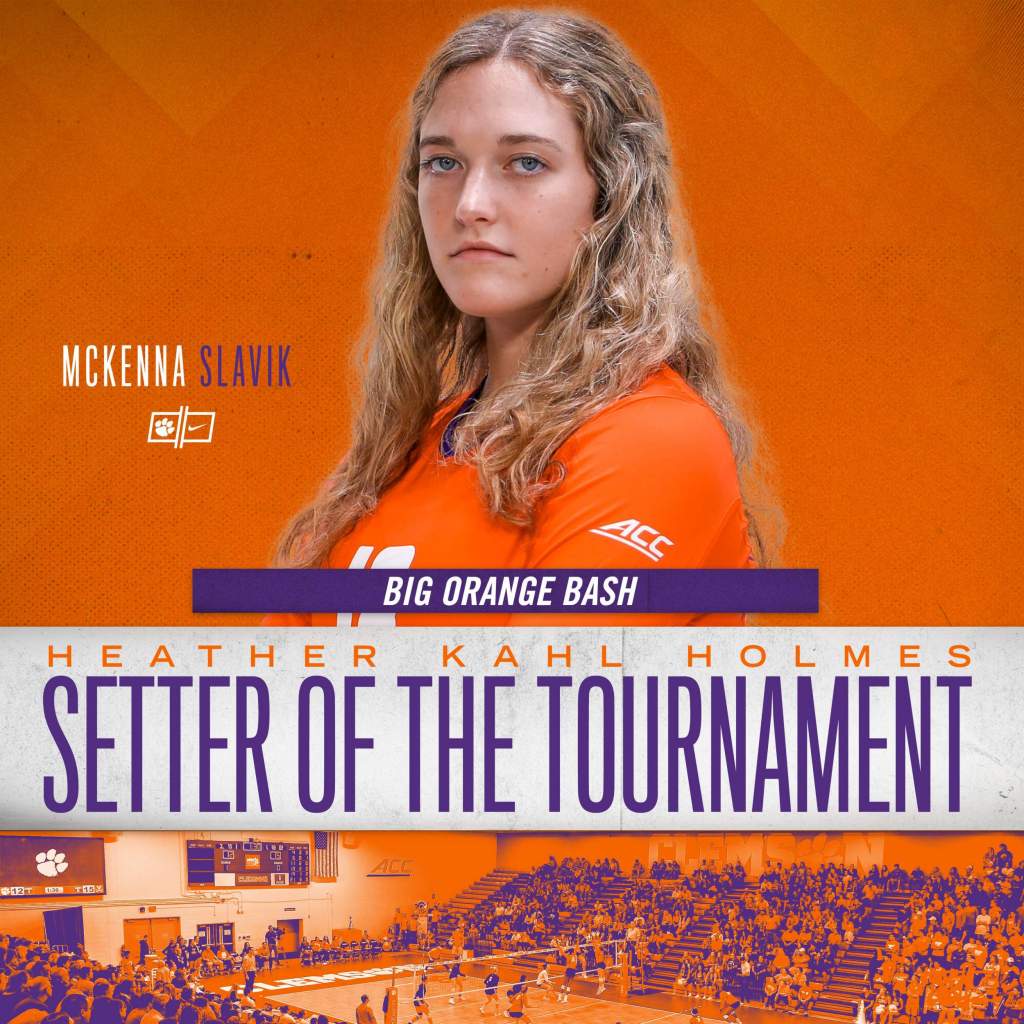 Up next, Clemson heads to the K-State Invitational in Manhattan, Kansas Sept. 5-6. The tournament will feature the Wildcats, Nebraska Omaha and Central Arkansas.