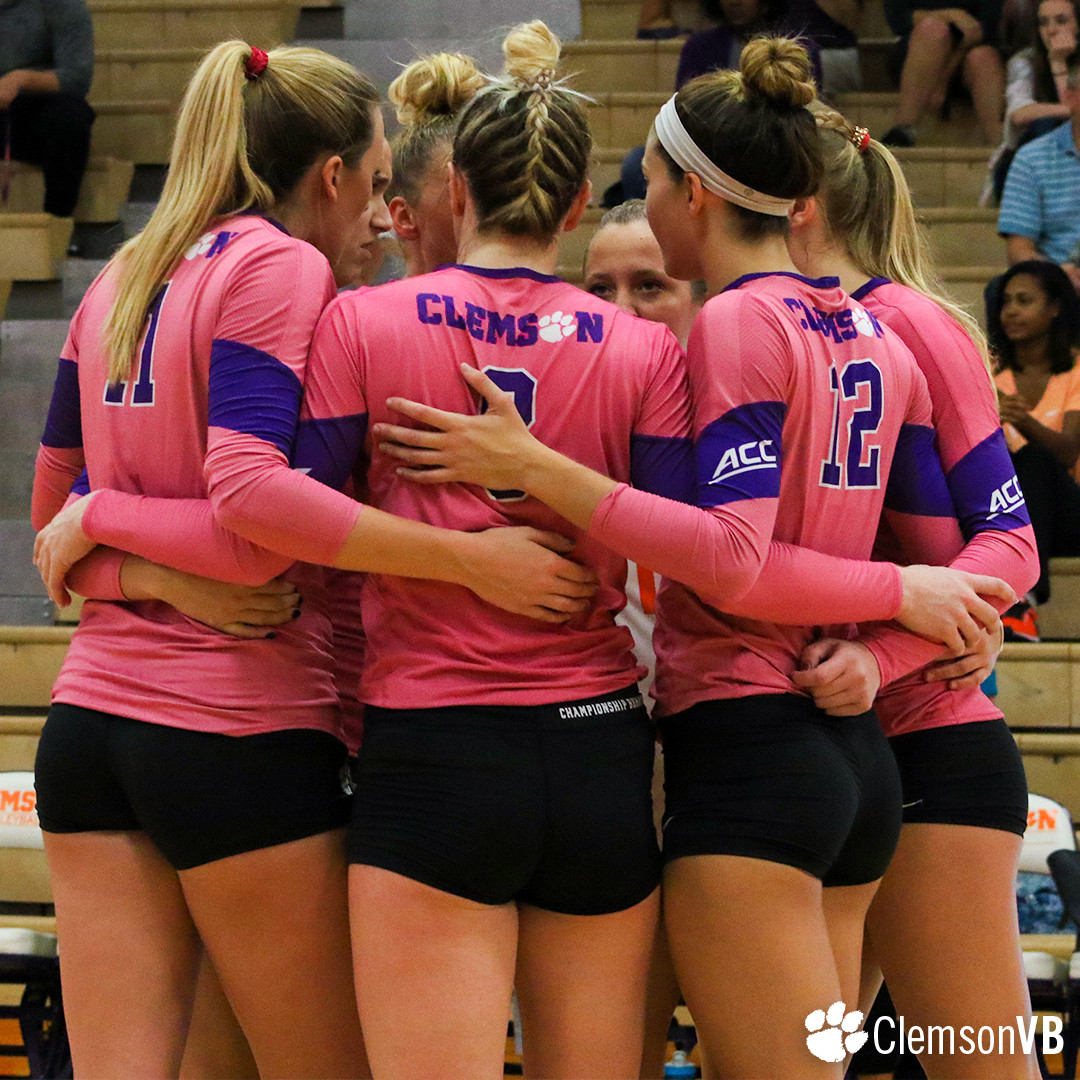 “Syracuse is a pretty physical team, but we definitely had some opportunities on our side of the net and we just didn’t execute as strong as we have the capability of doing,” said Clemson head coach Michaela Franklin. “I’m proud though of the way we kind of rebounded and came out in that third. We showed more competitive intensity as a team and I liked the energy and the way we fought coming out after the 10-minute break. I was proud to see that.”

Clemson opened the match on a 5-0 run with Keely Hayes behind the service line for four of the Tigers’ first five points. Syracuse would then tie the match, 9-9, early in the set to shift momentum its way. Later, with the score tied 18-18, the Orange went on a 5-0 run, one in which the Tigers could not recover from as Syracuse claimed the first, 25-20.

The Orange carried momentum into the second, breaking out to a 17-9 lead. Syracuse out-hit the Clemson .391 to .133 for the set, propelling them past the Tigers, 25-15, to enter the break.

Clemson kept it close in the third. A 3-0 run late in the set, which saw Kennedy Wilson-Talmadge ace the Syracuse libero, tied the third 19-19, prompting Syracuse to call timeout. The Orange came out of the timeout and posted a 6-1 run to seal the match in favor of Syracuse.