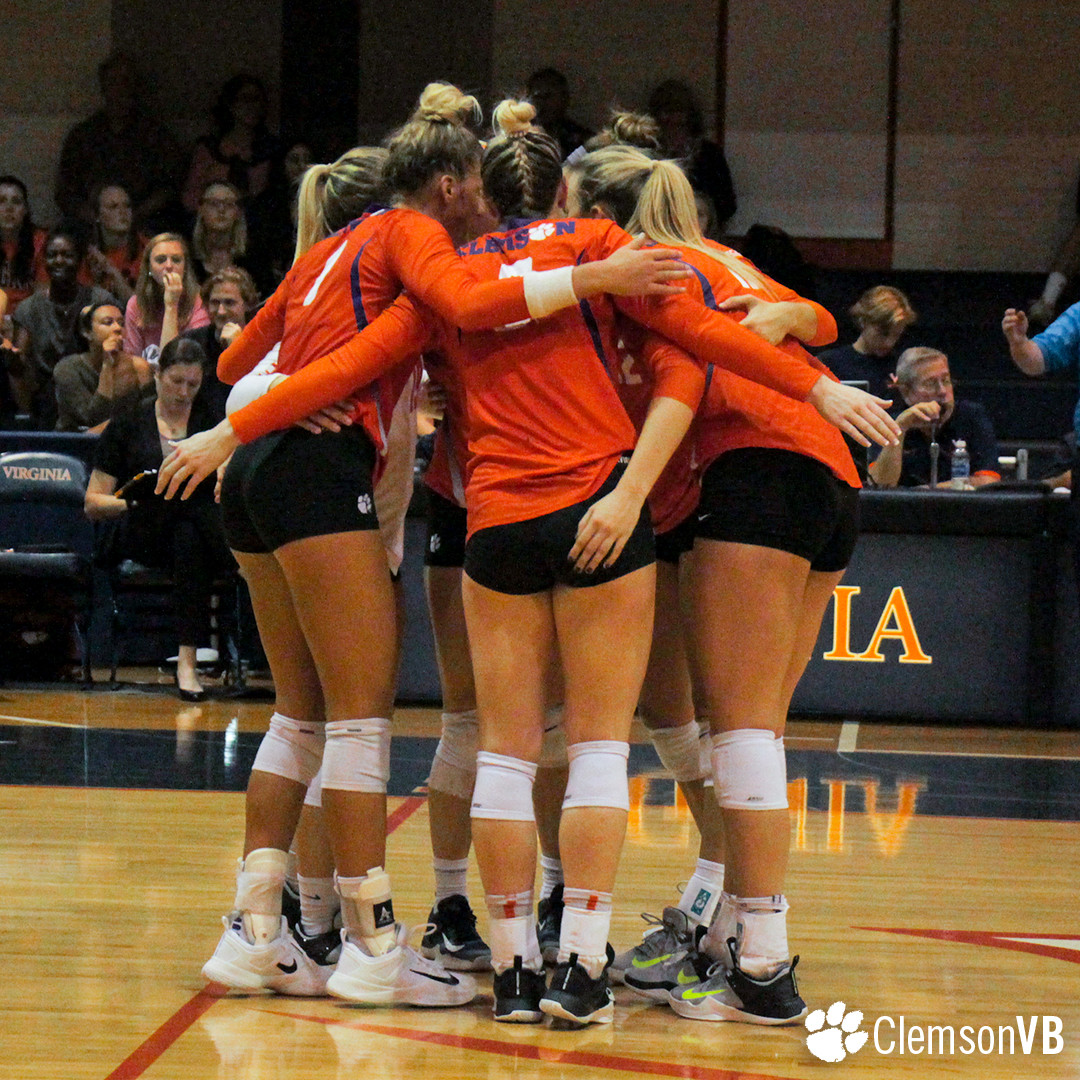 Clemson went down early, allowing a 14-7 Cavalier run to open the match. The Tigers showed a little life coming out of a timeout that was called by Clemson head coach Michaela Franklin, stringing together a 3-0 run with the score 18-9 in favor of UVA. The run, which featured back-to-back Korte kills, was cut short on a poor set by Clemson. From there, the Tigers could not recover as they dropped seven of the last 12 points to fall 17-25 in the first set.

The Tigers came out more poised to open the second, breaking out to an early 6-3 lead, which was, once again, spearheaded by a pair of Korte kills. Clemson then surrendered a 4-0 run to give UVA their first lead of the second set, 7-6. The two teams traded the next three points as Clemson tied the set, 8-8, on a Korte kill from senior setter Keely Hayes. The Cavaliers went on a 9-1 run to put the set out of reach for the Tigers. Virginia again went on to the set, 25-17, entering the break. Korte tallied five of her 13 kills in the second while hitting .556.

The two teams were neck-and-neck midway through the third at 13-13. Clemson gained a 14-13 lead on a kill from junior middle blocker Megan McGinley on a dime from Hayes. Once again, the Cavaliers would go on a tear to separate themselves from the Tigers. Putting on a show for the home crowd, the Cavaliers tallied six consecutive points with sophomore setter Jennifer Wineholt behind the service line for the last five Cavalier points of the run. Trailing 19-15, Clemson narrowed the gap to 17-20, but UVA pulled away at the end set, claiming five of the last seven points to take the set and match.

Up next, Clemson travels to Blacksburg, Va., to face Virginia Tech (8-16, 2-11) Sunday, Nov. 3 at 1 p.m. Sunday’s contest against the Hokies will air on ACC Network Extra. Live stats for Sunday’s match can be accessed on clemsontigers.com.