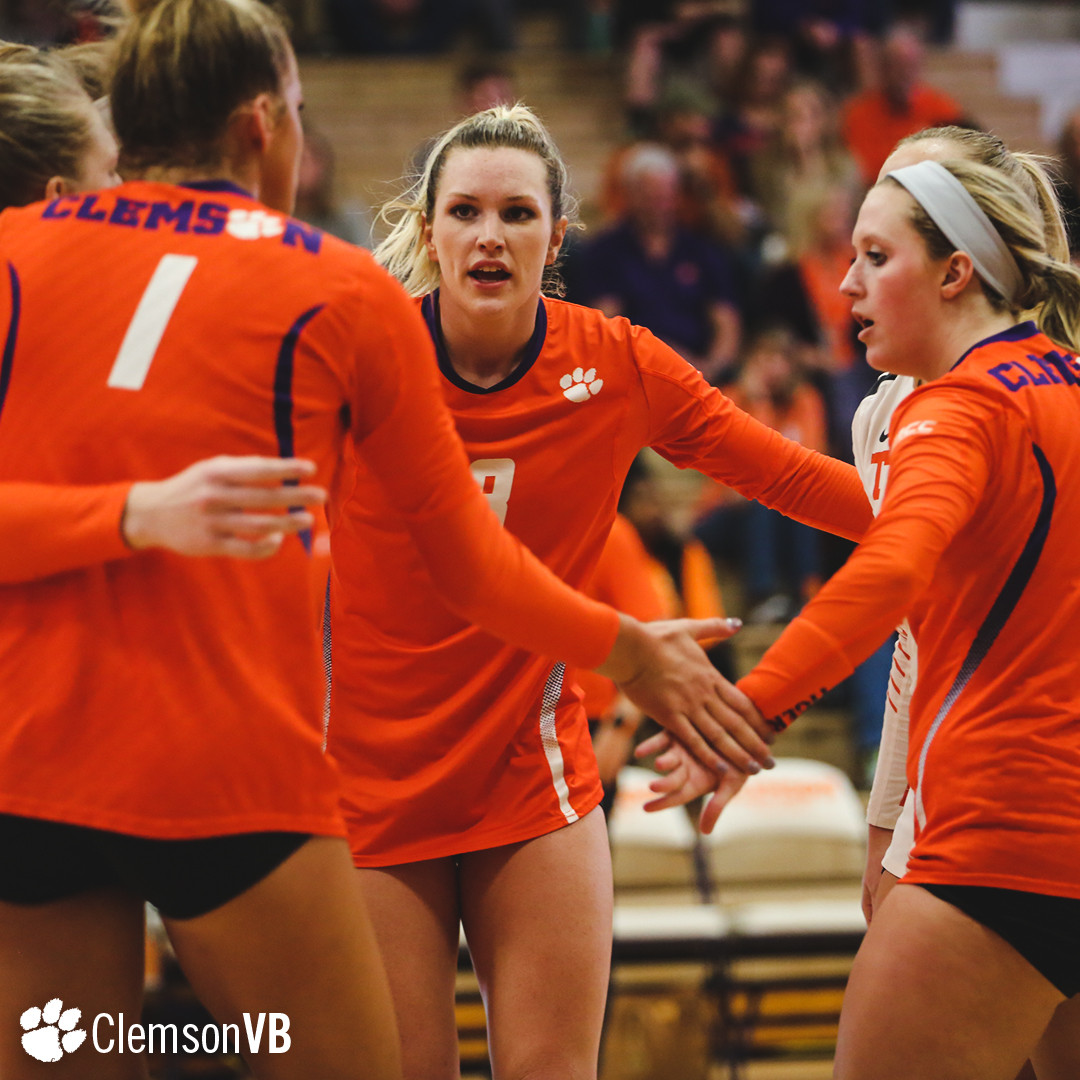 CLEMSON, S.C. – The Clemson volleyball team fell in three sets (17-25, 21-25, 13-25) to first-place Pittsburgh (22-6, 15-2 ACC) Friday evening in Jervey Gym. Clemson was led by sophomore outside hitter Kaylin Korte, who had nine kills while hitting .353, her second best hitting percentage against in ACC foe this season, and junior middle blocker Megan McGinley, who posted a season-high 6.0 blocks. With the loss, the Tigers fall to 7-23 on the season and 2-16 in ACC play.

Senior setter Keely Hayes got things started for the Tigers, opening the match with a service ace on the first point of the match. After four ties early in the first, the Panthers went on a 7-3 run to take a 12-8 lead, prompting Clemson to call timeout. From there, Clemson find a rhythm as the Panthers outscored the Tigers 13-7 to close out the set, 25-17.

The Tigers jumped out to an early 6-2 lead that featured kills from junior outside hitter Kailey Harvell and McGinley to open the second. The Panthers chipped away and tied the set, 11-11 on a ­Pittsburgh block. The two teams went back and fourth for the next six points, but once again, the Panthers utilized a late-set run to push the lead out of the Tigers’ reach, taking the set, 25-21.

Coming out of the break, the Tigers and Panthers were neck-and-neck, 9-9, to open the third. A kill by Pitt’s Nika Markovic initiated a 10-0 run for the Panthers that would put the match out of reach for the Tigers. Pittsburgh would take the set, 25-13, and the match.

Up next, Clemson returns to Jervey Gym Wednesday Nov. 22 to host Florida State (15-10, 0-8 ACC) at 2 p.m. Wednesday’s contest against the Seminoles will air on ACC Network Extra. Live stats can be accessed on clemsontigers.com.