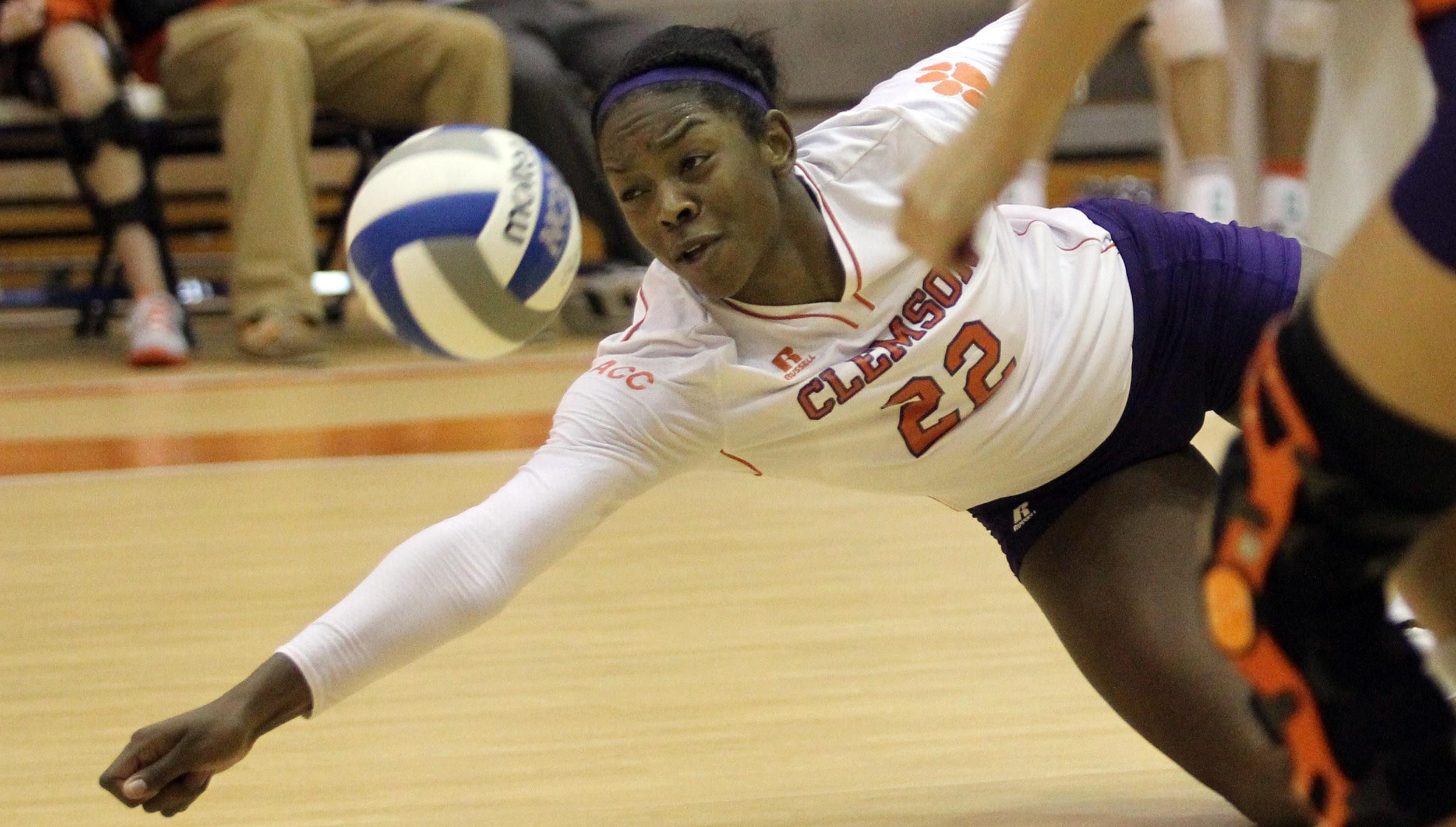 CLEMSON, SC – The Clemson volleyball team defeated Troy, 3-1, on Saturday afternoon, but fell to Delaware, 3-1, at night in Jervey to round out play in the Clemson Classic. With the loss, Clemson falls to 6-5 on the season, and finished third in the field, going 1-2. Alabama (11-2) earned the Clemson Classic title, going 3-0, on the weekend. Delaware (8-6) finished second, and Troy (5-9) was fourth.  The Classic was Clemson’s final out-of-conference dates, as the Tigers head to Pittsburgh and Maryland next week for the first of ten straight conference weekends.  Mo Simmons was named to the All-Tournament team after averaging a staggering 4.77 kills per set and 5.15 points per set. She entered the weekend averaging 4.22 kills per set, which ranked second in the ACC and 29th in the nation.  During the Classic, Simmons also hit several career milestones, including her 1,000th kill, her 800th dig, and her 300th block. After notching 23 kills on Friday night against Alabama, she added 20 against Troy and 19 against Delaware, including nine in the first set.  The All-Tournament honor is the 10th of her career, which is the second-most of any Clemson player in school history, and tying her with Sandra Adeleye (2009-12).  In the early match against Troy, Clemson won, 25-14, 25-15, 21-25, 26-24, behind sharp hitting and strong defense. Freshman Leah Perri had a strong all-around match, going for 12 kills and hitting .450. On the tournament, she finished fourth among all players with a .329 hitting percentage.  Beta Dumancic averaged 1.54 blocks per set, which led the tournament. She had a career-high 10 blocks against the Trojans, and also had eight kills.  Kamryn Sherman had double-doubles in both matches, tallying 33 assists and 11 digs against Delaware and 22 assists and 11 digs against Troy. Clemson also got a great effort from Irem Bayramoglu against Troy. The freshman had seven kills, 11 digs, and a team-season-high five aces.  Karis Watson, who finished the tournament with a .397 hitting mark, second among all players, and had nine kills against Troy and 11 kills against Delaware.  Kristin Faust led the Tigers with 53 digs at libero, an average of 4.08 per set. Defensive Specialist Niki Collier had 34 digs in the three matches, including 13 against Troy and ten against Delaware. Delaware hit .274 in the match and took advantage of nine Clemson service errors. They took the first two sets before the Tigers fought back to take the third. In the fourth set, a .355 hitting frame propelled The Blue Hens to a 25-18 win, and the Runner-Up spot in the tournament. Clemson fell to 1-1 in the all-time series against the Blue Hens.  Final Standings: Alabama: 3-0 Delaware: 2-1 Clemson: 1-2 Troy: 0-3 All-Tournament Team Krystal Rivers (MVP), AL Sierra Wilson, AL Andrea McQuaid, AL Ariel Shonk, DEL Katie Hillman, DEL Mo Simmons, CU Marija Zelenovic, Troy