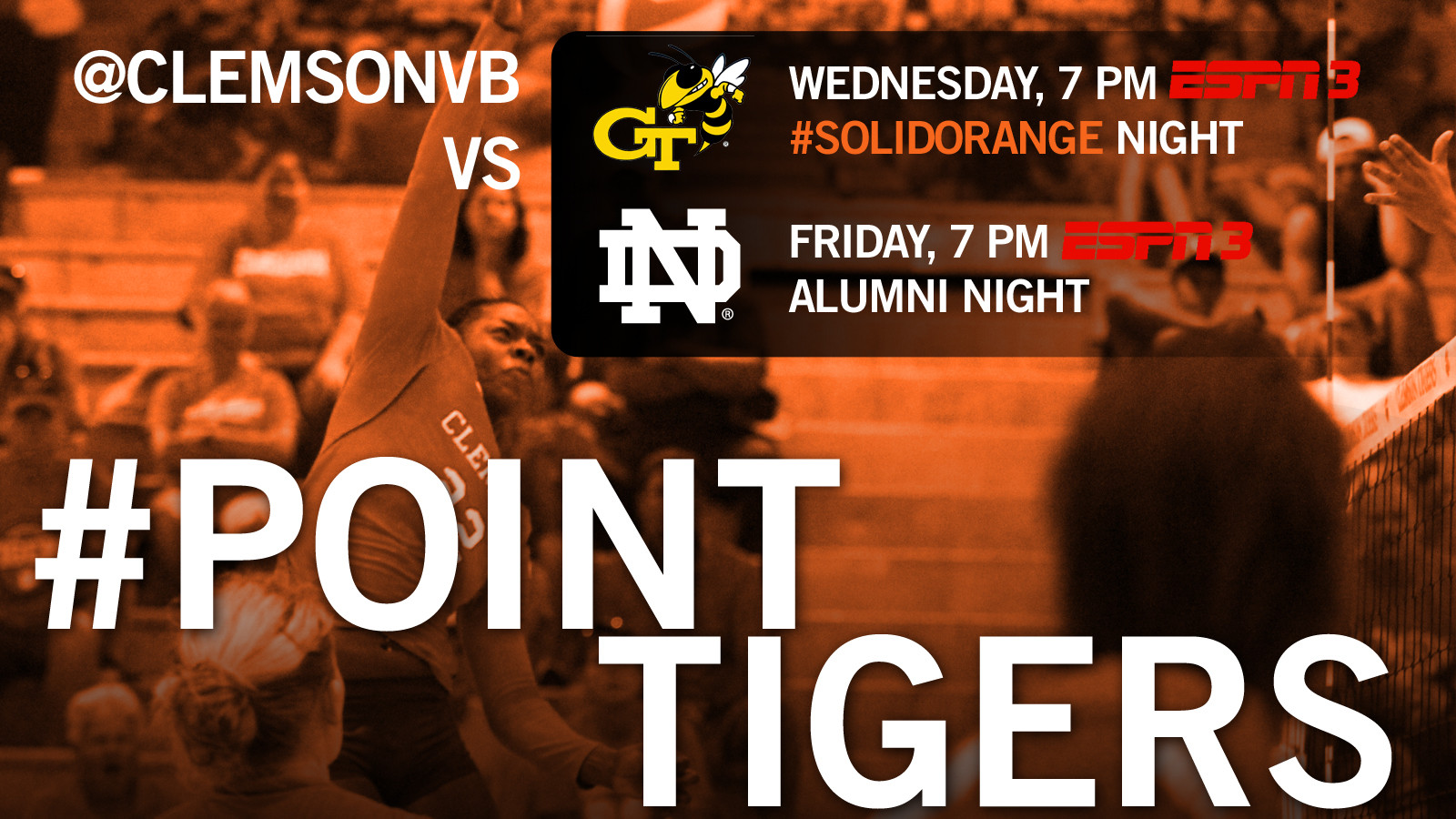 CLEMSON, SC – The Clemson volleyball team will take on Georgia Tech (7-9, 1-3 ACC) and Notre Dame (6-9, 0-4 ACC)  in Jervey Gym this week. Wednesday is Solid Orange Day as the Tigers (7-8, 1-3 ACC) and Yellow Jackets battle at 7:00 pm. Friday, the program will welcome back more than 20 alumni when they take on Notre Dame at 7:00 pm.  Both matches are free, but for those unable to attend, will be broadcast on ESPN3.  Clemson and Georgia Tech have met 60 times in history, with Clemson taking 36 of those matchups. Last season, the teams split, with each winning on their own home floor.  Clemson and Notre Dame have not played since 2000, a 3-0 Fighting Irish win. Notre Dame holds a 2-1 lead in the all-time series, with Friday’s match the first between the programs as conference foes.  Former Tiger great Robin Kibben will be inducted into the Clemson Athletic Hall of Fame this weekend as well. She played from 1991-94, is a three-time first-team All-ACC selection, and ranks second in school history with 1,804 career kills.  Promotions Schedule: Wednesday: Solid Orange Night Friday: Alumni Night Notes (in 140 characters or less):