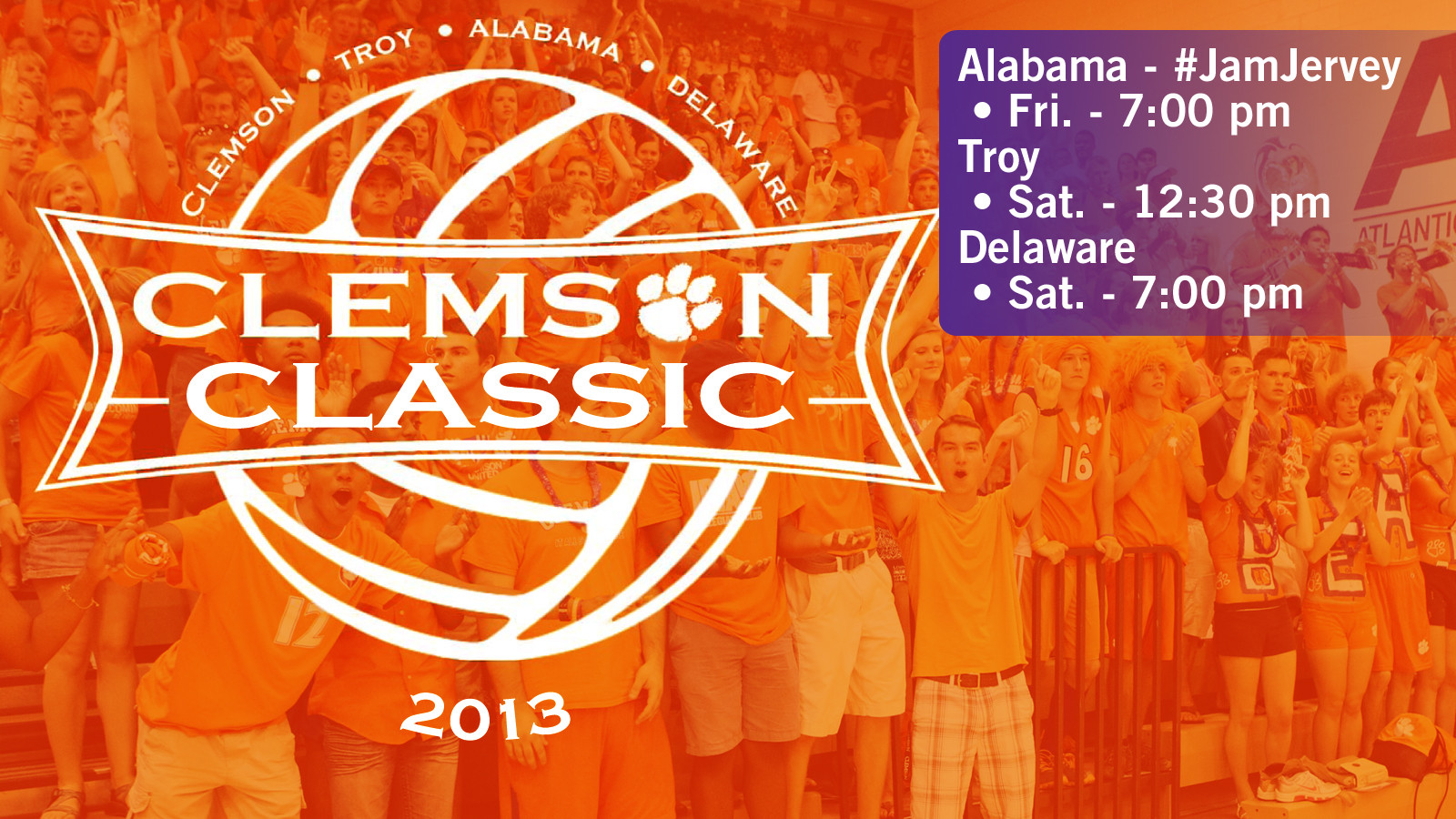 CLEMSON, SC – The Clemson volleyball program will play Alabama (@AlabamaVBall), Troy (@TroyVBall) and Delaware (@UDBlueHens) as part of the Clemson Classic in Jervey Gym this week. The Tigers (5-3) will open play in the round-robin event against Alabama in the #JamJervey match on Friday at 7:00pm. The Tigers will then take on Troy (5-6) at 12:30 pm and Delaware (6-5) at 7:00 pm on Saturday.  All matches are free to the public, and Clemson’s matches will be broadcast for free in HD on TigerCast with Don Munson and Christine Williamson (@baldgirlclemson). Live scoring will also be available for the event, and fans can follow @ClemsonVB on twitter for scoring and tournament information as well.  Clemson and Alabama have met seven times previously, with Clemson claiming the most recent matchup in the 2007 NCAA Tournament first round in Jervey Gym. Clemson holds 1-0 marks over both the Blue Hens and Trojans, but the programs have not met for 30 years. Promotions Schedule: