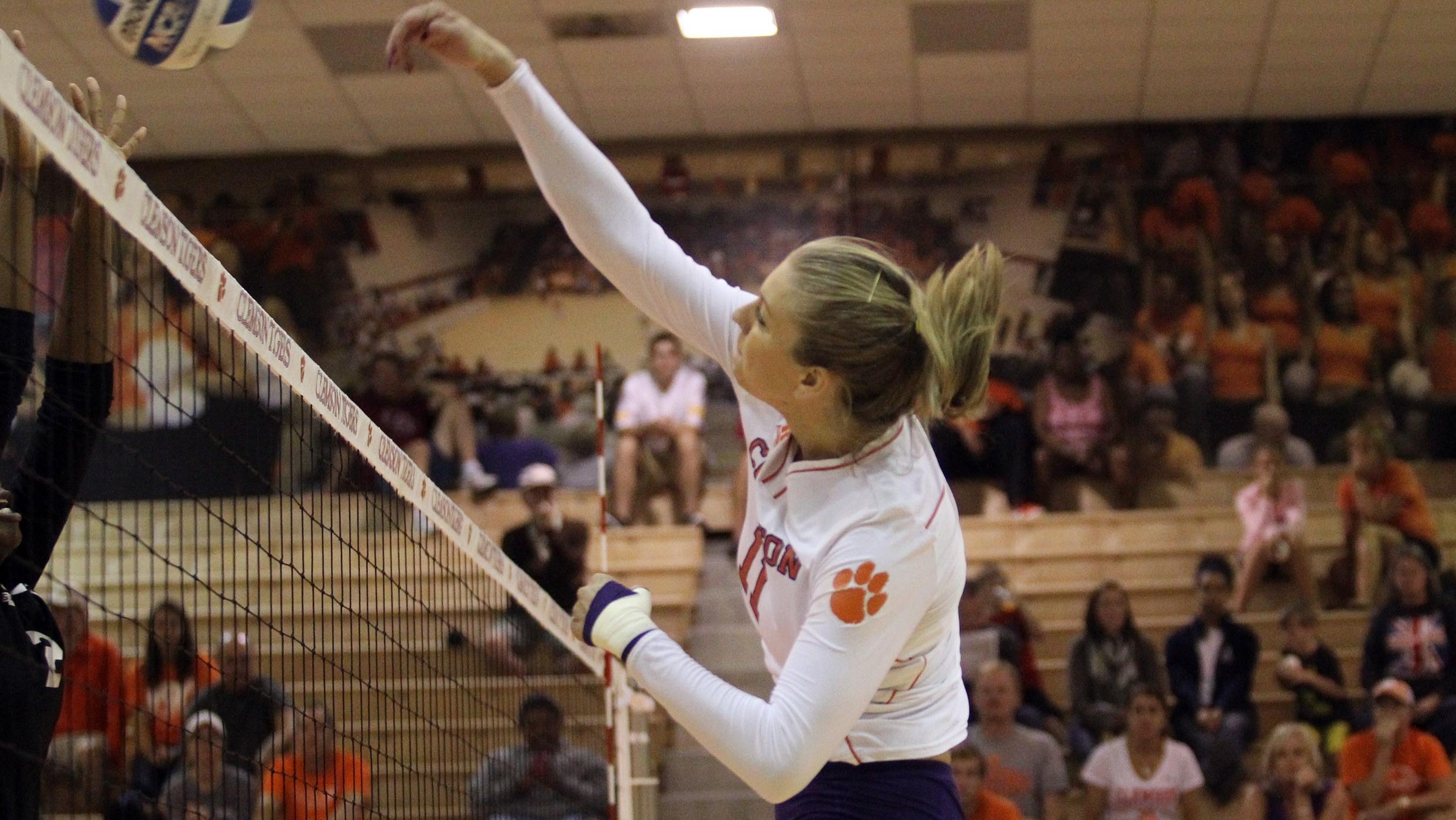 The Tigers will now travel to College Park, MD to take on the Terrapins Sunday at 2:00 pm. Clemson leads the all-time series with Maryland, 37-28, and was victorious in Comcast Pavilion last season.

Mo Simmons led Clemson offensively for the tenth time in 12 matches with 16 kills, and also had a team-high 13 digs. It’s her fifth double-double of the season and 20th of her career. She entered the match leading the ACC in kills per set at 4.38 per set, and upped that mark to 4.44 per set after this match.

Beta Dumancic and Kristin Faust had four kills apiece, while Dumancic had a team-high five blocks. She entered the match sixth in the ACC in blocking.

Pittsburgh hit .330, the highest for a Tiger opponent this season, and had four players with seven or more kills.

In the first set, Pitt out-hit Clemson, .312-.000 as the Tigers mustered just eight kills, but hit into four blocks. The teams had seven ties in the first 30 points. With the match tied, 15-15, Pitt scored six straight points and eight of the next nine to take a 22-16 lead.

In the second set, after four straight points from Clemson, the Panthers responded with a 17-5 run to take a 20-9 lead. Simmons brought Clemson back to within six at 20-14, but the Tigers got no closer. The Tigers did hit .241, but the Panthers were hotter, going .346 in the set.

In the third frame, Clemson was forced to make some lineup adjustments, and moved Kristin Faust to hitter and Niki Collier to libero. The moves seemed to work early as Faust and Simmons powered the Tigers to a 15-13 lead.

However, another late run by the Panthers put the Tigers away. In this set, with Clemson ahead, 17-16, Pitt scored five in a row and eight of the next nine to set up match point. After the Panthers’ tenth service error of the match, a Simmons attack sailed wide to close the match.