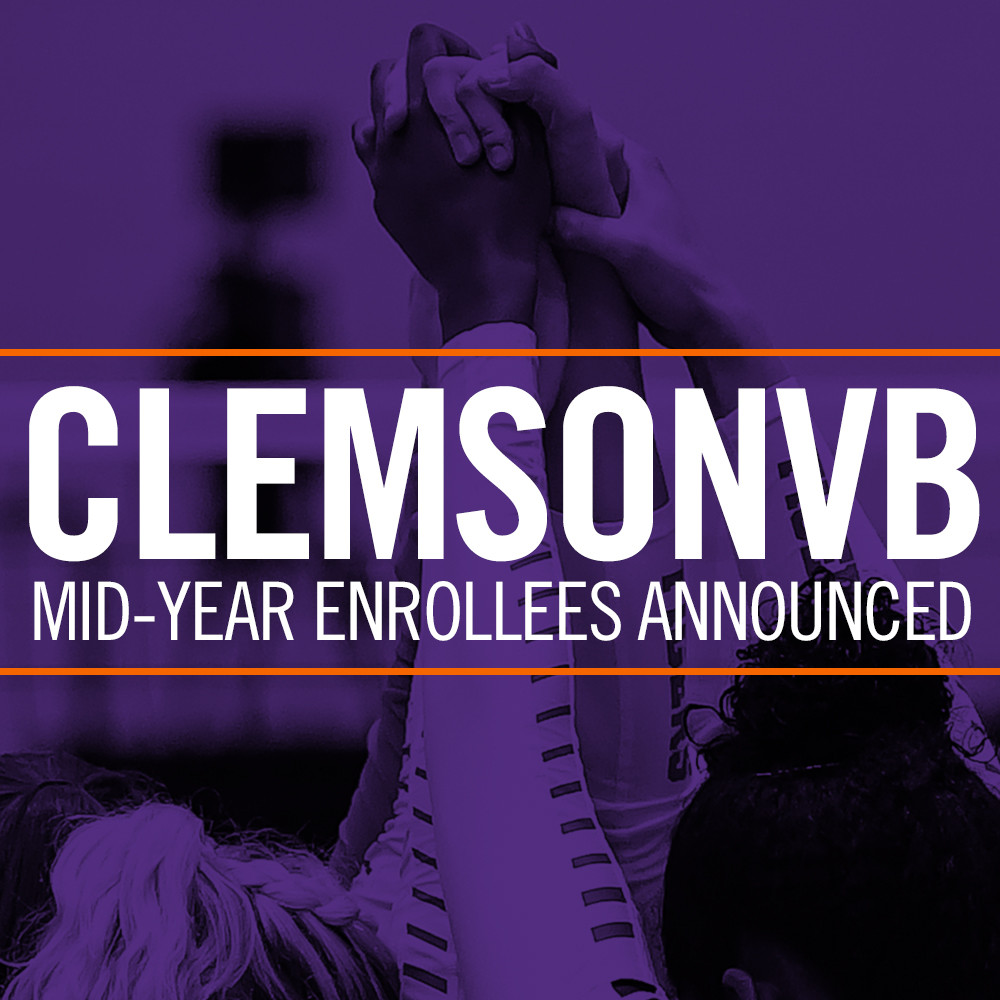 CLEMSON, S.C. – With the start of the 2017 spring semester brings two additions to Hugh Hernesman’s incoming freshman class. Madi Howell and Lexie Dorminy have finished high school early in order to join the Tigers this spring and begin training with the team. Howell brings elite experience at the high school, club and national level to the libero position while Dorminy will add depth on the pins.

“We’re looking forward to having this extra spring with Madi and Lexie,” said head coach Hugh Hernesman. “Enrolling early gives them a head start on our training, learning our systems of play and perhaps most importantly- getting them a full spring in our strength and conditioning area. One of the downsides for fall sports is that your freshmen come in essentially ‘as is’ and there is only so much we can do to prepare them for the big jump in level of play that they’re about to encounter. Being on campus a semester ahead of time helps to reduce that disadvantage. Additionally, it will help to get Madi and Lexie adjusted academically without having the travel and pressure of the competition season as well as getting socially adjusted to the next phase in their lives.”

She graduates from Farragut High School owning seven volleyball program records including passing percentage, total digs, digs per set, total aces and aces per set. Howell is a three-time All-State and All-District honoree as well as a four-time All-Region selection

What They’re SayingHugh Hernesman: “Madi is among the best liberos in the country in her graduating class. Her time with the USA Volleyball Youth National Team as its libero as well as the countless high level matches she’s been involved in at the highest levels of club volleyball- not to mention playing up an age division in the 18’s last spring- and then leading her high school team to back-to-back state finals appearances all have her very prepared to take the next step. Madi is an extremely driven athlete that will do what it takes in the gym and in the weight room to be the best she can be. Her talents lie equally as a passer in serve-receive as well as defensively. The next step for her is to learn what we do in our defensive system and to adjust to the collegiate level of play.”

Susan Davidson, Head Coach at Farragut High School: Madi Howell has been an outstanding leader for the Lady Admirals. She has set the high standard of the Farragut program, District 4 and Region 2 level of Volleyball play. Madi is a great court leader and student of the game. She provides outstanding confidence to her teammates and intense competitiveness for her team to be successful.

J Hames, Coach and Owner K2 Volleyball Club: “Madi Howell is the best libero K2 volleyball club has ever produced. She is an 18 open AAU all american with incredible athleticism, outstanding ball control, and years of high level experience under her belt. Couple that with her tremendous work ethic and leadership and she will no doubt make an immediate impact for the Clemson Tigers.

Madi Howell: “I was being recruited by Alabama, Kentucky, Tennessee and South Carolina and several other colleges.  But when Coach Hugh and Coach Stephanie came to Clemson and I came for a visit, there was no doubt in my mind that Clemson is where I needed to be. I’ll never forget Coach Hugh telling my mom and dad that they want to be my ‘favorite aunt and uncle’ but we never want to replace your family. They truly look out for their players like family.  For them to invest so much in their players and to dedicate all they have into the success of our program, I knew I wanted to be a part of that. It just feels like home here and there is something special about this program. I knew that Coach Hugh and Stephanie believed in me and wanted to build a program that would win the ACC and get into the NCAA tournament.”

Dorminy graduates from Porter-Gaud with the program record in career kills (1,330) and kills in a single season (631). Her 631 kills came in her senior season in which she registered 45 aces and 336 digs. Over the course of her career she used a .285 hitting percentage to fuel her 1,330 kills which were complemented by 325 blocks, 488 digs and 130 aces.

What They’re SayingHugh Hernesman: “Lexie brings another player to our program that is accustomed to winning. She’s won four straight State Championships at Porter-Gaud and was the leader for that state championship team this year- killing almost 650 balls. Also a former middle, Lexie is a very versatile player, but her future at the collegiate level is going to be on a pin. She’s got a huge arm and is a great learner. Lexie’s growth as a player from just a couple camps here at Clemson was very evident and she has shown the ability to learn, which will be very important as her career progresses. We’re definitely looking forward to seeing what Lexie can do with more training.”

Megan Crouch, Head Coach at Porter-Gaud: “When she sets a goal, she is going to reach it. She works extremely hard at everything she does and she loves to work to achieve something.”

Lexie Dorminy: “You can almost feel the family tradition of success on campus, there’s nothing else like it! The community is so close knit and instantly felt like home to me.”