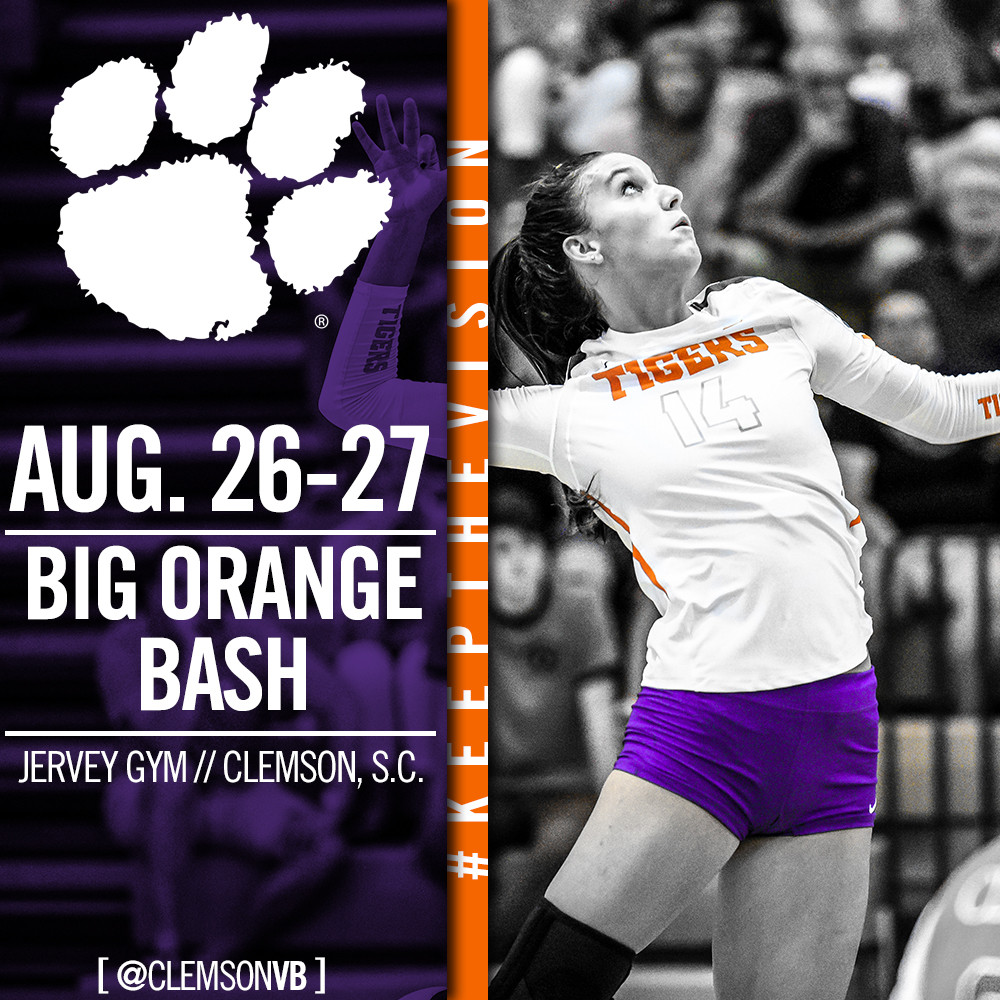 CLEMSON, S.C. – Friday, August 26 marks the beginning of Clemson volleyball’s 2016 regular season as it will host the 27th annual Big Orange Bash. The Tigers will host William & Mary, High Point and Wofford with its season opener set for Friday night at 7:00 p.m., with the Tribe.

Saturday, Clemson will take on High Point at 1:30 p.m., and will conclude the tournament with its match against Wofford at 7:00 p.m. The Tigers are a combined 9-3 against the three opponents with a 4-0 record against the strongest opponent of the group in High Point, as the Panthers finished second in the Big South with a 21-10 record in 2015.

Leah Perri will lead the way in her final season as the Preseason All-ACC outside hitter brings 1,065 career kills into 2016. The Tigers enter the season with 11 of their 15 student-athletes being underclassmen, making Clemson one of just three schools in the conference in which underclassmen make up 70% of its roster. Among the group of underclassmen, the Tigers add two potential starters in 2016 with Annie Carter and Dejhana Cotton back and healthy after medically redshirting their freshman campaign.