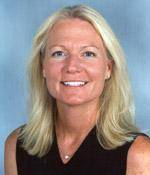 Volleyball Begins ACC Play With a 3-0 Victory over N.C. State

“It was very exciting to start ACC play on a good note with a win at home,” Hoover said. “We’ve been talking a lot about how important these first three matches are. I was very pleased with how we responded.”

Lori Ashton led the Tigers with a fine all-around performance. She notched 15 kills and contributed on defense with three total blocks. Leslie Finn and Brittany Ross also had 15 kills, while Courtney Lawrence had 26 assists. Defensively, Anna Vallinch and Leslie Mansfield had double-digit digs in the match.

The Wolfpack was led by Melanie Rowe, who had 14 kills and a .294 hitting percentage. Lauren Markowski had 25 assists for N.C. State as well.

In game one, Ashton and Finn each had five kills. With Clemson leading slightly at 13-10, the Tigers scored the next seven points to take an insurmountable lead.

Game two was dominated by Ashton and Ross. Both had six kills in the game. Clemson won eight of the last 10 points to take a 30-17 victory in the game.

Next up for the Tigers is a match Saturday with the North Carolina Tar Heels at Jervey Gym. First serve is scheduled for 6:00 PM.