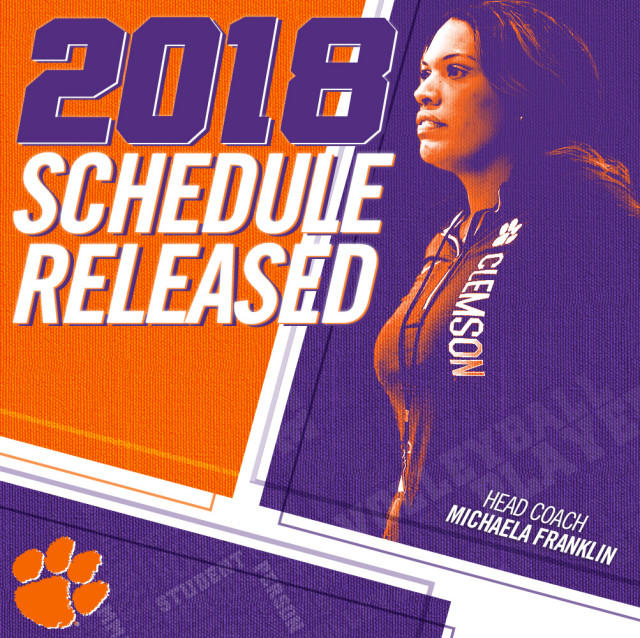 “Our biggest challenge this upcoming season will be learning to be great on the road,” said head coach Michaela Franklin, who enters her second season as Clemson head coach.

“Three of the four tournaments we’ll compete in are on the road against a few teams that were in postseason play last year. I appreciate that we do not have to travel far to gain the experience of playing such competition as it will get us prepared for competing in the ACC.”

After the Gamecock Invitational, the Tigers travel to Boone, North Carolina, for the Appalachian Invitational (Aug. 31-Sept. 1). There, Clemson is set to face the Mountaineers, Mississippi State and Davidson.

Clemson heads north to Boston College (Sept. 21) and Syracuse (Sept. 23) to open ACC play. The Tigers will host their ACC home opener Friday, Sept. 28 against the Fighting Irish of Notre Dame. Setter Caroline Pearsonwill be honored as the team’s only senior in the final home match of the season, which is scheduled for Friday, Nov. 23 at 7 p.m., against Boston College.

Additionally, Clemson is set host a single exhibition match, which is open to the public, against in-state foe Furman Saturday, Aug. 18 at 3 p.m.

Admission is free to the public for all 2018 home Clemson volleyball matches in Jervey Gym.