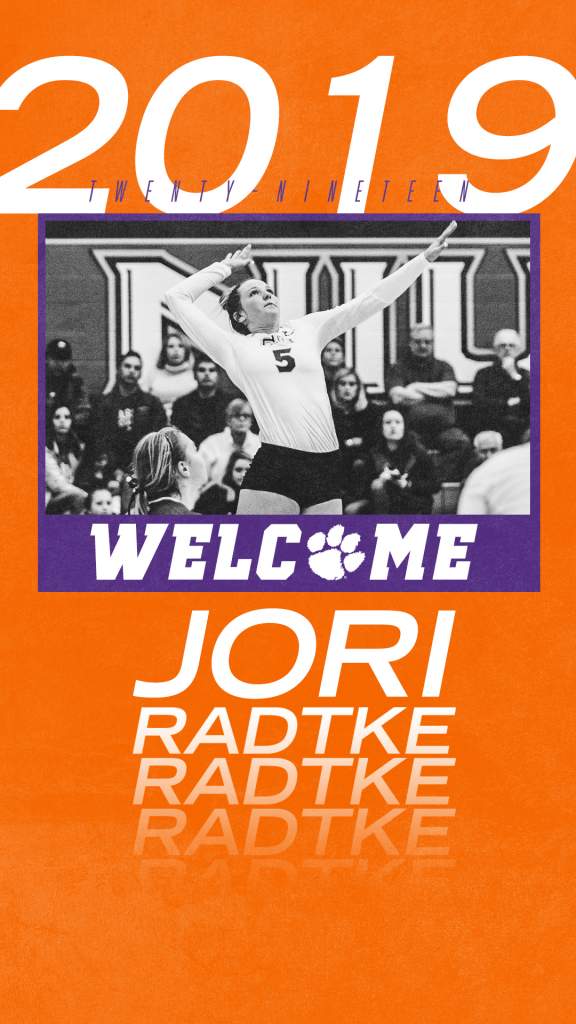 CLEMSON, S.C. – Clemson Volleyball head coach Michaela Franklin announced the addition of Jori Radtke to the program Wednesday. Radtke is a transfer outside hitter and comes to Clemson after a two-year stint at Northern Illinois. Radtke is slated to be a junior for the Tigers this upcoming fall.

“We are thrilled to have Jori join the Clemson Family,” said Franklin. “Jori is a skilled volleyball player that can play the full game and fits perfectly with our program’s philosophy of Championship Behavior because of her determination and drive to be a successful student-athlete.”

Prior to Northern Illinois, Radtke attended and played at Stevenson High School in Linolnshire, Illinois, where she was crowned the 2016 Girls Volleyball Player of the Year by the Pioneer Press. The Buffalo Grove, Illinois native was also a Second Team All-State honoree in 2015. At Stevenson, Radtke set the school’s record for kills in a single season (552) and in a career (1,311). Radtke also helped the Patriots to a third-place finish in the IHSA 4A State Tournament.