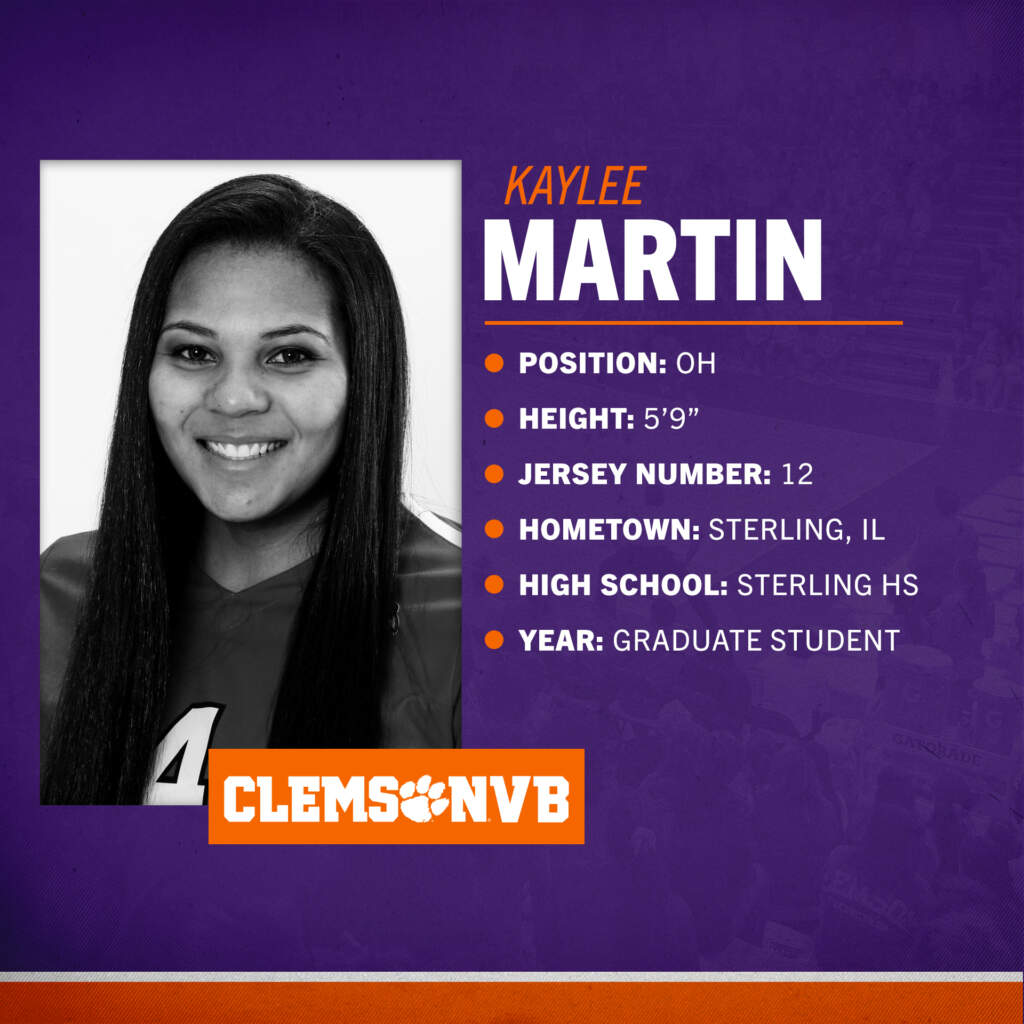 “We are very excited to add Kaylee to our program for this upcoming fall,” said Simpson-Kirr. “She is a dynamic six-rotation outside hitter that brings not only four years of experience, but also the ability to make an immediate impact on our roster, which is still relatively young. Most importantly, she possesses the necessary intangible qualities to be successful on and off the court. We are very much looking forward to seeing Kaylee in a Clemson uniform.”

Martin, a 5-9 outside hitter, guided Illinois State to three straight NCAA tournament appearances from 2018-20 and back-to-back Missouri Valley Conference titles during the 2019 and 2020 seasons. Although it was played during the spring of 2021, Martin was named the 2020 MVC tournament MVP after leading the Redbirds to their second straight MVC title. Also this past season, Martin was tabbed an AVCA All-Region North selection after leading the team in kills per set (4.04), which was also good for third in the MVC. In all three seasons played at Illinois State, she was an MVC First Team All-Conference selection. Martin is also the only player in Illinois State program history to reach at least 1,000 career kills in just three seasons.

Prior to her time at Illinois State, Martin played at NIU during the 2017, where she was one of only three freshmen to garner First Team All-MAC honors in addition to being named to the All-Freshman Team. Martin led the Huskies in kills per set (3.78) in her freshman campaign and was second on the team in digs (248) as a six-rotation outside hitter.

In total, Martin has combined for 1,536 kills and 749 digs in her time at both Northern Illinois and Illinois State.

Martin joins four Clemson freshman signees in Jacyn Bamis and Aźyah Dailey, who will arrive on campus this summer, in addition to current Tigers Kyla Solis and Devan Taylor, who enrolled earlier this spring.