CLEMSON, S.C. – Clemson Track & Field throwers Grant Voeks and Janell Fullerton have been named 2019 National Strength and Conditioning Association (NSCA) Athletes of the Year, per the NSCA’s release. The All-American Strength and Conditioning Athlete of the Year Award program recognizes those collegiate athletes whose athletic accomplishments reflect their dedication to strength training and conditioning. 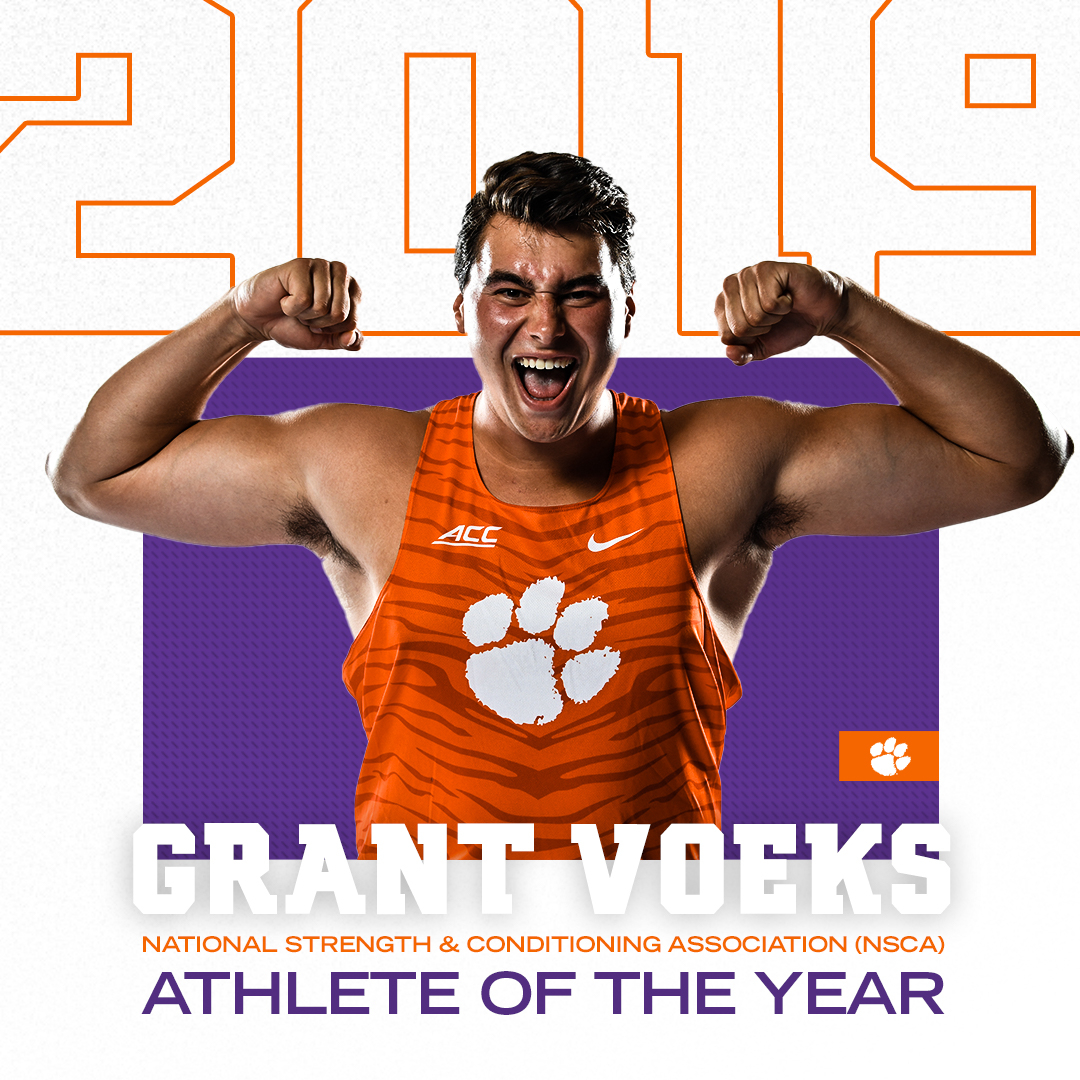 “Grant Voeks has made tremendous improvement over the past two years in the weight room as well as in the circle,” said Clemson strength and conditioning coach Andy Earp. “Through his dedication to training as well as his nutrition he has been able to add 40 pounds of bodyweight over the past year and has become one of the strongest members of the throws squad, demonstrated by his 670 pound trap bar deadlift. His strength has translated to the circle with a third-place finish in shot put during the 2019 ACC Indoor Track and Field Championship. Grant has become a leader amongst the group and promotes a culture of hard work and attention to detail.”

In addition to earning First Team All-ACC honors at the 2019 ACC Indoor Championships, Voeks has registered top-10 program marks in both the indoor and outdoor shot put and the discus this season. 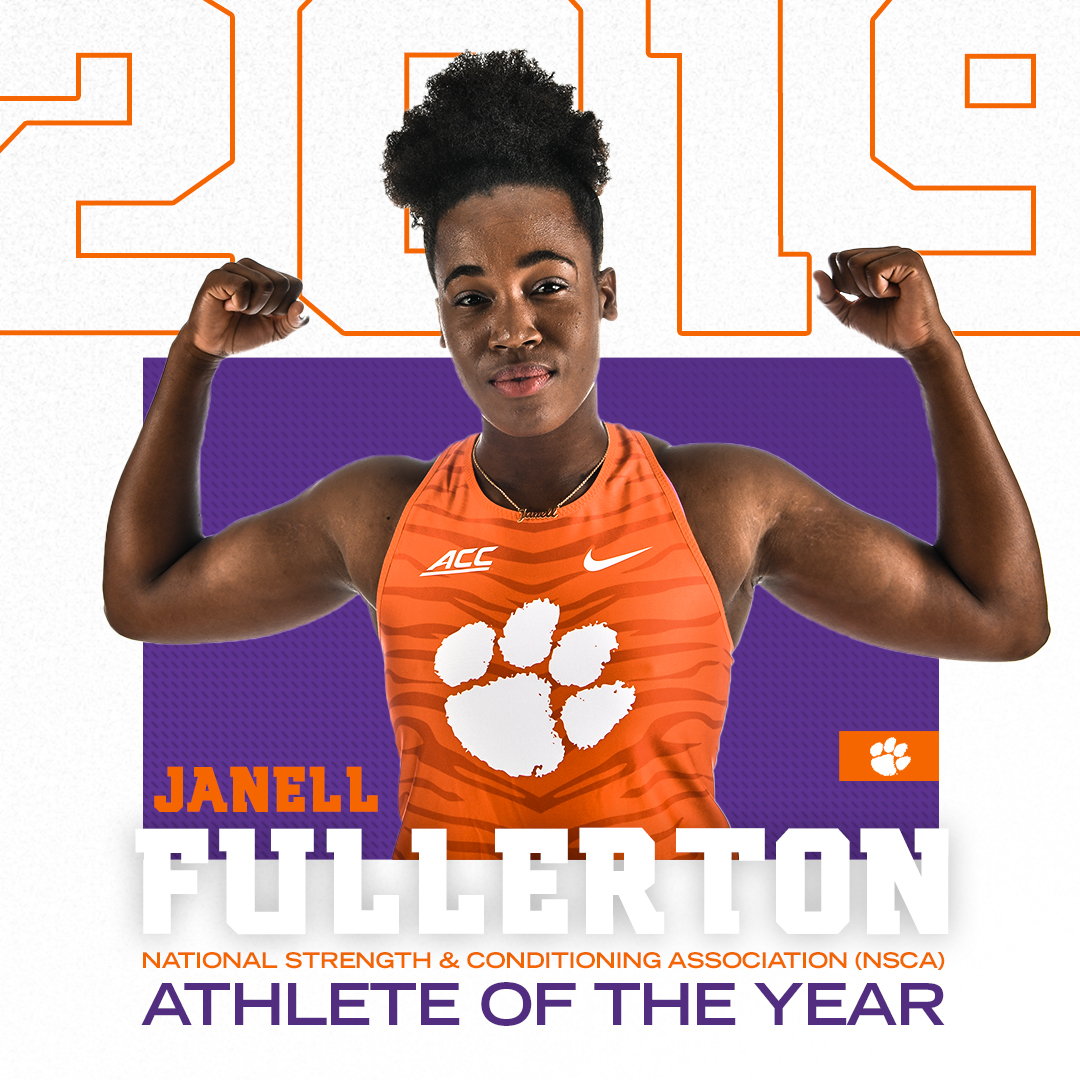 “Since coming to Clemson in the Spring of 2018, Janell Fullerton has placed an enormous emphasis on her physical preparation. She has trained consistently throughout the spring as well as on her own throughout the summer to prepare herself for her first year of competition. Her hard work and consistency has established her as one of the strongest females in the weight room, demonstrated by her 445 pound trap bar deadlift, 330 pound back squat, and 215 pound bench press. Janell’s efforts in the weight room have translated to the circle with a second-place finish in shot put at her first ever ACC Indoor Track and Field Championship.”

In her first season competing in a Clemson uniform, Fullerton posted No. 2 program marks in both the indoor and outdoor shot put. Like Voeks, her performance in the shot put at the 2019 ACC Indoor Championships earned her First Team All-ACC accolades.