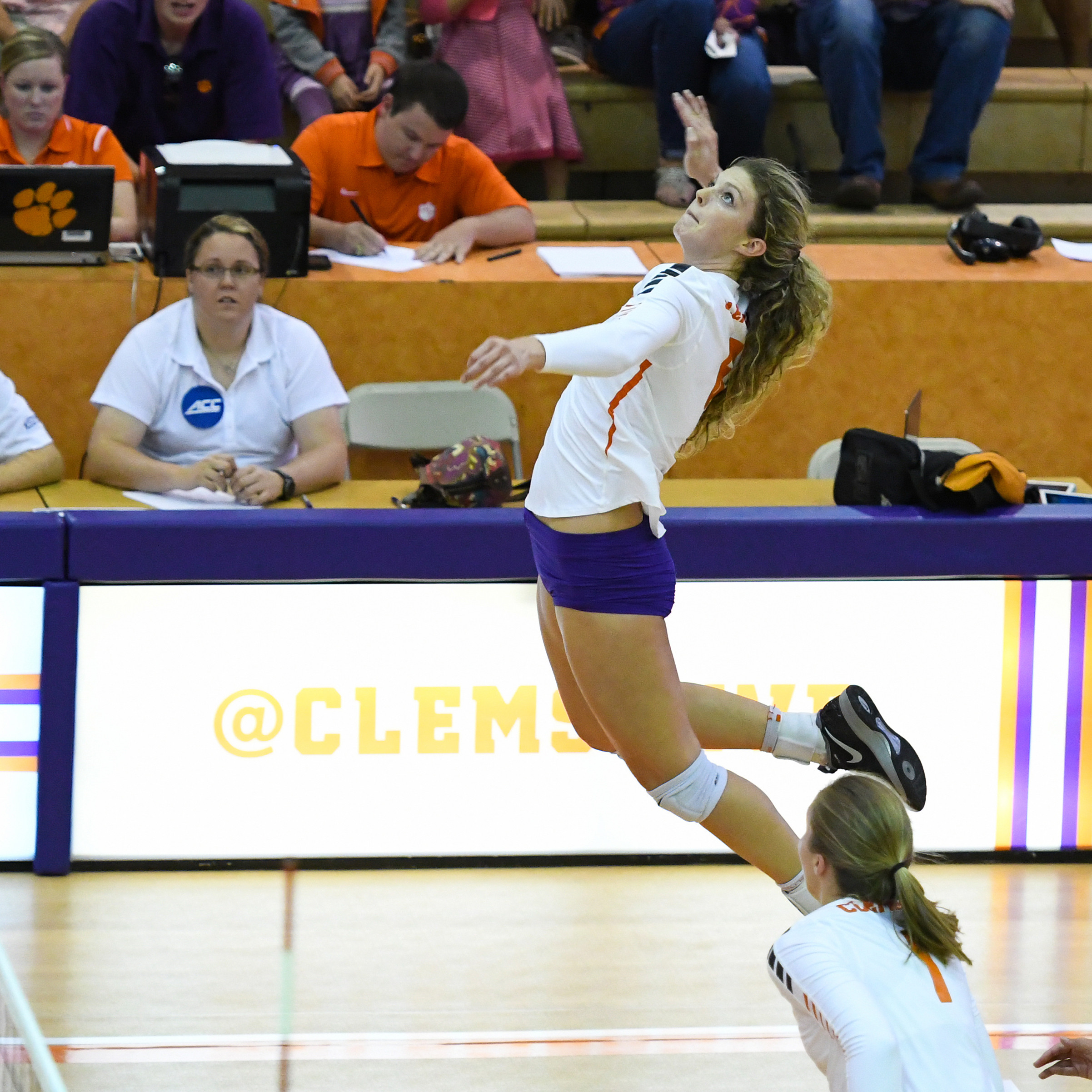 “I really liked how we competed today,” said head coach Hugh Hernesman. “I think from the start, our focus defensively and our focus in chaotic situations was very good. I think that set the tone for us early in terms of how we were going to compete.”

“We were worried about Tolbert coming in and I thought we did a good job of containing her some. But Owens and McKenzie were really good today. Perri once again led the charge. But it was more of her mindset in serve receive and defensively that I felt set the tone.”

Perri threw down 19 kills and hit .326 with 14 digs and three blocks to lead Clemson with 20.5 points. Keely Hayes was the other Tiger to finish with a double-double, setting her teammates to 21 kills and digging 13 of Virginia Tech’s attempts. Emily Curtis was the third player to register 10-plus digs as the freshman earned her 13th match of the season with 10 digs or more. She led the back row with 16 on the day.

Kailey Harvell led offensive support for Perri with nine kills to her credit while Tori Woogk and Megan McGinley each finished with eight efficient kills. McGinley hit .273 against the Hokies while Woogk hit .238. McGinley and Light each finished with four blocks to their credit.