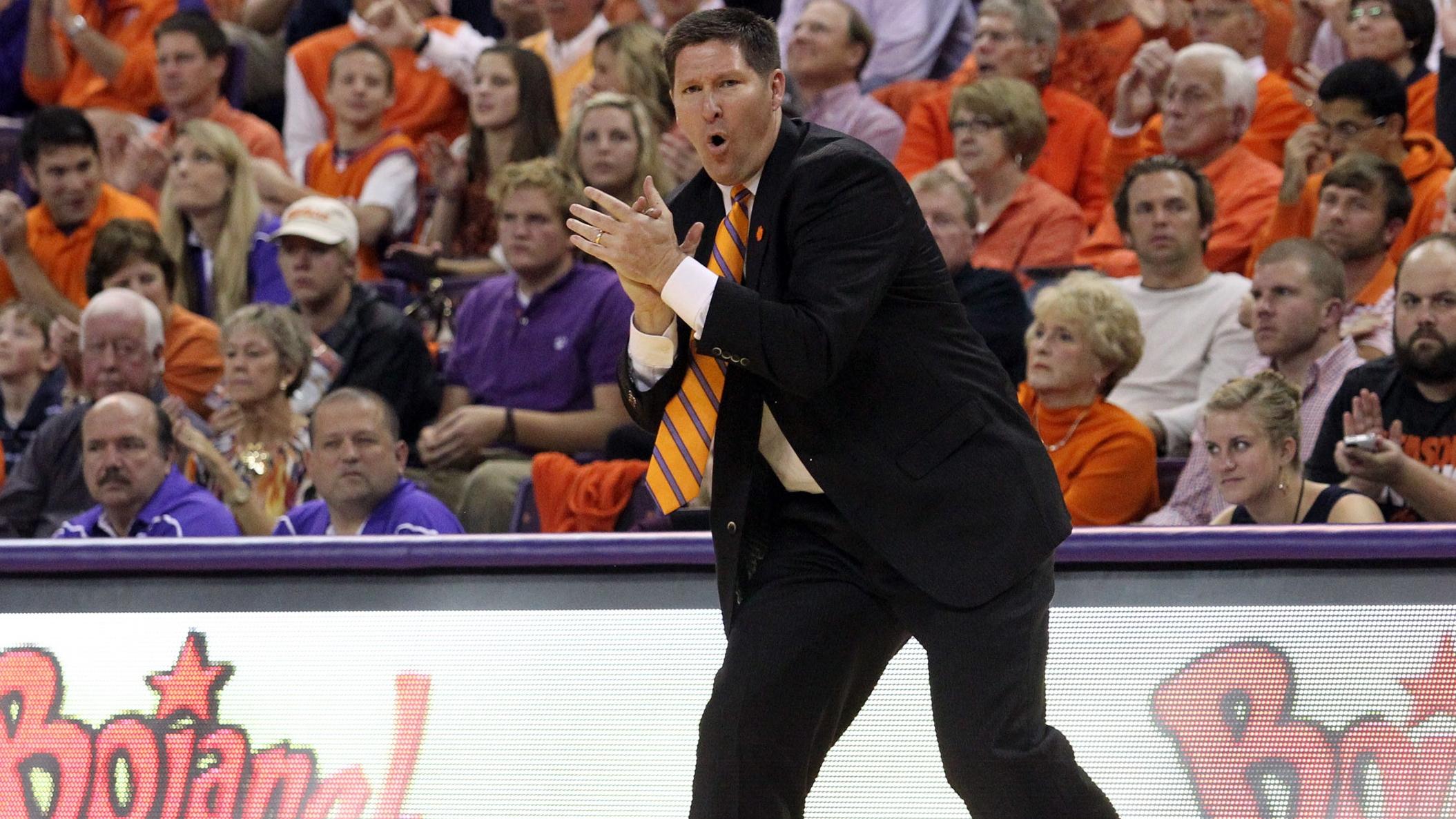 CHARLESTON, SC – Head Coach Brad Brownell worked his team through a pair of practices Wednesday in preparation for this week’s Charleston Classic. Clemson enters the tournament with a 3-0 overall record and is coming off a 71-57 victory over archrival South Carolina on Sunday. The Tigers take on Temple in the opening round Thursday at 8 p.m. in a game streamed live by ESPN3.

The Tigers worked out at 11 a.m. at The Citadel, where former Clemson guard Zavier Anderson currently serves as the Bulldogs’ director of basketball operations. He exchanged some handshakes with his former coaches before heading out with his team to play at Wake Forest tomorrow.

After a spirited 90-minute practice, the team made its way over to TD Arena – College of Charleston’s home venue. Clemson has played in the arena four previous times, compiling a perfect 4-0 record. Oliver Purnell’s 2008-09 team won the Charleston Classic by winning games over Hofstra, TCU and Temple – Clemson’s opponent Thursday. In 2010-11, Brownell’s first season at Clemson, the Tigers overcame a double-digit deficit to storm back for a 66-59 win over a quality College of Charleston team.

Brownell’s team spent nearly an hour on the court of TD Arena, running through sets and covering part of the game plan for Thursday. Brownell and Assistant Coach Earl Grant, a Charleston native, met with the local ABC sports affiliate after the session ended.

ESPN does a great job with each of their regular season tournaments, and the Charleston Classic is no exception. On Wednesday evening, the Tiger travel party will head across the Cooper River to the tournament’s welcome reception at the USS Yorktown – an aircraft carrier built during World War II that serves as a museum ship at Patriots Point.

ClemsonTigers.com caught up with Brownell and junior forward K.J. McDaniels before the team returned to the hotel for some down time prior to the welcome event. Click the ‘Play’ button on the photo above to access the video.