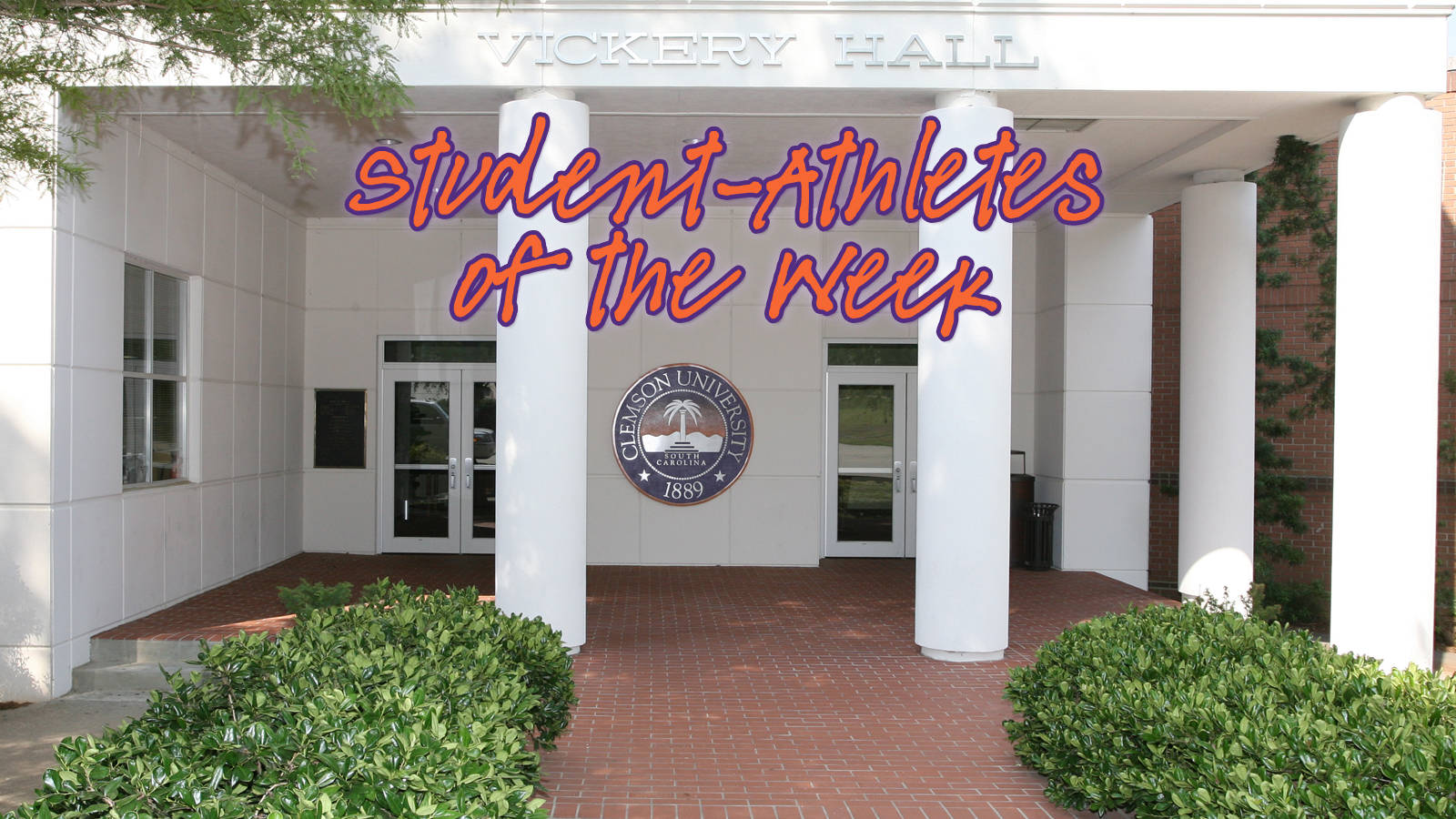 Male:  Austin SavageSport:  SoccerYear:  SeniorMajor:  PRTMHometown:  Summerville, SCFavorite Professor:  Dan AndersonFavorite Class:  PRTM 407Athletic Highlight:  Savage scored three goals and had one assist in leading Clemson to a 5-0 victory over Gardner-Webb on Tuesday, October 16.  Savage’s three goals was the first hat trick by a Clemson player since October 3, 2008. Savage leads the team in scoring with seven goals and two assists on the season. He will be graduating in December with a degree in PRTM.

Female:  Morgan HertSport:  SoccerYear:  JuniorMajor:  PRTMHometown:  Greenville, SCFavorite Professor:  Teresa TuckerFavorite Class:  Therapeutic RecreationAthletic Highlight:  Hert recorded five saves in the Tigers’ 1-0 victory over NC State and improved her record to 1-1 in goal on the year. In the final minutes of regulation, Hert came up with a diving save on an NC State shot that would have tied the game, preserving the team’s first ACC win of the year.