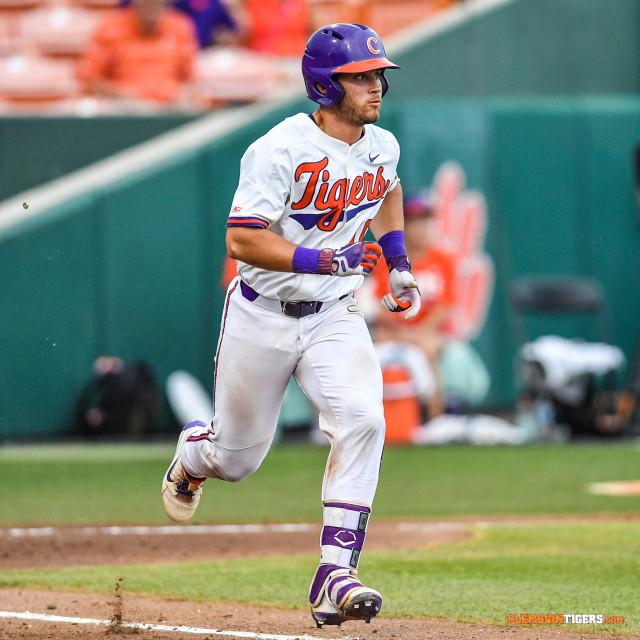 CLEMSON, S.C. – Vanderbilt hit nine home runs in its 19-6 victory over No. 2 Clemson to win the Clemson Regional at Doug Kingsmore Stadium on Sunday night. The Commodores improved to 34-25, while the Tigers’ season ended with a 47-16 record. Clemson’s 47 wins were its most since 2006.

Stephen Scott hit a solo homer in the first inning for the game’s first run. In the third inning, Connor Kaiser blasted a three-run homer, then Philip Clarke followed with a homer to put Vanderbilt up 5-0. In the fourth inning, Chris Williams answered with a two-run homer, his 18th long ball of the season, then Clarke belted his second solo homer of the game in the top of the fifth inning. Kier Meredith was hit-by-pitch with the bases loaded in the bottom of the fifth inning to narrow Vanderbilt’s lead to 6-3.

Vanderbilt came right back with five runs in the top of the sixth inning, highlighted by Kaiser’s grand slam. Kyle Wilkie, who ended the season on a 29-game hitting streak, crushed a two-run homer in the bottom of the sixth inning, his fifth home run of the year. Scott responded with his second solo home run of the game in the top of the seventh inning, then Kaiser hit a two-run homer two batters later. Williams lined a two-out, run-scoring double in the bottom of the seventh inning. Julian Infante and Harrison Ray led off the eighth inning with back-to-back home runs, then Kaiser hit a run-scoring single. JJ Bleday added a run-scoring single in the ninth inning.

Kaiser, who was named Clemson Regional MVP, was 5-for-7 with three homers and 10 RBIs in the contest.

The Commodores advanced to the super-regional round to face either Mississippi State or Oklahoma next weekend.