Aamir Simms lead the way for the United States with 17 points on 7-for-16 shooting en route to a double-double with a team-high 13 rebounds.

Tevin Mack reached double-figures for the Red, White and Blue with 10 points.

Alex Hemenway finished with 10 points off the bench for the United States. Hemenway, with quite possibly the play of the night and with the score knotted at 63-all and 44 seconds remaining, knocked down a deep 3-pointer while being fouled and hit the free throw to give the U.S. a 67-63 advantage and help seal a victory.

The Hemenway four-point play capped an 11-0 scoring run for the United States. They trailed 63-57 before engineering the game sealing run.

The United States finished with 13 assists and 10 steals, while forcing Finland to commit 21 turnovers. 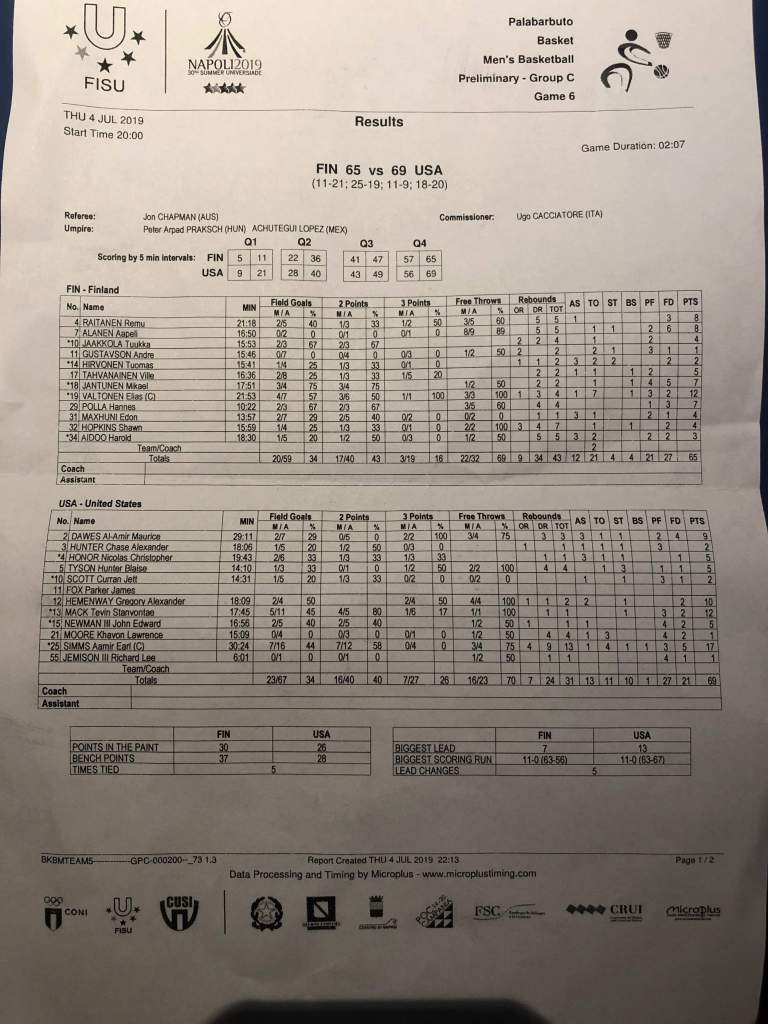