NAPLES, Italy –– The United States jumped out to an 11-1 advantage early in the first quarter, held that same 11-point lead after the third quarter and was able to hang on for a one-point victory to move to 2-0 in pool play.

John Newman III led the United States with a game-high 18 points 7-for-14 shooting from the floor. Newman finished with five rebounds and six fouls drawn – a game-high.

After taking a two-point lead into halftime, the United States opened the second half on a 10-1 run to lead 46-35 halfway through the third quarter. The USA led by as many as 12 midway through the fourth quarter and gutted out the victory.

"Guys, you did an unbelievable job of competing." 🇺🇸🇺🇸 pic.twitter.com/946kxMLIpp 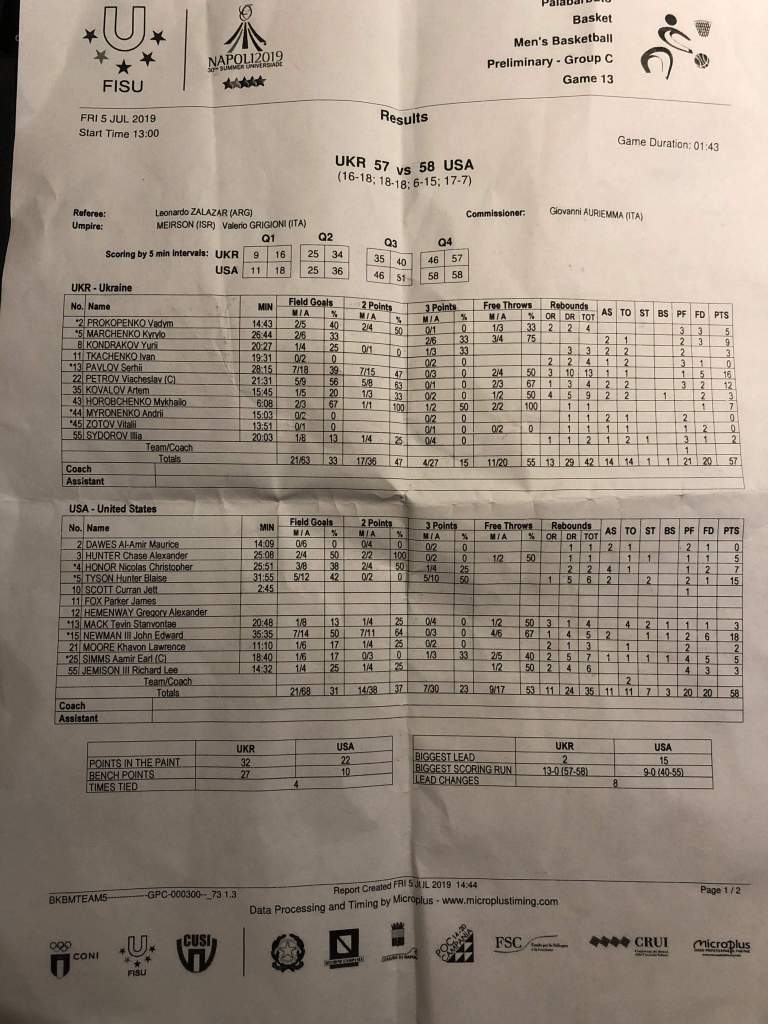