NAPLES, Italy –– The United States went back and forth with China over the course of the first two quarters but took off in the second half and coasted to a comfortable 99-70 victory on Saturday evening.

Aamir Simms led the United States in scoring once again with 19 points on 8-for-15 shooting from the floor, including two triples. Simms also grabbed seven rebounds. Tevin Mack finished right behind with 16 points and was 6-of-9 from the field.

Curran Scott chipped in 12 points and John Newman III finished with 11 to round out the United States’ double-digit scorers. Newman also nearly accomplished a double-double by grabbing nine rebounds.

The United States trailed by seven after the first quarter but regained the lead following a 14-6 run to begin the second period and led by three at the break.

In the third quarter, the United States outscored China 26-8 and then 52-26 overall in the second half en route to the blowout victory.

The USA hit 15 3-pointers on the night and finished 44.0 percent from behind the arc. The United States’ bench outscored China’s by nearly 40 points (55-14).

The United States will play Germany in the quarterfinals on Monday at 5:30 p.m. (11:30 a.m. ET) with the beginning of medal round play (final eight teams). 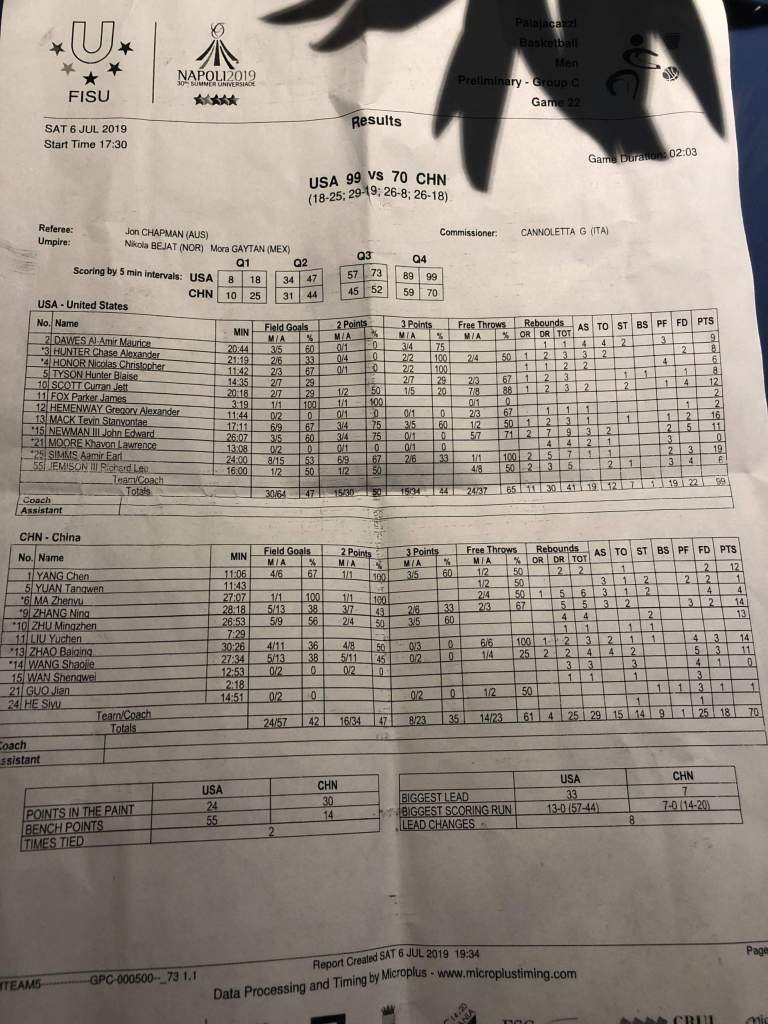