NAPLES, Italy –– Behind a big second half, the United States defeated Germany in the quarterfinals of the 2019 World University Games by a final score of 76-74 on Monday evening.

Four members of the USA Team notched double-figures, including two that posted double-doubles in the victory. Tevin Mack led the way with 18 points and 10 rebounds, while Aamir Simms finished with 11 points and 10 boards.

John Newman III chipped in 16 points and six rebounds, while Nick Honor collected 11 points, three assists and two steals. Honor knocked down a crucial 3-pointer in the corner with the United States leading 71-68 to help seal the victory. 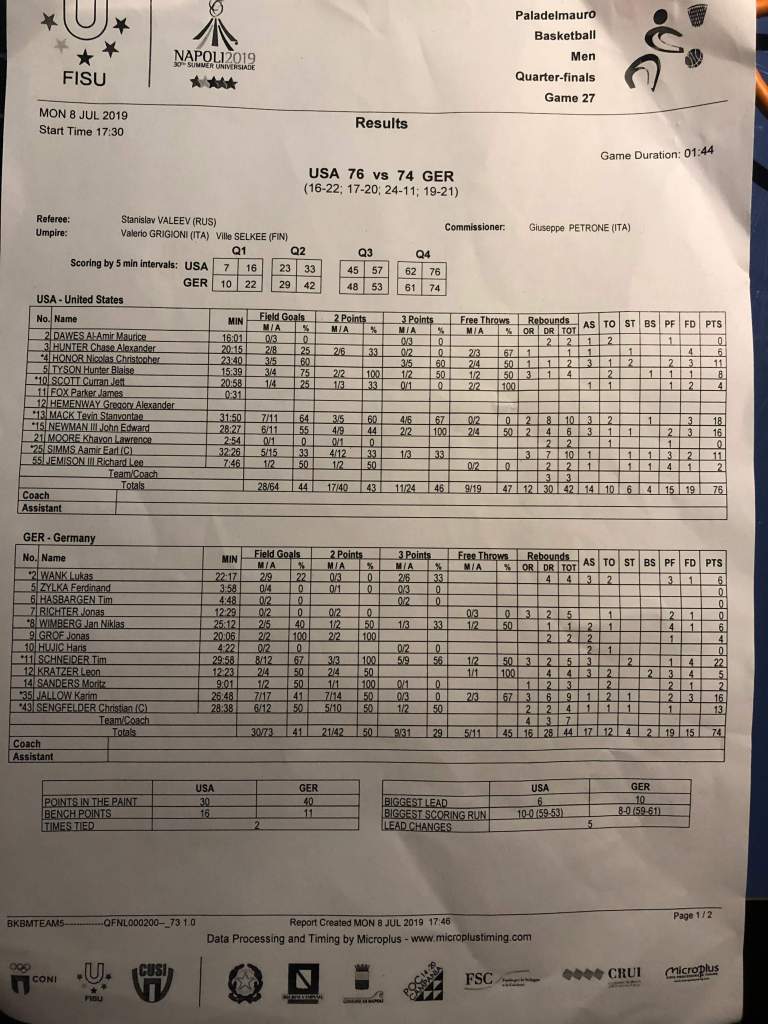