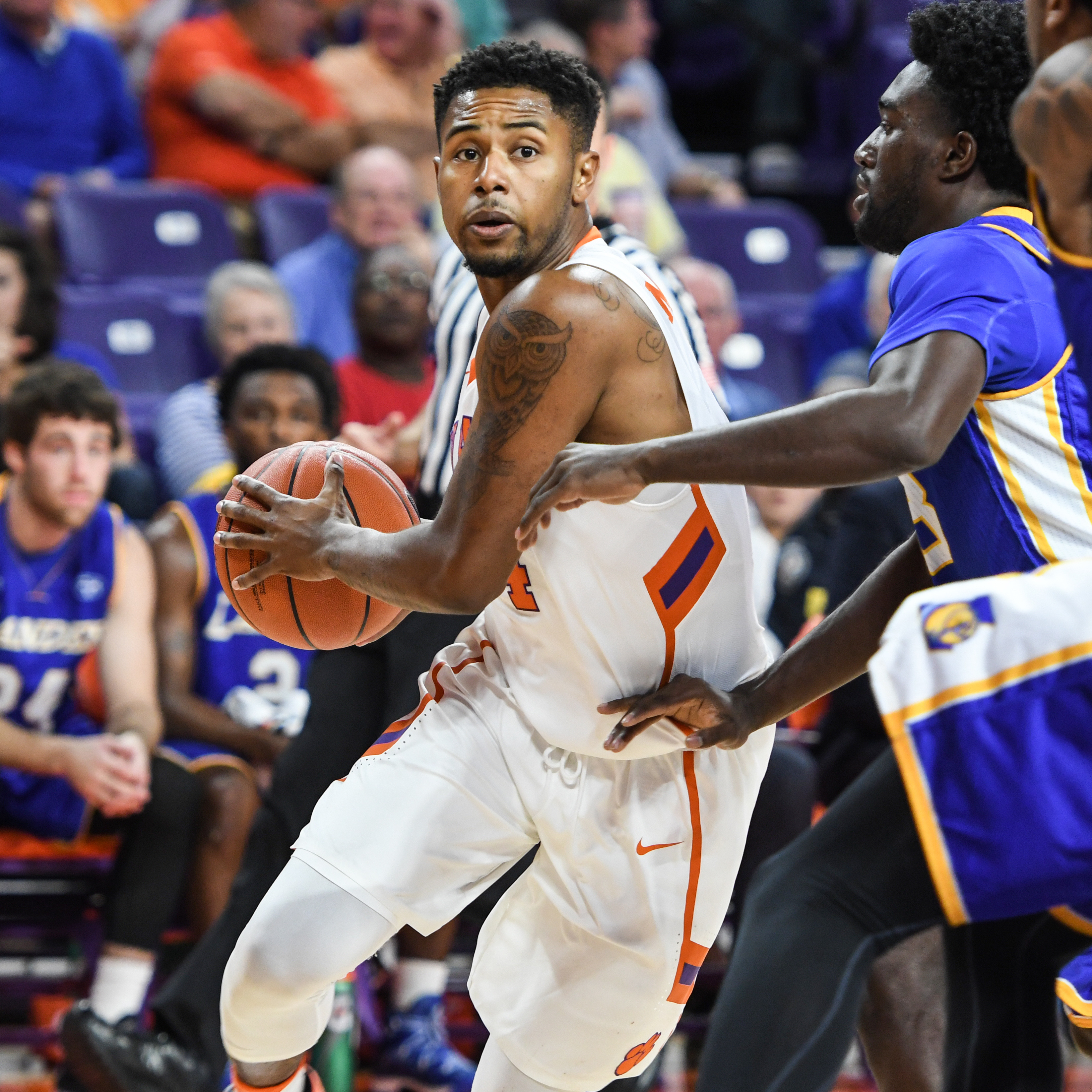 DURHAM, N.C. — A double-digit comeback and upset attempt fell short Saturday as time expired, with No. 18 Duke hanging on for a 64-62 win over Clemson in Cameron Indoor Stadium. The Tigers had the ball on the final possession, but could not convert to tie or win the game. Clemson fell to 13-11 (3-9 in the ACC) with the loss, while Duke improved to 20-5 (8-4 in league play).

The loss marred a season-best performance from sophomore point guard Shelton Mitchell. The Tar Heel state native put on a show in the second half, scoring 21 of his career-high 23 points after intermission. He was joined in double figures by fellow sophomore Elijah Thomas, who also had a career-high with 15 points. Luke Kennard led all players with 25 points.

Clemson overcame a season-low 18 percent shooting mark in the opening half. Duke converted 70 percent of its three-point shots in the first frame, but scored just 29 points. Clemson trailed by 11, but would rally in the second half.

The Tigers did not make a three until Mitchell uncorked one from the corner with just over 16 to play in front of the Tiger bench. His long ball jump-started the Tiger offense, which put together a 9-0 run and eventually took the lead at 45-44 behind Marcquise Reed’s steal and slam. But Kennard heated up for the Blue Devils, posting 15 consecutive points to push the Blue Devil advantage back to six at 57-51. Clemson did not fold, and whittled the deficit to just two points twice in the final 70 seconds. After Reed scored with 37 seconds left, the Tigers rebounded a Blue Devil miss to possess the ball with 6.7 to go. But Mitchell could not get a shot off, ending Clemson’s first threat at a win in Cameron since 1995.

Clemson owned nearly every statistical category, sweeping Duke in the five specialty stats including a whopping 34-18 advantage in the paint. But the Blue Devils had a 27-point advantage behind the arc, which proved to be the difference in the game.

The Tigers return home to face Wake Forest on Valentine’s Day at 7 p.m.