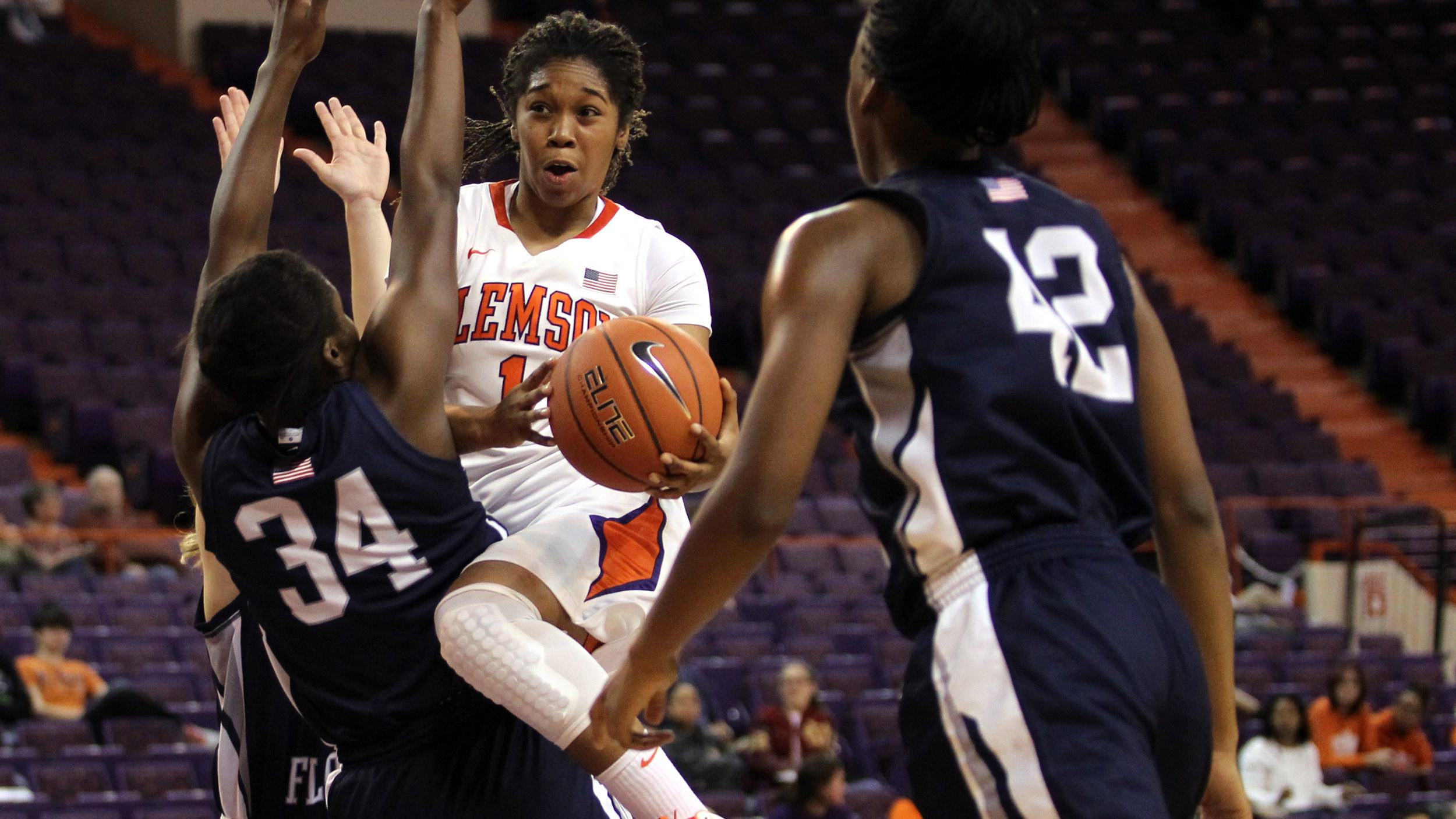 UPDATE: @ClemsonWBB Heads to New Jersey to Take on NJIT

***6 PM WEDNESDAY UPDATE – Thursday’s game will be played at 5 p.m. instead of the previously announced 7 p.m.*** @ClemsonWBB vs. NJIT Game Time Changed Jan. 1, 2014 NEWARK, NJ – The Clemson women’s basketball team’s Thursday contest at NJIT has been rescheduled to start at 5 p.m. The contest was originally slated for 7 p.m., but severe weather forecasted in the northeast made it necessary to move the time up in order to allow the Tigers a chance to return home after the game.  The game will air live on WCCP 104.9 FM with Tom Van Hoy and Dory Kidd. Livestats, twitter updates, and a video broadcast will also be available Game Information: Who: Clemson Tigers (7-6) at NJIT Highlanders (4-12) When: Thursday, Jan. 2 at 5 p.m. Where: Newark, NJ (Estelle & Zoom Fleisher Athletic Center) Watch: NJITHighlanders.com ($) Listen: WCCP 104.9 FM (Tom Van Hoy, Dory Kidd) and Clemson Tigers Official App Next Game: Clemson at #2 Notre Dame, Jan. 5, Notre Dame, IN CLEMSON, SC – The Clemson women’s basketball team travels to the state of New Jersey for the first time since 2004 as they take on the NJIT Highlanders (4-12) on Thursday night at 5 p.m. in Newark. This will be the first-ever meeting between the programs and Clemson’s (7-6) final non-conference game of the season before opening league play on Sunday at #2 Notre Dame.  The contest will be broadcast on WCCP 104.9 FM in the upstate, and a video broadcast will be available for a fee at NJITHighlanders.com. Fans can also follow live stats or @ClemsonWBB on twitter for in-game updates throughout the contest. Clemson has dropped three of the last four after a five-game winning streak. The Tigers have won two of three road games this season, winning at USF and at UNCG. Clemson is guaranteed to finish .500 or better in nonconference play for the first time since the 2009-10, when it went 9-8.  Notes (In 140 Characters or Less):