Clemson Volleyball Head Coach Jackie Simpson-Kirr announced the hiring of Taylor Unroe as the program’s Associate Head Coach on Friday. Unroe, who was a standout libero at the University of Florida, brings a wealth of coaching experience after stints at Memphis, Mississippi State, High Point and George Mason. Unroe will serve as Clemson’s recruiting coordinator and spearhead the Tigers’ efforts defensively and in serve-receive.

“I am thrilled to have Taylor join our staff,” said Simpson-Kirr. “She is a transformative leader that truly cares for the well-being of the student-athletes she works with. She is one of the most creative defensive coordinators in the country and will make an immediate impact on how our team competes this fall. As a recruiting coordinator, I have the utmost confidence that Taylor’s ability to foster genuine relationships will allow for our program’s continued success.”

“I am honored Jackie and Clemson University have given me the opportunity to join the Clemson Volleyball family,” said Unroe. “I believe in Jackie’s vision for the program and believe Clemson will give every resource they can to make that vision come to light. I have known Jackie for many years and she was the first head coach I worked for when I joined this profession. Her passion for mentorship and development of young women is what I most admire about her and I believe the student-athletes at Clemson will benefit from her leadership. I cannot wait to get started.”

Most recently at Memphis, Unroe guided the outside hitters and backcourt defense. Unroe mentored freshman libero Bailey Houlihan to early success as she averaged 4.93 digs per set, a team high and good for fourth in the American Athletic Conference. Unroe also guided Tiger outside hitter Sam Drewry, who led the team in kills during her freshman season.

Preceding her one season at Mississippi State, Unroe spent the 2017 season at High Point University. The Panthers saw incredible success as they registered an undefeated 16-0 record against Big South foes and a 24-8 overall record. High Point earned an at-large bid to the NCAA tournament for the first time in program history and is the only team in program history to have done so. Unroe guided freshman libero Abby Bottomley to Big South Freshman of the Year honors, while also earning a spot on the Big South All-Freshman team and All-Conference First Team.

Unroe began her coaching career at George Mason, where she spent two seasons as the defensive coordinator under the direction of Simpson-Kirr, who was the Patriots’ Head Coach from 2015-16 before her arrival at Clemson. Unroe propelled the Patriot defense to lead the Atlantic-10 Conference in digs for the first time since joining the league.

Before her coaching career began, Unroe achieved enormous success on the court at Florida. While at Florida, Unroe and the Gators recorded four-straight 25-plus win seasons, two Southeastern Conference championships, four-consecutive NCAA tournament appearances and two NCAA regional final appearances. During her career, Unroe helped the Gators compile a 110-19 overall record and a 70-6 SEC record. Unroe’s name is also scattered throughout Florida’s record books. As of 2021, Unroe is currently second all-time in digs (1,558), ninth in aces (130) and fifth in sets played (449). During her junior year in 2013, Unroe became the first player in Florida Volleyball history to be named the SEC Libero of the Year. She was also awarded AVCA All-America Honorable Mention in 2013.

Unroe, a native of Muncie, Indiana, earned her bachelor’s and master’s degrees in family, youth and community from Florida in 2014. 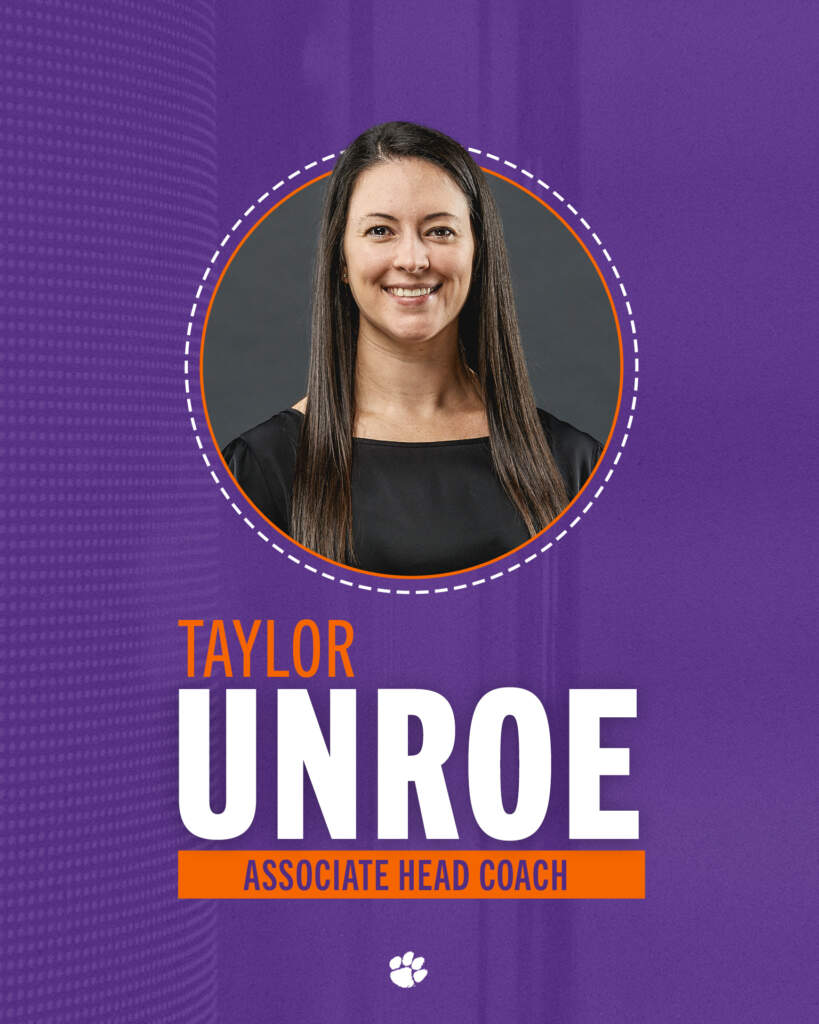