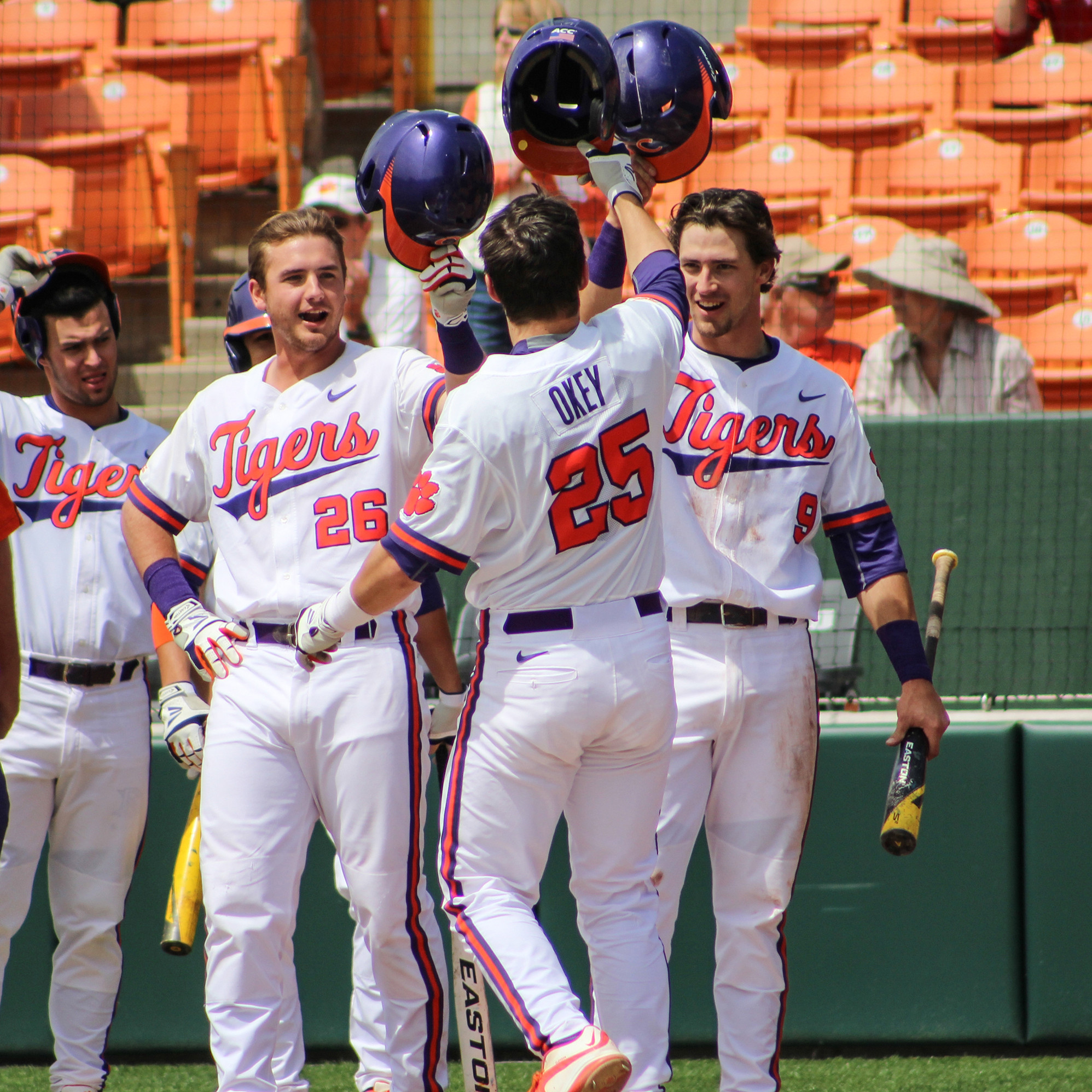 The Tigers jumped out to a 4-0 lead thanks to Chris Okey’s three-run homer in the first inning and Tyler Slaton’s run-scoring double in the second inning. North Carolina rallied with three runs in the third inning, one run in the fourth inning and another run in the fifth inning to take a 5-4 lead. Tyler Ramirez, who was 3-for-5 with five RBIs, added a three-run homer in the top of the seventh inning. Eli White laced a two-run double in the bottom of the seventh inning and Clemson added a run in the eighth inning, but the Tar Heels worked out of a no-out, bases-loaded jam to preserve their one-run lead.

“We played really good in the first couple of innings before their guy settled in,” said head coach Jack Leggett. “He’s a good pitcher, one of the best they have, and he’s experienced and he kept us in check. We did have some opportunities, but they have a really good pitching staff with good arms.

“We played really well this weekend. I’m proud of how our kids competed and gave ourselves an opportunity in all three ballgames. We had some chances today, but just didn’t come through.

“It would be nice to have a sweep, but that’s tough to do in this conference. Every game is important, so we have to put this behind us and concentrate on Tuesday. I’m pleased with how we played. Our guys played really well this weekend.”

The Tigers return to the diamond Tuesday when they host Georgia at 6:30 p.m. on ESPN3. Tuesday is Military Appreciation Day, as we honor and recognize our troops.