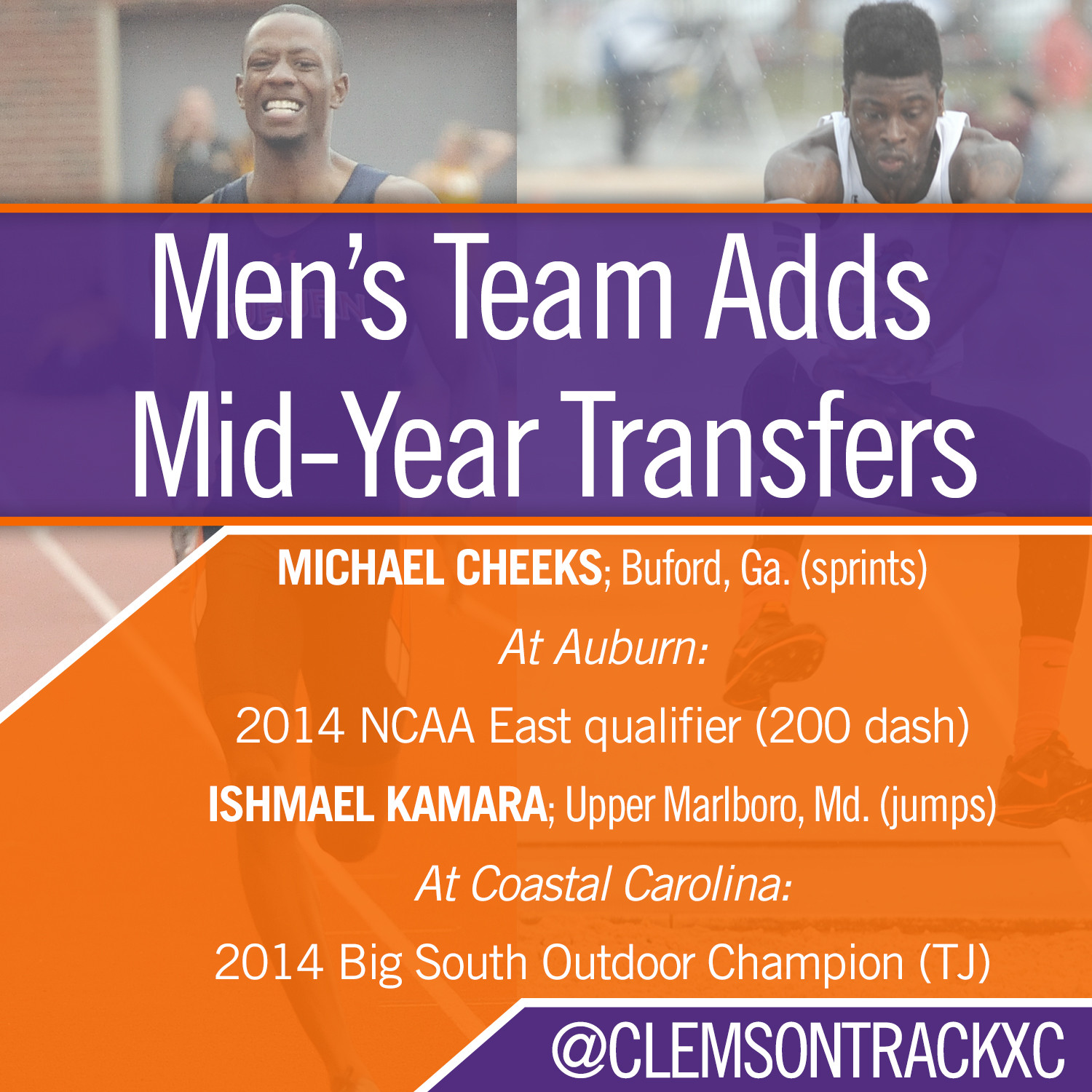 CLEMSON, S.C. – Michael Cheeks and Ishmael Kamara have joined the men’s track & field team, announced Wednesday. Both athletes will kick off their first semester at Clemson today, and will be able to compete with the team for the 2014-15 track seasons.

Kamara is a sophomore transfer from Coastal Carolina, where he competed in the 100-meter dash, long jump and triple jump. He posted his career best in his one season as a Chanticleer in the long jump at 23-2 and won the 2014 Big South outdoor title in the triple jump. In 2013, he took the Maryland AA State Championship as a senior with a triple jump distance of 49-1, which also gave him the state record.

Cheeks comes to Clemson by way of Auburn University, after competing for the Tigers as a freshman. At Auburn, Cheeks qualified for the 2014 NCAA East Preliminaries after posting a best of 20.82 in the 200 dash. He attended Mill Creek High School in Georgia, where he was a state champion in the highest classification of the 200.