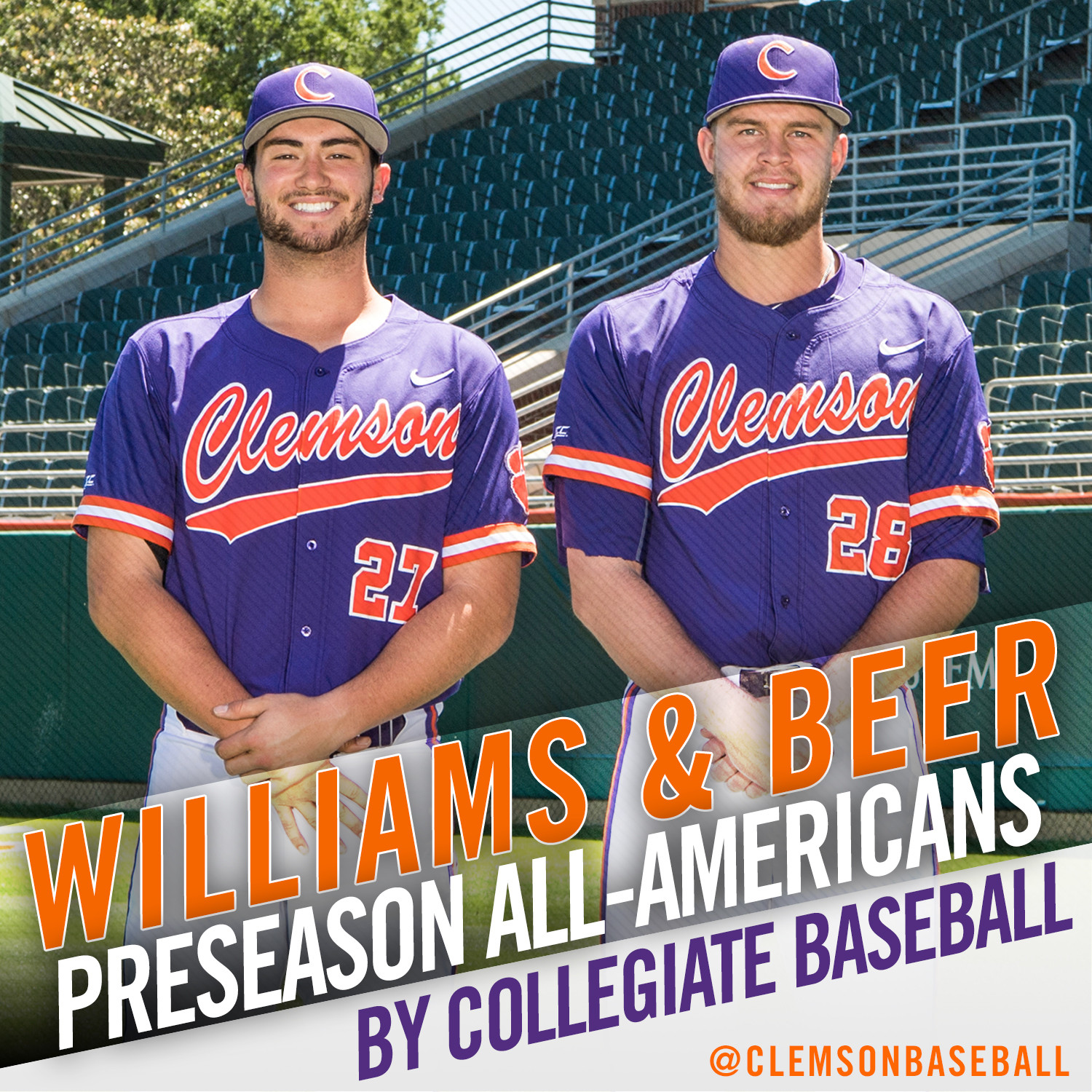 Beer, Williams and the Tigers begin the 2018 season on Feb. 16 against William & Mary at Doug Kingsmore Stadium.