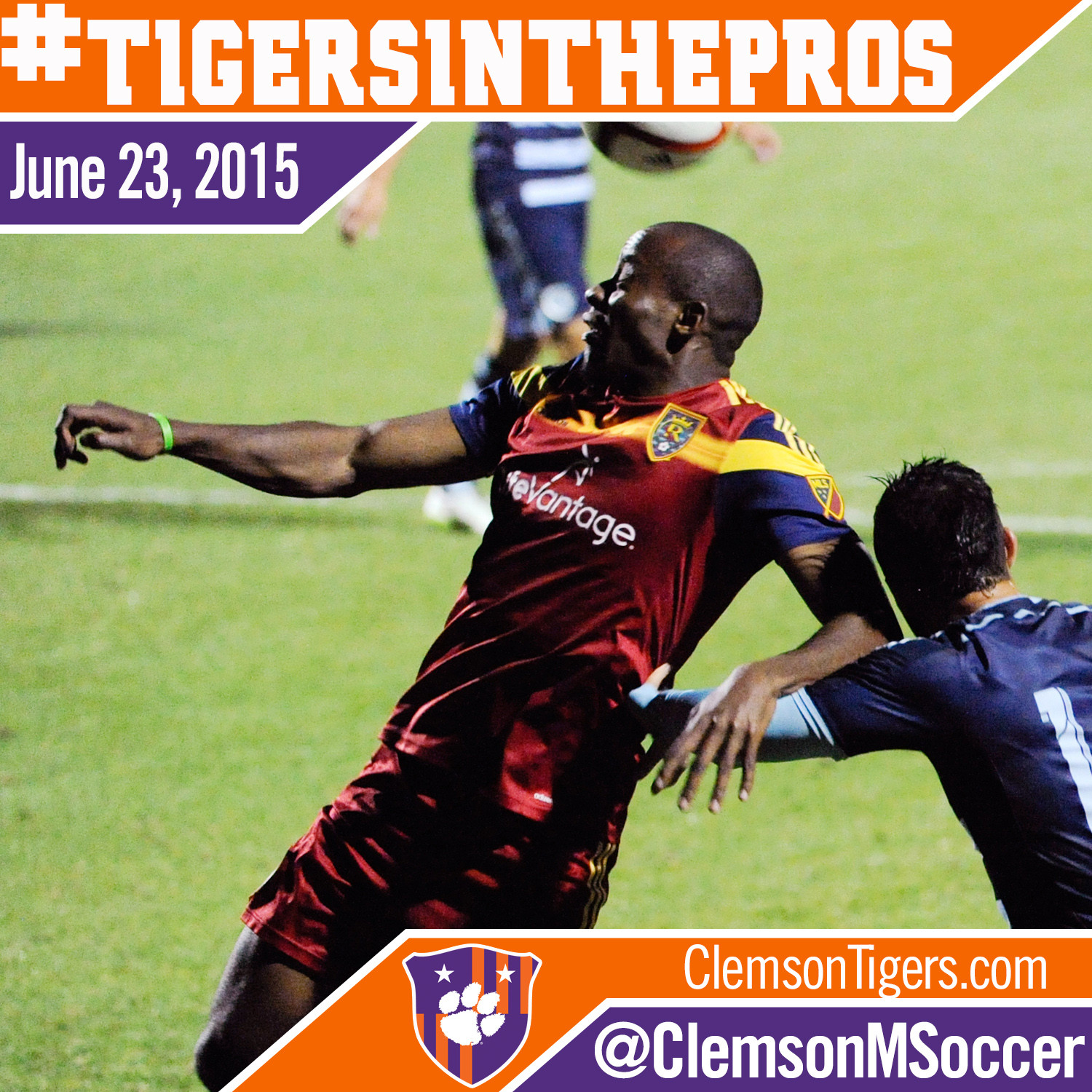 Phanuel Kavita, a team captain on last season’s ACC Tournament championship winning team, made his Major League Soccer debut last Tuesday night against Seattle Sounders FC 2. He subbed on in the 39th minute and played the rest of the match. Kavita was also on the bench for RSL in a stoppage time win over Sporting KC last night.

Manolo Sanchez also made his MLS debut this week for the New York Red Bulls. He fired one shot on goal in 13 minutes against Vancouver Whitecaps FC on Saturday. Dane Richards, another Clemson product with NYRB this season, saw action in both matches last week for New York.

Chris Glodack was dressed and on the bench for the Tampa Bay Rowdies in their final match of the spring season, a 3-0 win over the Atlanta Silverbacks.

Fresh off his MLS Goal of the Week performance last week, Tommy McNamara started a pair of matches for New York City FC this week. McNamara has started three matches this season.

Nathan Sturgis started two matches for the Houston Dynamo last week. Of the nine matches Sturgis has played this season, he’s started eight of them.

The Charlotte Independence, home to Jack Metcalf and Hunter Gilstrap this season, scored a huge win over MLS side New England Revolution earlier this week in a U.S. Open Cup match.