Most of us would be hard-pressed to find something good that has come out of the COVID-19 pandemic. However, Tiger senior golfer Turk Pettit has found one silver lining.

This semester, he is working at Squire Creek Golf Club in Choudrant, La., fulfilling his internship requirement towards his undergraduate degree in parks, recreation & tourism management.

“Because of the pandemic, we don’t have any tournaments this fall,” said Pettit, who is working under his swing coach, Squire Creek Country Club Professional Brad Pullin, at the course that is a 10-hour drive from Clemson. “If we had a regular schedule this fall, I don’t see how I would have been able to do it. This way, I am getting my internship in and can finish my other courses during the spring and graduate.”

Serving the internship under Pullin has also allowed Pettit to get in plenty of practice time. He is anxious to do so, because he went from a strong yet abbreviated junior season at Clemson to an outstanding summer against national and international competition in some of the top amateur tournaments.

“I was happy with where my game was when we stopped (for the pandemic) in March. I have become more consistent, and that comes with maturity. I would not call it improvement (in terms of swing, etc.)…I call it understanding the game more with more experience.” 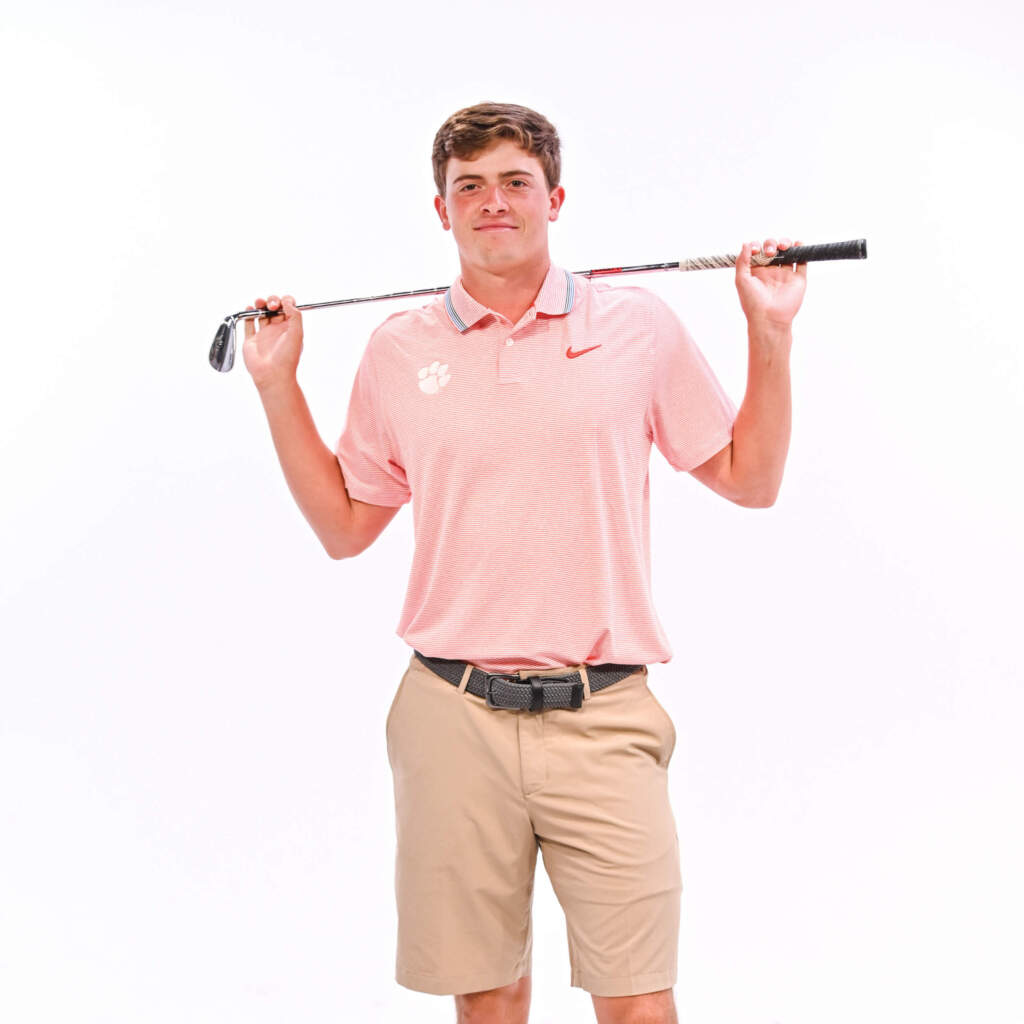 Pettit and the Tigers played seven tournaments during the 2019-20 academic year before the season was stopped after the Tigers won the Palmetto Intercollegiate in Aiken, S.C. Pettit finished second to teammate Jacob Bridgeman thanks to an eight-under-par 202 score for 54 holes.

It was not his top performance of the year, however, as he finished second at the Maui Jim Intercollegiate in Scottsdale, Ariz. in September. Thanks to rounds of 66, 63 and 69, his 198 score tied for the second-lowest 54-hole score in school history, while his second-round 63 tied for the second-lowest score in Tiger history. He finished the year with a 70.62 stroke average, and his 21 rounds included 12 rounds under par.

What was most impressive was his consistency. He shot 72 or better in 17 of the 21 rounds, a big reason Clemson was 14th in the nation in the Golfweek/Sagarin computer rating when the college season was shut down.

The consistent play continued into the summer, as he reached match play at three top amateur tournaments. First, he reached the quarterfinals of the North & South Men’s Championship after finishing tied for 14th in the stroke-play qualifier, then he reached the final 16 of the Western Amateur after finishing seventh in the stroke-play qualifier. He concluded the summer by reaching match play at the U.S. Amateur for the second time in his career.

“I am probably most proud of the Western Amateur,” said Pettit. “That is the toughest tournament in golf. It is four rounds of stroke play, followed by match play. There is nothing like it in golf, amateur or professional.

“It was a good summer, and I feel good about where my game is right now.”

In his career, Pettit has a 71.45 stroke average, fourth in school history, as he enters his final spring. He has nine top-10 finishes, 26 rounds in the 60s and 39 under-par rounds among his 73 total rounds.

Pettit and his teammates are slated to play several amateur tournaments in October and November before the Tigers get back on the course as a team in January. While he is obviously thinking ahead to a professional career, Pettit is focused on what the Tigers can do as a unit this season.

“This is the deepest team we have had since I have been here. We are certainly capable of doing some big things nationally. This is a veteran team that will get better as we go through the spring season.

“Jacob and I played a good bit in the summer, but some of the other guys missed out on some opportunities due to the coronavirus. The more they play, the better we will get.”