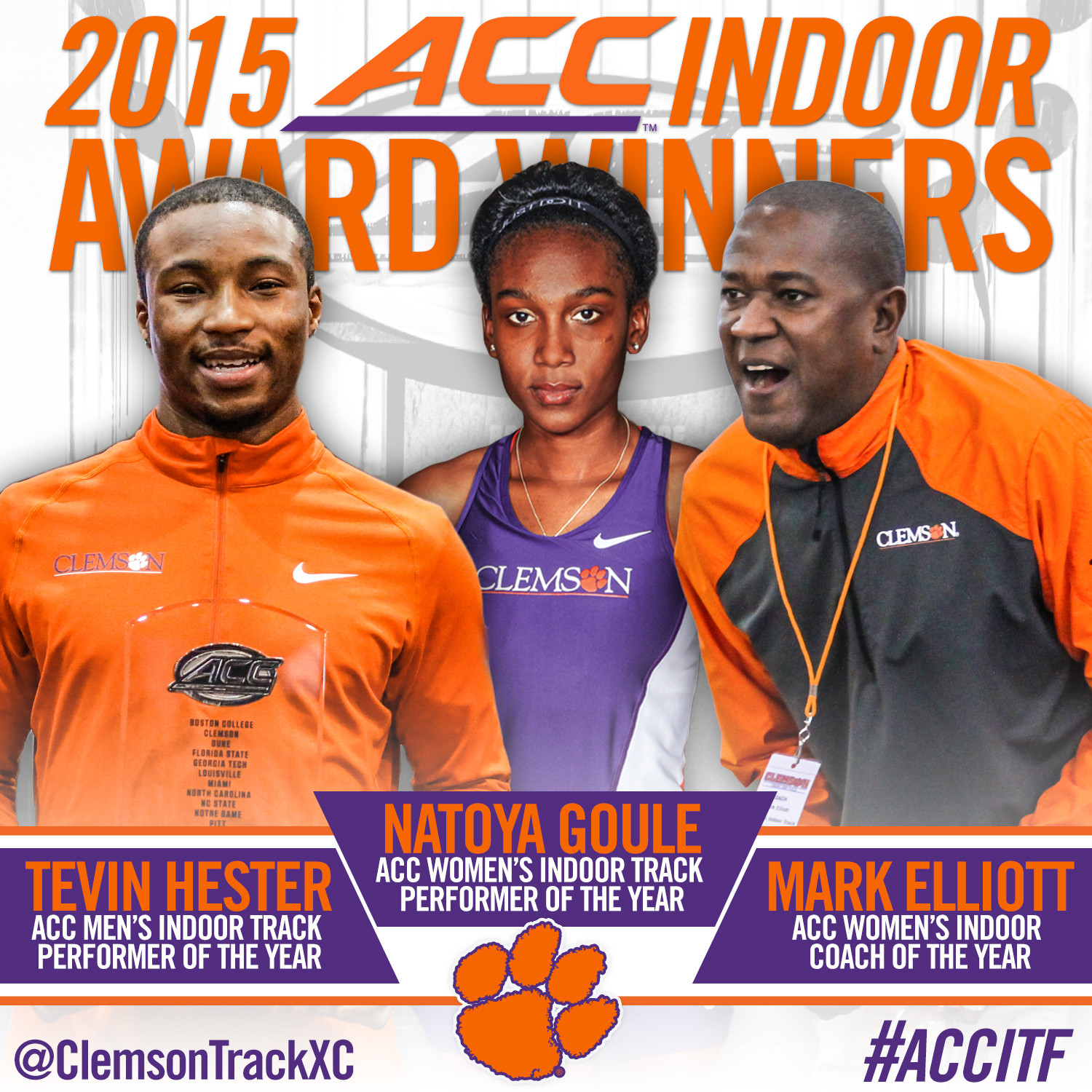 CLEMSON, S.C. — Mark Elliott was named ACC Indoor Track & Field Women’s Coach of the Year on Friday, while Tevin Hester and Natoya Goule were Men’s and Women’s Track Athlete of the Year recipients, respectively. The awards were voted on by the ACC’s head coaches.

Goule won the 800 crown — Clemson’s first NCAA Indoor title in the event — in record-breaking fashion. She ran a time of 2:01.64, besting the previous championship record set in 1999 by Hazel Clark. It is also an ACC record. Goule also anchored Clemson’s 4×400 relay to a fourth-place finish and school-record time of 3:30.88. Goule was an ACC Champion with the 4×4 and runner-up in the 800 meters and with the distance medley relay. She previously was named USTFCCCA Southeast Region Track Athlete of the Year as well.

Hester put together the best individual season of his three-year Tiger career. The Oxford, N.C., native was a first-team All-American in both the 60 and 200. He finished sixth in the 200 and seventh in the 60. He also won his first ACC Championship in the 200. He set personal bests in both events, 6.56 in the 60 and 20.77 in the 200. Hester was the ACC Indoor Championships Most Valuable Track Athlete as well.