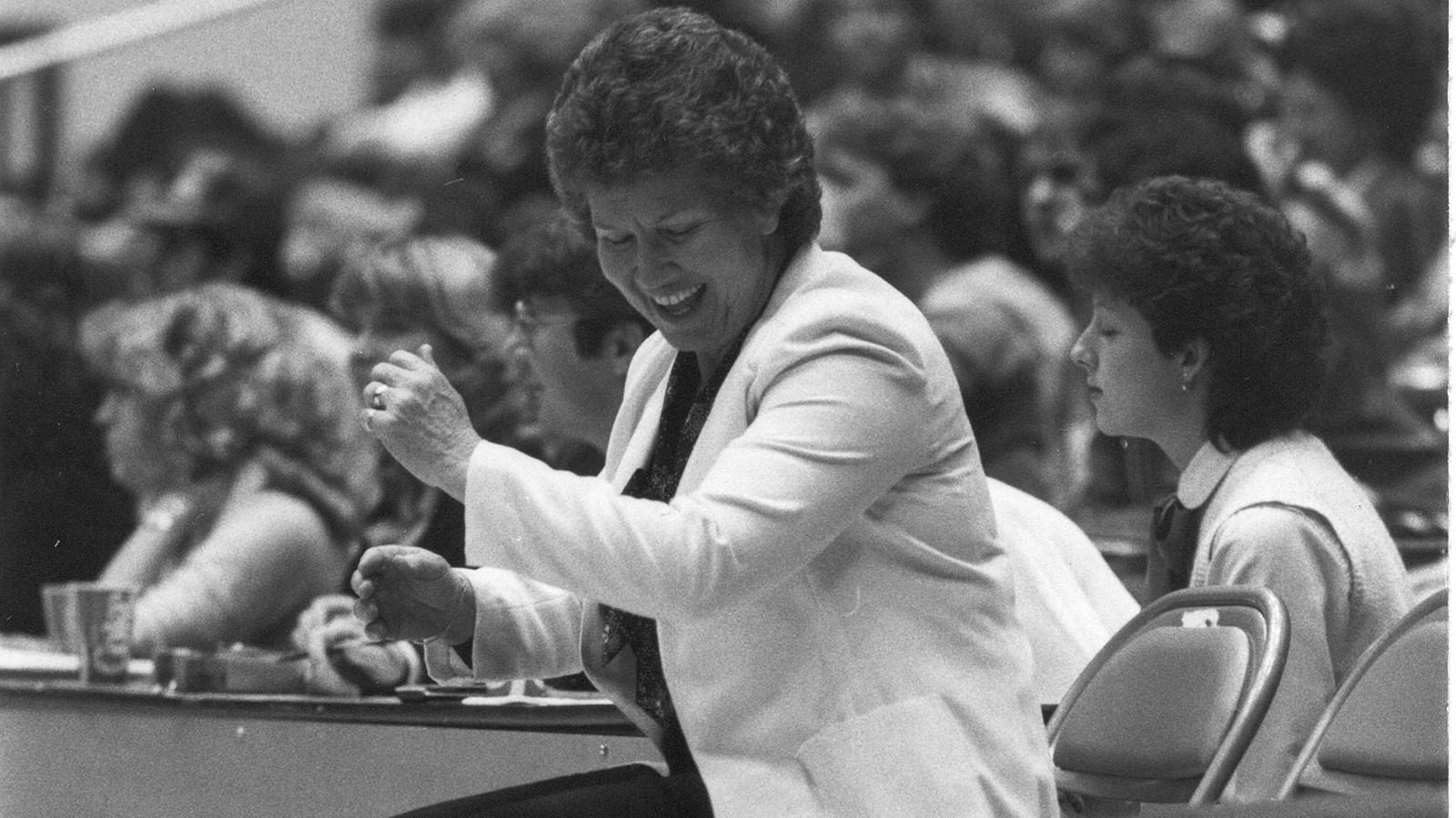 CLEMSON, SC – Clemson Hall of Fame Women’s Basketball Coach Annie Tribble  passed away on Thursday, April 18 after a battle with  cancer.  Tribble, 80,  died in hospice care in a facility in Anderson, SC.   Tribble served as Clemson’s women’s basketball coach from the 1976-77 season through the 1986-87 season.  In her 11 years she led the Lady Tigers to at least 20 wins seven times.  The Lady Tigers advanced to postseason play seven times, including the inaugural NCAA Tournament in 1982.   The Clemson graduate had a record of 200-135 for her 11 seasons at Clemson and had 22 wins over top 25 teams, including  victories over seventh-ranked Tennessee, 13th ranked South Carolina,  and second-ranked Old Dominion in a two-week period during the winter of 1981.  Clemson won the ACC Regular season title that year, the first ACC championship of any kind in Clemson basketball history.   Tribble brought Barbara Kennedy to Clemson in 1978.  Kennedy went on to become the ACC’s all-time leading scorer and rebounder, marks she still holds today. On Tuesday of this week, Tribble was presented with two honors by Bill D’Andrea, director of Clemson’s Tiger Letterman’s Association First, Tribble was presented with the Key to the City of Clemson.  Then she was presented with a plaque that named the Clemson Head Women’s Basketball Coaches Office in her honor.   In addition to being a member of the Clemson Athletic Hall of Fame, Tribble is also a member of the State of South Carolina Athletic Hall of Fame. Before coming to Clemson she coached nine years at Anderson College, which was then a junior college.  She had a record of 155-33 for a .824 winning percentage at Anderson. She won the National JUCO Championship in 1973-74, 1974-75 and 1975-76.  Her 1975-76 team was 38-2.  She won 68 of her last 78 games at Anderson. “Annie Tribble was a pioneer of women’s athletics at Clemson,” said D’Andrea, who was a member of Danny Ford’s football staff when Tribble was the head basketball coach of the women’s program.   “She did so much for our overall athletic program with the way she represented the department.  She was so well respected in the women’s basketball community.  After retirement she was such supporter of all of our programs.  She will be missed.”